PHILADELPHIA, PA - SEPTEMBER 25: Carson Wentz #11 of the Philadelphia Eagles warms up before a game against the Pittsburgh Steelers at Lincoln Financial Field on September 25, 2016 in Philadelphia, Pennsylvania. (Photo by Rich Schultz/Getty Images)
By Sean Cunningham 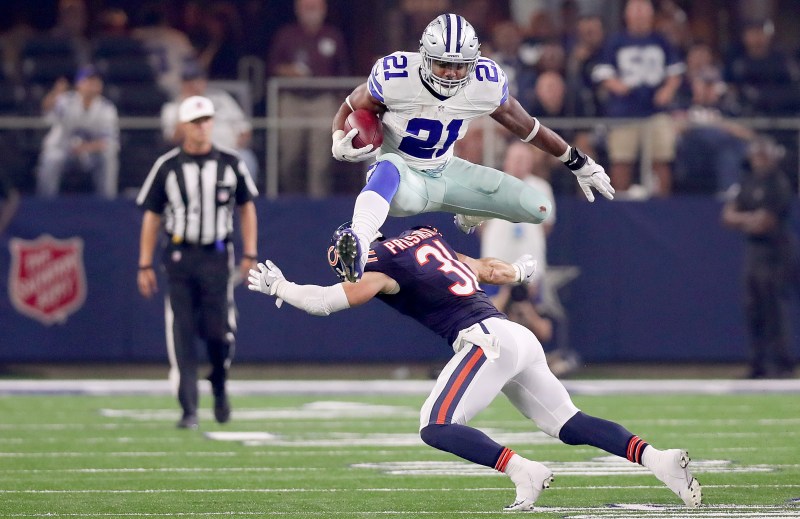 Ezekiel Elliott #21 of the Dallas Cowboys hurdles Chris Prosinski #31 of the Chicago Bears while carrying the ball in the fourth quarter at AT&T Stadium on September 25, 2016, in Arlington, Texas. (Tom Pennington/Getty Images)
Getty Images

Before the NFL season, Sports Illustrated reached out to scouts who, speaking anonymously, named the most overrated (and, on a more positive note, most underrated) player for each team in the NFL. A quarter of the season complete, RealClearLife decided to pull out some of the highlights among the overrated. Quarterbacks tend to be highly represented on these lists — after all, it’s the key position on a team and the one with the most measurable stats — so here are some QBs the scouts called out, and how questionable those calls seem now.

The Scouts Called It

Kirk Cousins, Washington: “QB play is not dynamic enough for them to run away with the division this year.” Washington has fallen behind division rivals the Eagles and the Cowboys, even with both of those teams starting rookies at quarterback. While Cousins isn’t a disaster, he’s not throwing many touchdowns and currently averages an interception a game. 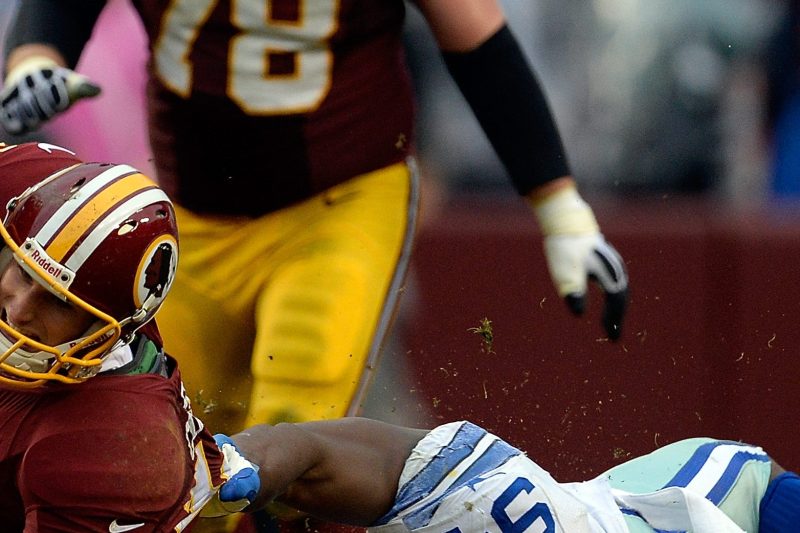 Quarterback Kirk Cousins #12 of the Washington Redskins is tackled by DeMarcus Ware #94 of the Dallas Cowboys in the second half during an NFL game at FedExField on December 22, 2013 in Landover, Maryland. (Patrick McDermott/Getty Images)

Brock Osweiler, Houston: “When you come off the bench as a second-round pick who hasn’t played, there really is not a whole lot of pressure on you. And now, when you get the big contract, the expectations, and the pressure is a lot different. It will be interesting to see how he deals with that.” So far Osweiler’s dealt with it by throwing more picks than touchdowns, which is a sure recipe for an angry fan base. 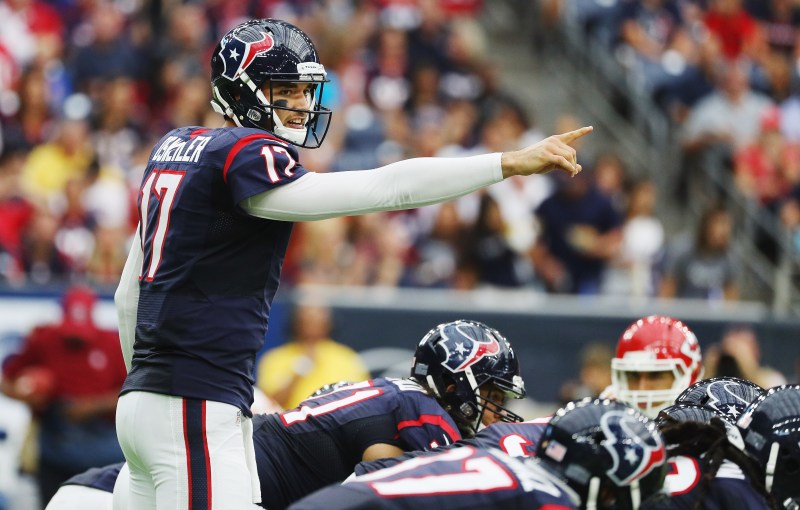 Brock Osweiler #17 of the Houston Texans calls a play in the second quarter of their game against the Kansas City Chiefs at NRG Stadium on September 18, 2016, in Houston, Texas. (Scott Halleran/Getty Images)
Getty Images

Carson Wentz, Philadelphia: “He has a hitch in his delivery where his elbow flares out, and he’s kind of a rigid guy in the pocket—mechanical is the word that comes to mind.” Wentz has looked like a Pro Bowler for the Eagles and established himself as the most popular man in Philly since Ben Franklin. 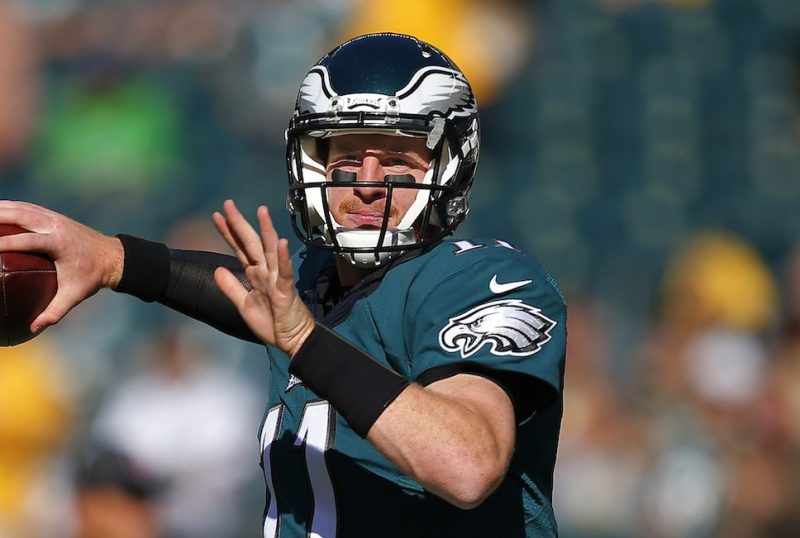 Carson Wentz of the Philadelphia Eagles warms up before a game against the Pittsburgh Steelers at Lincoln Financial Field on September 25, 2016, in Philadelphia, Pennsylvania. (Rich Schultz/Getty Images)

Andy Dalton, Cincinnati: “Dalton is one of the classic examples of a quarterback who gets way too much praise when things go right and way too much blame when things go wrong.” While his team only won half of its first four games, Dalton overcame his offensive line collapsing in a Week 1 victory over the Jets (he threw for 366 yards despite seven sacks), showing the Red Rifle actually does sometimes deserve some credit. 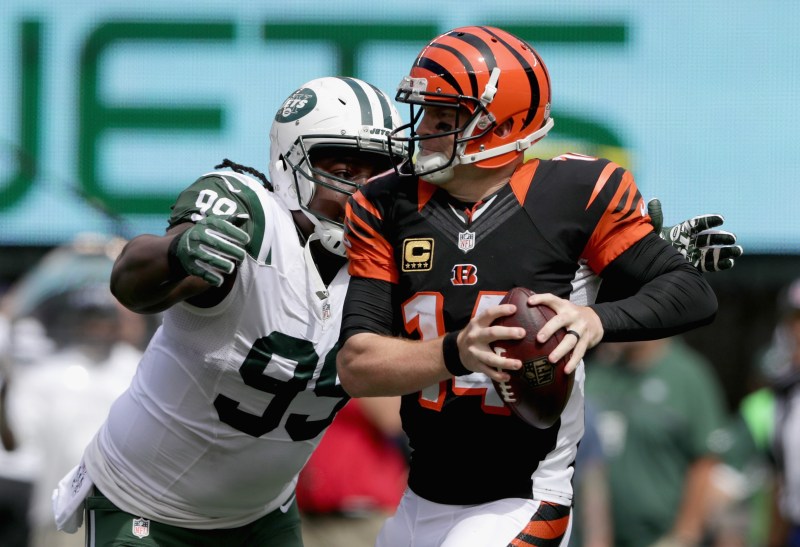