The name of the game at new interactive exhibit in NYC is celebrating sports, art and culture. 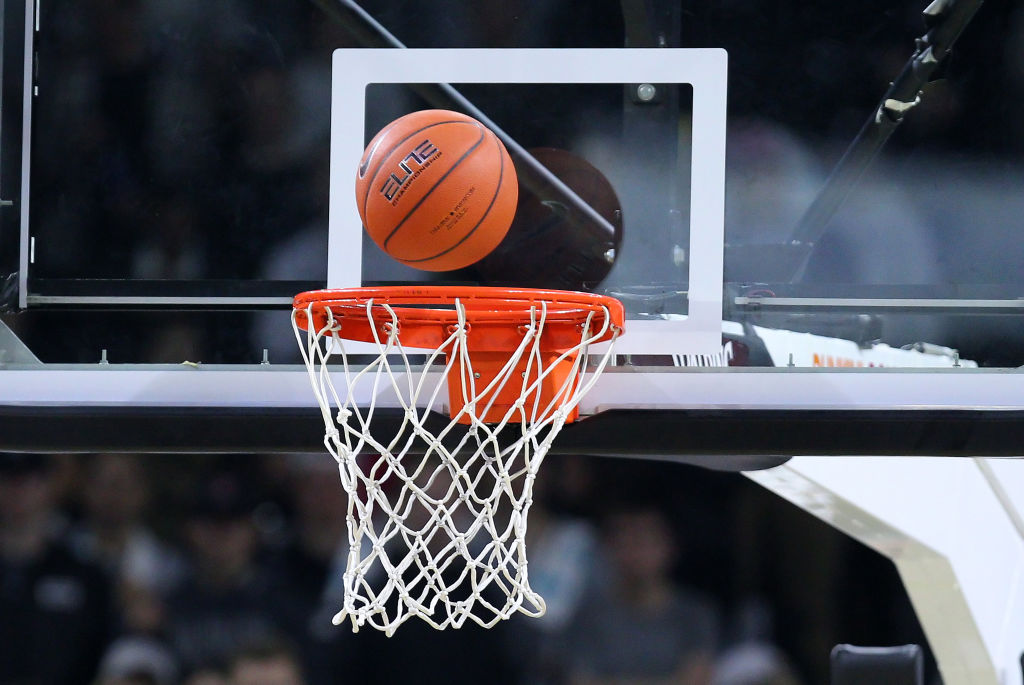 PROVIDENCE, RI - NOVEMBER 06: A general view of the game ball on the rim during a college basketball game between Siena Saints and Providence Friars on November 6, 2018, at the Dunkin Donuts Center in Providence, RI. (Photo by M. Anthony Nesmith/Icon Sportswire via Getty Images)
Icon Sportswire via Getty Images
By Zachary Weiss / November 12, 2018 5:00 am

There came a time, not too long ago, when the great keepers of New York City’s ground floor retail landscape chose to lighten up a bit. Vacant properties wouldn’t require multi-year commitments, but rather just a month or two. In doing so, a new sort of experience — the pop-up “museum” — sprouted in all corners and boroughs with some delightfully quirky themes.

Now, springing up in Williamsburg, Brooklyn, through the fall/winter seasons is Future of Sports, a 9,000 sq ft space that takes the pop-up museum concept beyond simple Instagram bait and into a world of real, physical activity — perhaps to work off gluttonous foodscape-themed pop-ups that have arisen earlier. Like the Museum of Pizza, which saw visitors leaving covered in cheesy t-shirts, followed by the Museum of Ice Cream, then came The Egg House, an homage to — you’ve guessed it — the egg.

Sporty Sunday after a sporty Saturday! Good luck and congrats to all the runners of the @nycmarathon!! ? I have so much RESPECT !!! ??? . . . This picture was taken yesterday at @thefutureofsports . Casper and I had a lot of fun with the interactive exhibition ⚽️?? Thank you @thefutureofsports and @fomofeedkids !

The Future of Sports interactive exhibition concept has already taken Washington, D.C. by storm last year when a whopping 20,000 people purchased tickets during its two month run in a former clothing store on the city’s H Street NE. It’s the brainchild of Nicole Pinedo, who, prior to kicking off Future of Sports, considered herself to be chiefly a multidisciplinary artist, often producing content for emerging musical acts, with a side of sports fanatic that stemmed from an early age watching her father compete in the 1994 World Cup playing for Bolivia.

“The mission of future of sports is to bring people together by creating community,” Pinedo told us. “We want to inspire them to move; to be healthy and fit, and mobilize them to create change in their communities by inspiring through sports, art, and culture.”

Hoop Dreams ? . Sticking with the sport theme of Marathon Sunday – another photo highlight from the latest immersive experience that is a must see, Future of Sports. . WHAT:  Art meets Sport at Future of Sports – an immersive call-to-action experiment which uses the power of sport, culture and art to bring communities together and inspire them to change the world. Their mission is to create sport experiences that promote equality and sustainability and that give back to the community. This exhibition features interactive rooms that highlight soccer, basketball, tennis, boxing and cycling. . PHOTO CREDIT: Absolutely amazing pics are from the insanely talented @bonnesilvie. Swipe for more! . WHO:  @thefutureofsports . WHERE: 61 N 9th St Brooklyn . . WHEN: November 3, 2018-January 6, 2019. W-F 10am to 8pm, Sa/Su 10am to 10pm . PRICE: $35 (2 and under free) . FEED INSPIRATION: #futureofsports #NOTimpossible . . . . . #FOMOfeed #FOMOfeedkids #NYC #NewYorkCity #sports #tennis #art #nycart #futureofsports #popup #nycpopup #popupnyc #nyckids #citykids

A visit to this new iteration of the pop-up, located inside of a repurposed warehouse, is a bit like stepping into a futuristic playground of fitness. Visitors can get moving with instructor-led classes from workout programs du moment like boxing, cycling, and even Y7 hip-hop yoga, but instead of getting a sweat on in a dark and nondescript studio, it’s all done alongside visually stimulating art installations.

In one room, a basketball court is reimagined with a monochrome hoop and day-glo walls, and in the cycling studio, a sterile, neon-lit rotunda that might feel right at home in Cary Fukunaga’s latest Netflix hit, Maniac. However, the ultimate crowd pleaser comes at the end of the winding maze of visually captivating vignettes where you find that a pool’s tiling and numbered lanes has been wrapped around a single narrow hallway — seemingly reverse-engineered from the very beginning for the perfect Instagram solo shot.

After some first-hand participation in a workout at the space, we’re game for a future where fitness and elevated aesthetics can live happily together. To see Future of Sports first-hand, tickets can be purchased here.