It's a terrible era to be a Knicks, Rangers, Jets, Mets and Rangers fan.

As the New York Yankees take their home-field on Thursday for the season opener, the usual expectations are in place for a long postseason run.

Fans come to Yankee Stadium expecting the familiar strains of Frank Sinatra’s “New York, New York” to play over the loudspeaker with a win — always singing along with the the line, “if I can make it there, I can make it anywhere.”

That’s a great sentiment for the most populous city in the nation and the media capital of the planet.

Only, it no longer holds true for the rest of the New York sports world, where outside of the Bronx, the Big Apple has been a big bust over the last few years.

Since 2002, New York sports teams have brought home just three titles. By comparison, Boston, a city whose contribution to world culture is New Kids on the Block and fans rooting for “playahs,” has notched 12 — six Super Bowls from the Patriots, four World Series for the Red Sox, and one title each for the Celtics and Bruins. 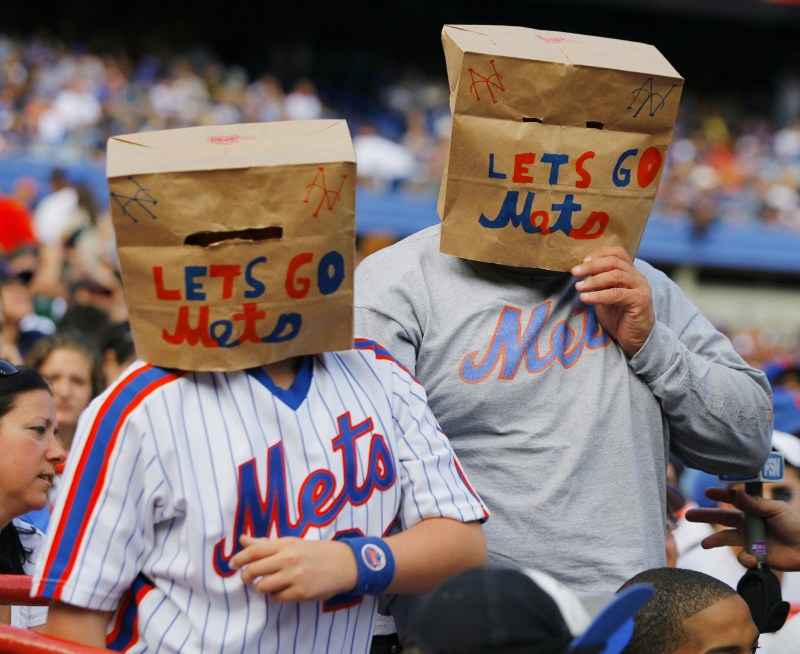 The Mets went to the World Series just three years ago, a span that seems even longer as franchise legend David Wright went from a lynchpin to an injury-plagued cautionary tale to a desk job in that time. The next time the team actually wins a championship will be the first time since Cyndi Lauper’s “True Colors” took the top spot on the Billboard Charts.

The last New York team to win a championship, the Giants, who upset the Patriots in 2008 and 2012, have largely been in a downward spiral ever since. They won’t win another one soon. Giants GM David Gettleman shipped his best player, wide receiver Odell Beckham Jr., to the Cleveland Browns in possibly the worst trade since Jack left home with a cow and came back with some beans.

Jets fans have more reason to be optimistic with a rising young quarterback in Sam Darnold and free agent addition running back Le’Veon Bell. But the last time the franchise won a title, Joe Namath was modeling panty hose. 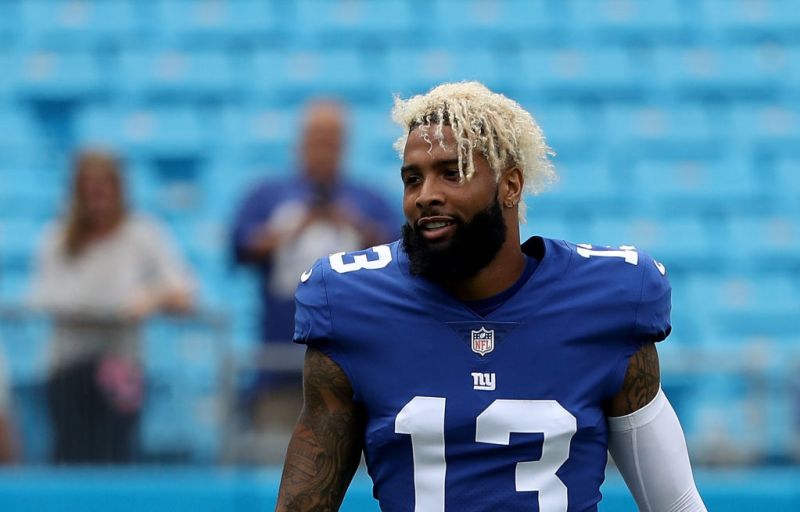 Odell Beckham #13 of the New York Giants warms up against the Carolina Panthers at Bank of America Stadium on October 7, 2018 in Charlotte, North Carolina. (Photo by Streeter Lecka/Getty Images)
Getty Images

The court of public opinion is even harsher on the basketball court. After jettisoning their lone star, Kristaps Porzingis, in a yet another attempt to rebuild from the bottom up, the Knicks are on track to finish with the worst record in the team’s 73-year history. This squad already owns the dubious distinction of a franchise-record 18-game home losing streak — a once unthinkable low inside hallowed Madison Square Garden.

But it’s not like hockey fans have much more to cheer for at the World’s Most Famous Arena: the Rangers are already eliminated from the playoffs, in the midst of a rebuild while the hated crosstown Islanders are surging towards a postseason run. After the 1994 Rangers team ended an infamous 54-year Stanley Cup drought, the franchise is now a quarter century deep into another one. 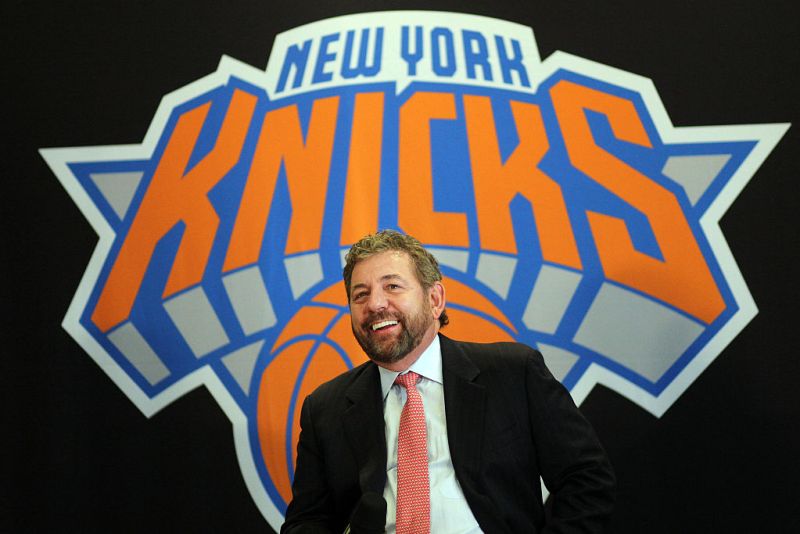 It’s clearly going to be more than a few New York minutes before any local team besides the Yankees can contend. So what are the Bronx Bombers doing right that the other bummers aren’t?

There are a number of lessons from the team in pinstripes:

Spend money … But not on the wrong contracts: It’s not like the Yankees have it down to a science, as fans are reminded during the occasional Jacoby Ellsbury sighting between DL stints. But for the $330 million that the Phillies invested in 13 years of Bryce Harper, the Yankees used the offseason to extend Luis Severino (4-years, $40 million) and Aaron Hicks (7-years, $70 million), bolster their bullpen with Adam Ottavino (3-years, $27 million) and Zach Britton (3-years, $39 million), re-sign pitcher J.A. Happ for two years ($34 million), and fortify their infield with D.J. Lemahieu (2-years, $24 million) and Troy Tulowitzki ($500,000). And they saved $100 million in the process.

The other teams? Well, let’s just say the Mets are paying Bobby Bonilla through 2035. The only consolation about the Knicks signing of Joakim Noah to a four-year, $72 million contract is that it made fans forget about the amounts thrown out a few years earlier on Eddy Curry and Jerome James.

Build a foundation on good, young, relatively cheap talent: Just as two decades earlier, the Yankees built a dynasty on the “Core Four,” the current squad is driven by home-grown talent and prospects including ace Severino, outfielder Aaron Judge, and catcher Gary Sanchez. Because their salaries are still relatively low, it allows the team to add some veterans to fill in a few holes. The Giants, having drafted poorly over several years, were forced to overpay veterans to field a decent defense, which has led to cap problems. Nobody, though, has done it as poorly as the Knicks, who have tossed away first-round picks on their high-priced, mediocre veterans — and then drafted disappointments like Frank Ntilikina when they did keep the picks. The Rangers, at least, are moving in the right direction, developing a number of high draft picks with bright futures.

Players and owners shouldn’t make headlines for the wrong reasons: Chemistry matters. While the Yankees are content to field a boring team that sticks to the back pages and not the front of the tabloids, their counterparts have been a reporter’s dream — for all the wrong reasons. Beckham was a giant headache to the Giants ownership and front office for ill-timed negative interviews and questionable partying, but he was respected inside the locker-room and in the stands. Trading away a transcendent player for draft picks and a safety — even if it’s a good move for a football team that should be rebuilding — incited a whole fresh round of bad publicity. Even owners are not immune: The Knicks’ James Dolan followed up his bizarre feud with beloved franchise legend Charles Oakley with a feud with a fan.

Embrace the legacy: One common denominator all the New York teams share is history. Sure, in the case of the Rangers, it’s a legacy that has yielded just one championship in 79 years, but it’s a long history nonetheless. The Yankees are the best at parlaying that into a tangible mystique, a pride in wearing a uniform that goes back to the days when Baby Ruth was smacking baseballs out of the yard. Other teams in the city need to do a better job at rebuilding their own mystiques. Here’s an idea: instead of banning Oakley, invite him to training camp to mentor the kids.

One day, Tom Brady will hang up his cleats and Darnold’s Jets might finally be ready to take off in the AFC East. And better yet, let’s hope he faces off against Saquon Barkley’s Giants in a Super Bowl that would finally settle which team won that once-in-a-lifetime draft. Maybe all those high Rangers draft picks will add up to the right alchemy for a Stanley Cup. The balls could also bounce the right way for the Knicks and Zion may be able to raise a championship banner before he retires. The future just has to be brighter than this miserable period for New Yorkers.

Until then, there’s always the Yankees.

In Defense of the Unsentimental “SNL” Farewell
These Are the Only 5 Bourbon Bottles You Need
What Yankee Fans Did Yesterday Was Absolutely Abhorrent
Which TikTok Sex Claims Are Legit? We Asked a Sexpert.
The Best American Whiskey That Isn’t Bourbon or Rye
Ex-Super Bowl QB Brad Johnson Is the Anti-Tom Brady on Social Media

In Defense of the Unsentimental “SNL” Farewell
These Are the Only 5 Bourbon Bottles You Need
What Yankee Fans Did Yesterday Was Absolutely Abhorrent
Which TikTok Sex Claims Are Legit? We Asked a Sexpert.
The Best American Whiskey That Isn’t Bourbon or Rye