The franchise’s fallout with its star quarterback has been a hot topic on social media, and one account always seems to be lurking in the shadows

Has Ed Rodgers quietly been trolling reporters on Twitter for years?
Getty/Twitter
By Les Heintz @LesHeintz57

Colin Cowherd of Fox Sports Radio has called Aaron Rodgers “the gift that keeps on giving.” This is of course in reference to the current drama surrounding Rodgers and reports that the star quarterback is at odds with the Green Bay Packers, the franchise for whom he has played every down of his 16-year NFL career.

According to multiple reports, Rodgers has demanded to be traded due to irreconcilable differences with the team’s front office. It’s the kind of theater that fuels talk-radio shows and raises the blood pressure of most Packers fans. It also appears to be having an impact on at least one member of the Rodgers family.

Last month, I wrote a column for another site examining why many fans have decided to side with the team over its franchise quarterback throughout the dispute. A few days later, I checked my phone and found a random — and especially snarky — tweet replying to my story on social media.

“Dumb article” the writer commented. Without even thinking, I responded, “I’m glad you found someone to read it to you!”

A few minutes later, my critic addressed me again, this time sending a lengthy direct message that only I could see. I almost deleted it without reading, but then the name hit me like a ton of bricks: @edrodgersdc. Ed Rodgers. Was Aaron’s — allegedly estranged — father ranting at me on social media?

Aaron’s split with his family has been widely reported since 2016, when his brother Jordan appeared on The Bachelorette. In a 2017 interview with the New York Times, Ed Rodgers said he had not spoken to his son since 2014; it is unclear whether they’ve reconciled since or are still at odds.

“Hey Les, I don’t like your article,” wrote the putative elder Rodgers. “You’re assuming all the media coming out is true. Plus, you’re forgetting this is a business. ”

From there, the 216-word message quickly devolved into a screed against the Packers as an organization, Brett Favre, former head coach Mike McCarthy and fans of the team.

“Favre lasted too long and then waffled,” railed my reader. “Aaron has given this organization everything even when the GMs over the years did little to nothing to get him elite weapons.”

“Except for some early on drafts by [former GM] Ted [Thompson], there was no one brought in with elite talent except Adams. It is so mind boggling to his family and friends since Aaron is a generational talent.”

It should be pointed out that since Aaron Rodgers was named starting quarterback in 2008, the Packers have had 52 players named to the NFL Pro Bowl, led by eight appearances from Rodgers himself. Former Head Coach McCarthy was named Coach of the Year (2007) and led the Packers to a Super Bowl (2010) over that same period of time.

But here’s what @edrodgersdc had to say about the old ball coach:

“And the hiring of McCarthy was a joke considering we could have had Sean Peyton [sic] who is a great offensive coach especially when compared to the buffoon MM.”

Of course, at the heart of the recent drama is the quarterback in waiting. According to multiple reports, Rodgers is upset that current General Manager Brian Gutekunst not only picked quarterback Jordan Love in the first round of last year’s NFL draft, but that he traded up to do so. Aaron seemed to suggest as much during his post-game media session following the Packers loss to Tampa Bay in the NFC Championship game, when he referred to his future with the Packers as “a beautiful mystery.”

My new Twitter acquaintance had this to say about the Love pick:

“Last year’s draft was a joke. They moved up to get a QB that most experts say could have been taken in the 2nd round. It was a terrible draft. And I predict their treasured QB of the future will be average at best.”

At this point I need to concede that social media can be a wasteland of fraud, chicanery and abuse. Accordingly, I approached this correspondence with a heavy dose of skepticism. But multiple sources — including four Packers beat reporters, some of whom have similarly been on the wrong end of @edrodgersdc’s invective — have confirmed that they believe the Twitter account in question to be Ed Rodgers’s personal account.

Then there’s the simple eye test. The account has been posting about the Packers, Aaron and the Rodgers family since 2014, and its owner purports to be a doctor of chiropractic at a practice in Chico, California — just like the one Rodgers’s father openly operates. The account’s replies, as noted, consist mostly of denunciations of any sportswriter who dares take Aaron’s name in vain, and the account has on multiple occasions referred to Aaron as “my son.” One of Aaron’s brothers, Luke (who is blue checkmark-verified), follows the account, and there are family photos linked to from the feed. On top of that, the only photo posted directly to Twitter by the account is a smartphone snap from the stands at a Buccaneers-Packers game all the way back in December 2014. Two years later, after news of Aaron’s estrangement from his family broke while his brother Jordan was on The Bachelorette, a Bleacher Report story revealed that Aaron’s family drama dates back to that exact month. Is it possible that the fallout happened on this very trip, after the Packers beat the Bucs 20-3 to clinch a playoff berth?

Of course, as with any good fact-finding mission in the wild west of the world wide web, there are a few factors casting doubt on the account’s veracity. For one, while @edrodgersdc has retweeted and interacted with the account of Aaron’s brother Luke, that activity has never been reciprocated. And then there’s the obvious: Aaron Rodgers is famously critical of the media, and rarely speaks publicly about any off-field topic, as evidenced by his tight-lipped approach to the events of this offseason. In this context, his father so brazenly criticizing the Packers on social media feels like an act of near treason, estrangement or not.

What we’re left with is one of two scenarios: the account is either legitimate or one of the most rigorously researched and long-running parody accounts in the entire Twitterverse.

After receiving the first note from @edrodgersdc, I replied saying that I appreciated the fact that he was defending his son. I also told him I’d like to talk further. A few days later, the account replied with a calmer message. (Note: we cleaned up some of the punctuation.)

“Thank you,” it began. “I probably take offense [too] much as there’s so much misinformation about my son out there. I really shouldn’t read many of these articles. It really pisses me off. There’s so much that I know behind the scenes that happens and no one has any idea.”

My reply to that message was a polite request for an interview via phone or video conference. That request as well as a call to Ed Rodgers’s chiropractic office in Chico have gone unanswered.

For their part, the Packers have said they will not trade Aaron Rodgers.

“Aaron’s our guy,” said Gutekunst at a recent press conference. “He’s going to be our quarterback for the foreseeable future. We’re excited about the things we’re going to try to accomplish here over the next couple of years.”

Packers President Mark Murphy took it a step further by acknowledging the public pressure the team is facing.

“The situation we face with Aaron Rodgers has divided our fan base,” wrote Murphy on the team’s website. “We remain committed to resolving things with Aaron and want him to be our quarterback in 2021 and beyond. We are working to resolve the situation and realize that the less both sides say publicly, the better.”

Aaron, meanwhile, has had an eventful offseason. He announced he’s engaged to actress Shailene Woodley, he was a guest-host on his favorite game show, Jeopardy!, and he’s vacationed everywhere from Disney World to Arkansas to Canada to Hawaii. He engaged in some light Twitter banter with Tom Brady over an upcoming golf showdown, and earlier this week appeared in an interview to promote the same event.

Not to mention the stir Aaron has caused with the Packers and their fans. Aaron skipped the Packers mandatory mini-camp at the beginning of June, an absence for which could be fined up to $93,000. He was also a no-show at voluntary team workouts held in Green Bay, forfeiting a $500,000 workout bonus in his contract in doing so.

While some would suggest those actions speak for themselves, Aaron has yet to publicly acknowledge what has been widely reported: that he wants out of Green Bay, and will never play for the Packers again if that wish isn’t granted.

During an interview on ESPN’s SportsCenter in May, Rodgers refused to confirm or deny those rumors, though he referred to his 16 years with the team in the past tense. Regarding his future with the Packers, Rodgers said only that “anything’s on the table at this point.”

The tweeter known as @edrodgersdc, on the other hand, left no doubt about his true feelings.

“The fans cussed at my son when he took over for Brett and now they’re cussing at him when he wants to leave. Stupid fan base,” he wrote. “I hope he leaves for a team that truly will appreciate his talent and character.”

I have re-read the messages several times since receiving them. I view them as a passionate response from an irate father defending his son. And in terms of substance, I can’t tell whether he’s offering genuine insight into Aaron’s thinking or just repeating stale media talking points.

That said, it’s clear that @edrodgersdc is angry and wants Aaron to leave Green Bay. If he is who he says he is, Packers fans better hope the apple doesn’t fall too close to the tree. 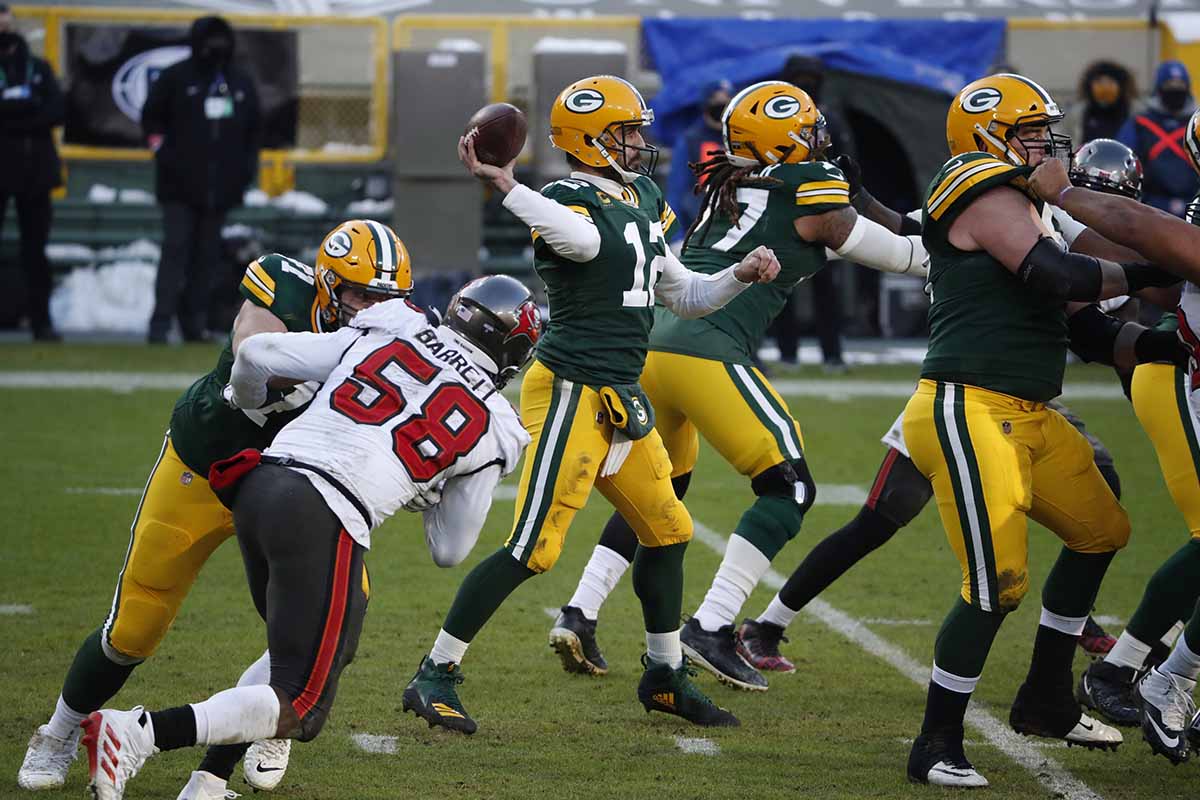 According to Advanced Metrics, Aaron Rodgers Has Mastered Nearly Every Type of NFL Throw 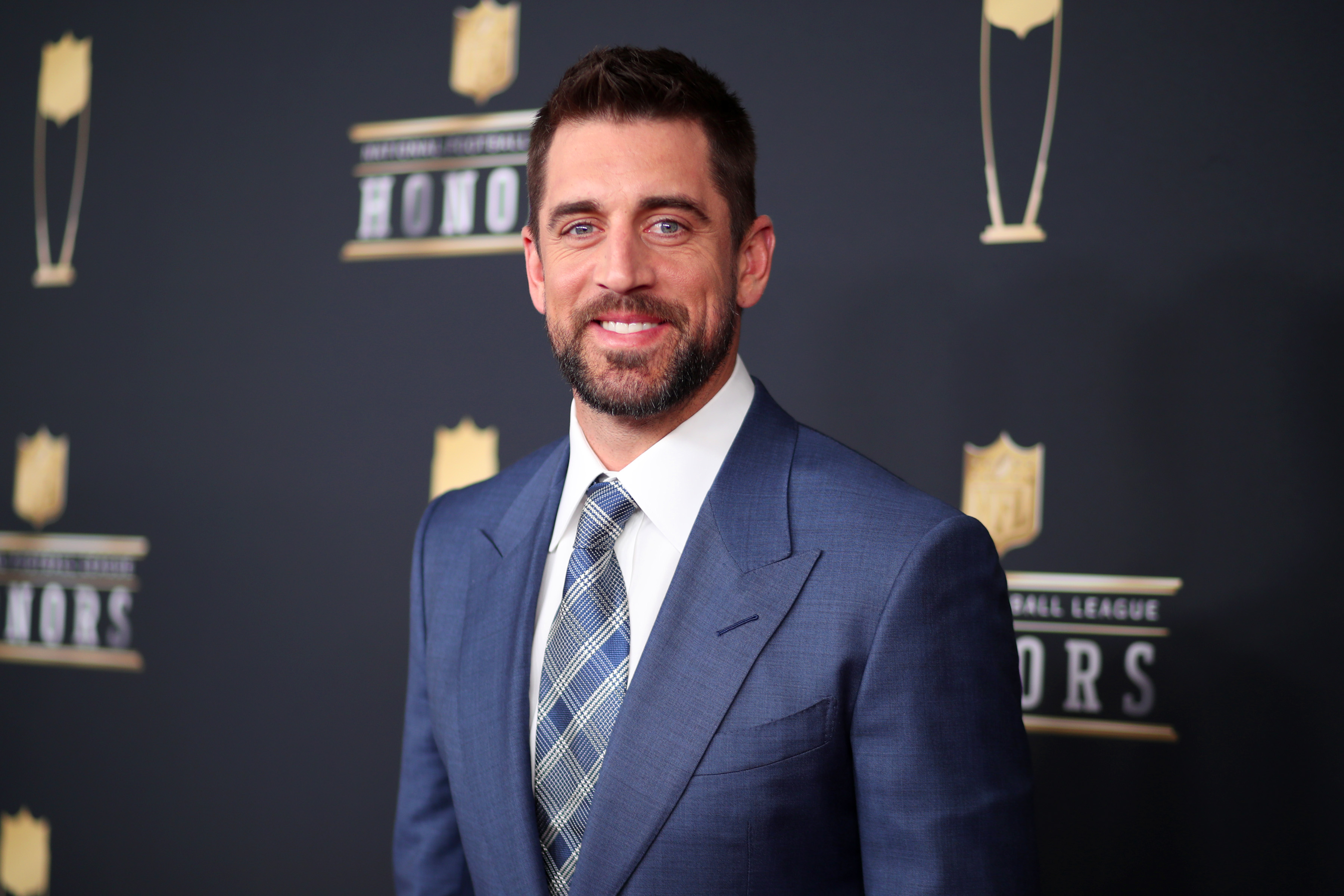 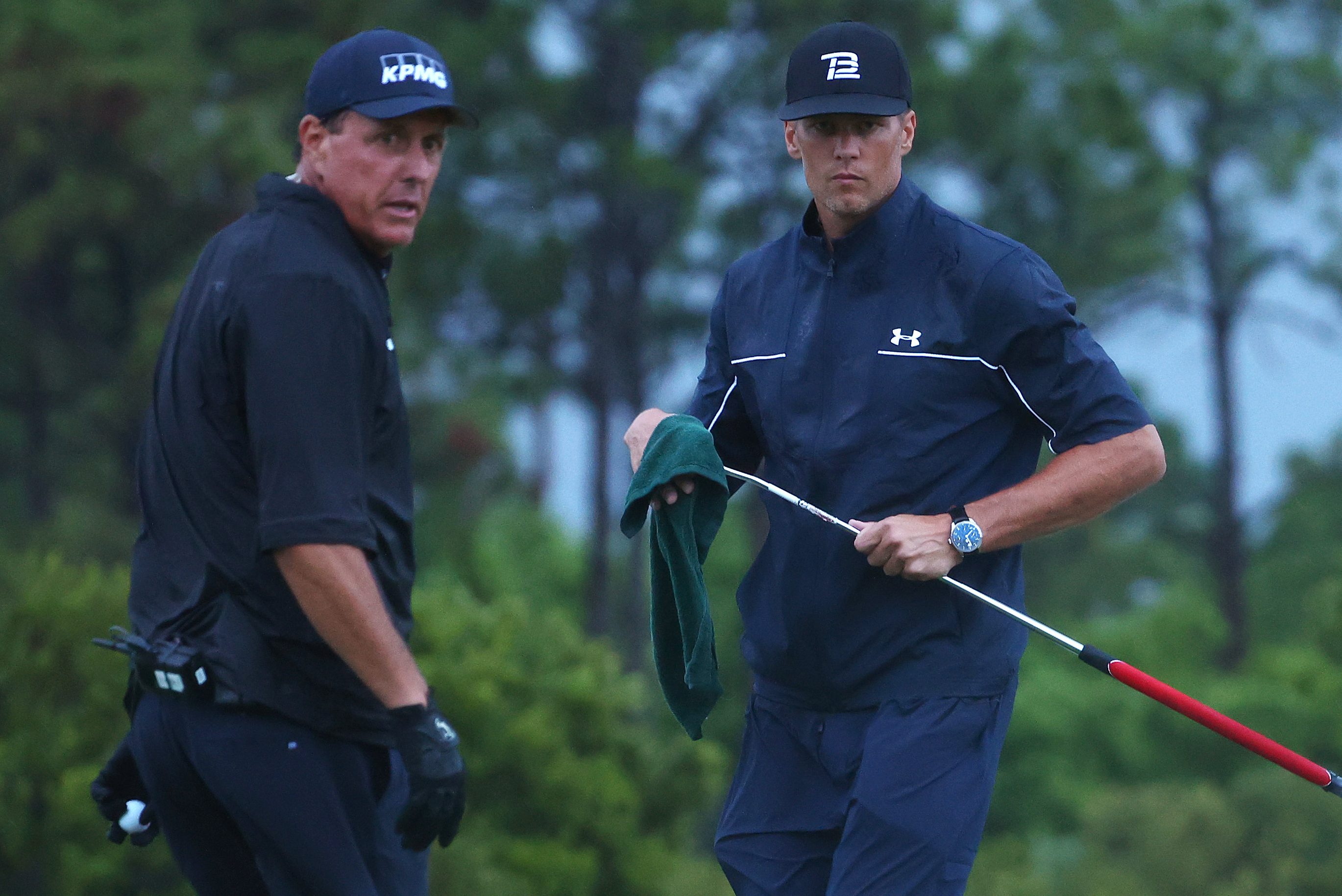