The images from space provide a different perspective of devastating events.

Sediment flowed into Monterey Bay because of high water levels in rivers. (NASA)
By Rebecca Gibian

After devastating natural disasters, we see a lot of images of the destruction from the ground. NASA images provide an opportunity to look at these tragic events from above and gain new perspective. We look at some images NASA gathered over the past year of natural disasters like Hurricane Marie, the California wildfires and more.

Cyclone Marcus was the first category 5 cyclone of 2018 and the strongest to hit Darwin, Australia, since 1974. (NASA) During the first week of 2018, millions of people along the East Coast got battered with snow and ice, gusty winds, and had to deal with power outages, travel delays, school closings, and flooding.

NASA picture shows the effect of the Thomas Fire in December, 2017. (NASA) 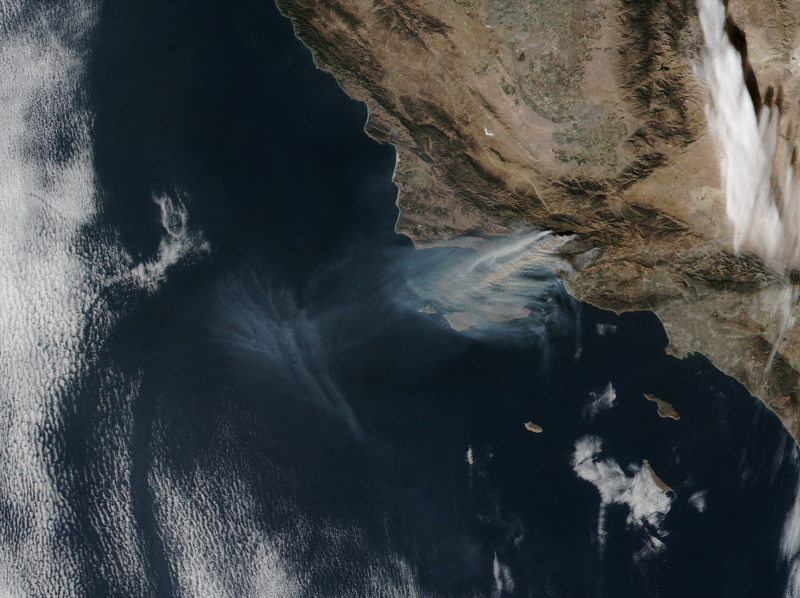 Smoke from the Thomas fire in California. (NASA) 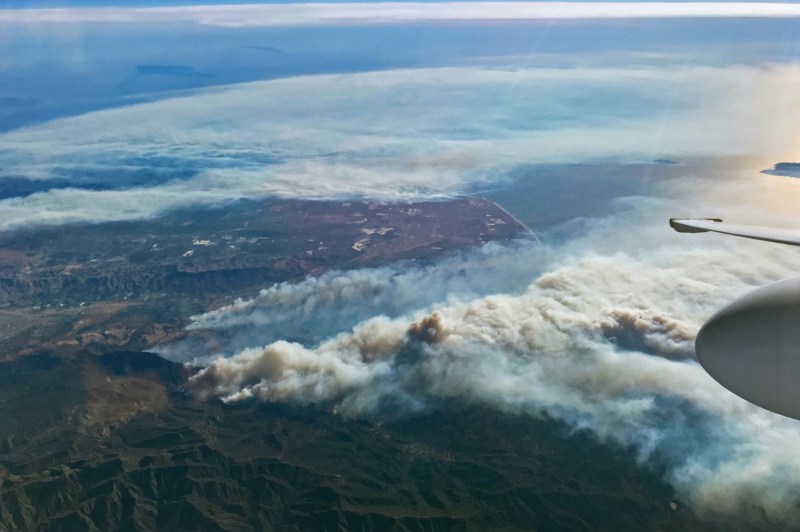 Smoke from the fires in California. (NASA)

The Thomas fire, in 2017, shattered the record for fires in December. It was the second largest fire on record in California. When it was only 60 percent contained, it had already scorched 272,000 acres.

On November 14, 2017, a slow-moving weather system in the Mediterranean cause torrential rain and flash floods in Greece. (NASA)

On November 14, 2017, a slow-moving weather system in the Mediterranean cause torrential rain and flash floods in Greece. In Mandra, a town west of Athens, hundreds of people were left homeless and the flood claimed several lives.

Three Hurricanes in the Atlantic

Three hurricanes gather in the Atlantic in Sept. 2017.

On September 6, hurricanes Katia, Irma, and Jose lined up across the basin. You can see all three in this image, captured that day by the Visible Infrared Imaging Radiometer Suite (VIIRS) on the Suomi NPP satellite. 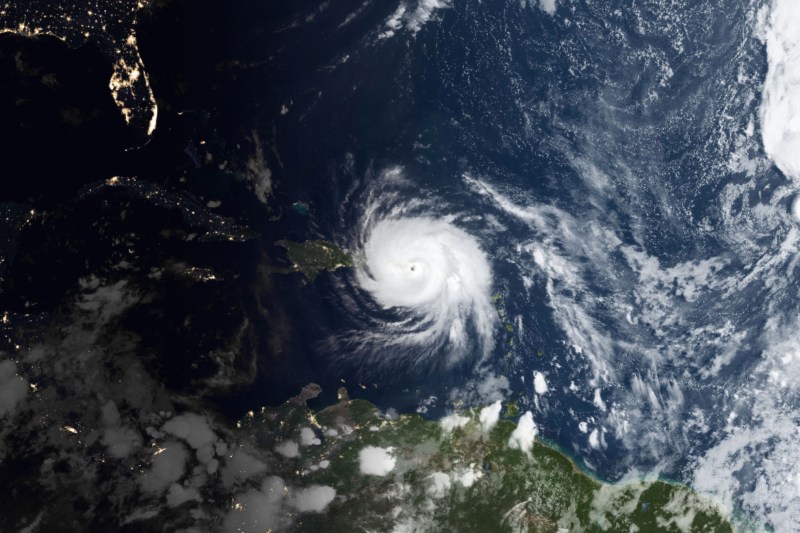 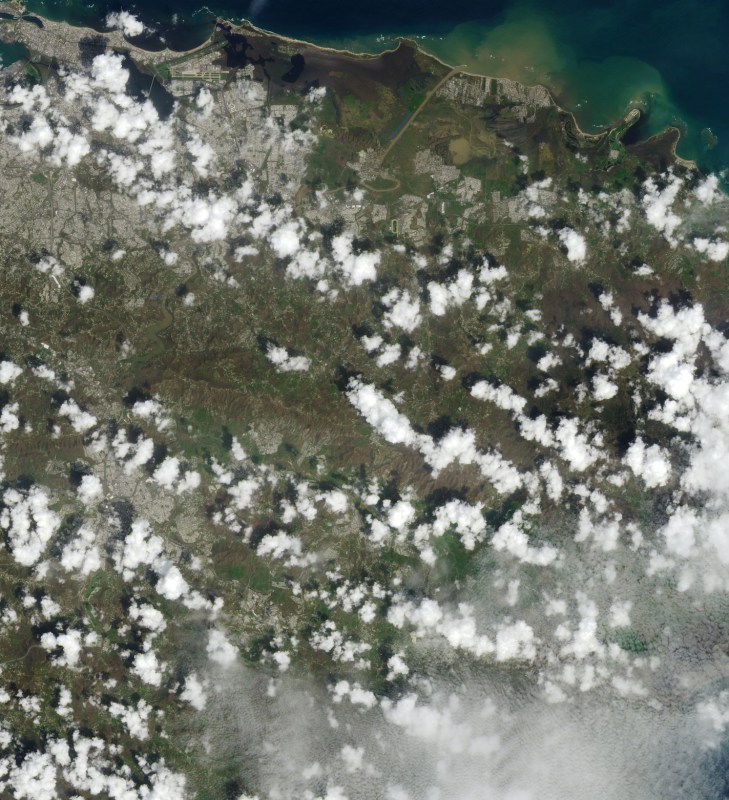 Hurricane Maria devastated Puerto Rico in September 2017. Electricity was out throughout the entire island. Powerful winds ripped apart houses and tore power lines. Cell phone service was offline in many areas and flooding happened in most coastal cities. Flash floods and landslides occurred because of extreme rainfall rates.

In April 2017, several weeks of intense rain caused severe floods and mudslides in Peru. In this picture, captured by the Operational Land Imager (OLI) on Landsat 8, you can see flood waters near the town of Parachique. More than 180,000 houses throughout the country were flooded, according to Lutheran World Relief.

In March 2017, a long-dormant volcano on Russia’s Kamchatka Peninsula erupted. NASA reports that several satellites caught images of a thick, ash-laden plume trailing from Kambalny. By 1:34 p.m. local time the day it erupted, the plume stretched about 100 kilometers (60 miles) to the southwest.  By March 26, ash falls covered the ground on both sides of the volcano. 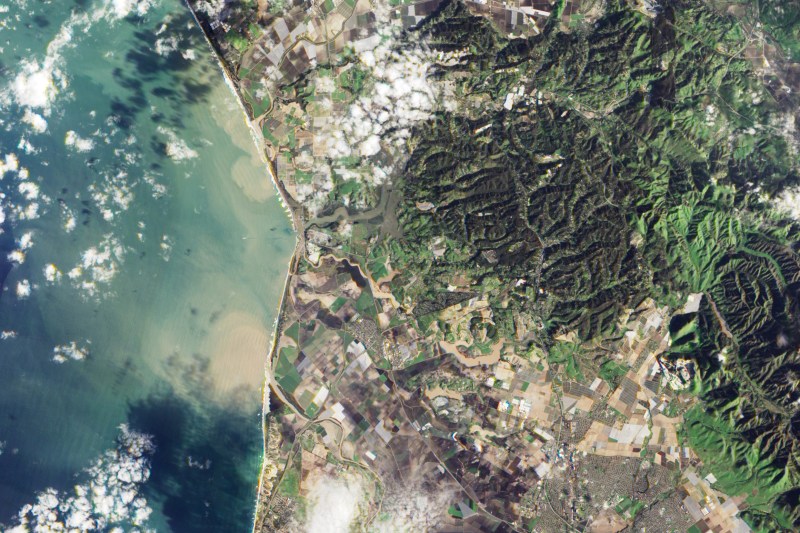 Sediment flowed into Monterey Bay because of high water levels in rivers. (NASA) 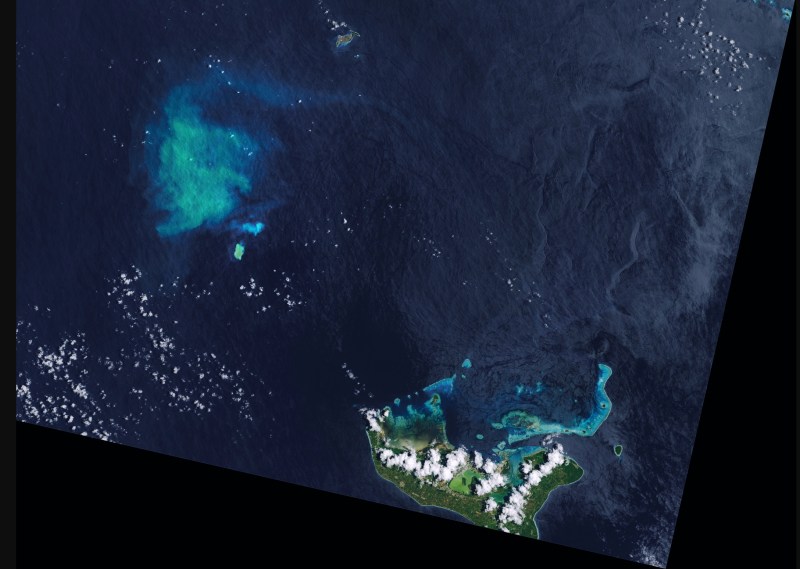 Tour Commish Jay Monahan Says PGA Truce With LIV Series Is "Off the Table"
You Won’t Believe How Easy Charlie Palmer’s Steak Recipe Is
Why You Should Eat Fruits You’ve Never Heard Of
Meet Keng-Fu Lo, the Best Car Garage Designer on the Planet