In an increasingly homogenous neighborhood, Madam's Organ still stands out 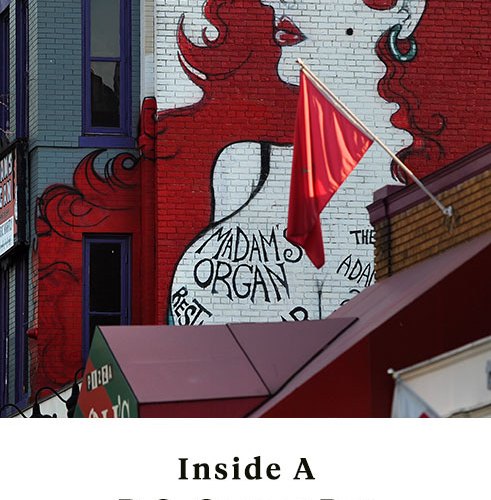 DC is home to plenty of great watering holes, but none is more beloved than the corner bar. Hence we bring you Know Your Corner Bar, an occasional, ahem, dive into the tales and characters behind one of the city’s most storied taverns.

If you take a stroll around Adams Morgan this afternoon — still arguably DC’s funkiest neighborhood, gentrified or not — you might be enticed by the architecture. Colorful row homes jut up three stories high, some capped with pointed roofs and others displaying the unique street art that the neighborhood has come to be known by. Or maybe you’ll be drawn in by its many trendy shops, like the streetwear-focused Commonwealth or Meeps for vintage.

Pay it a visit at night and it’s a different scene altogether: you’ll dodge through crowds of bar hoppers as the sound of jazz music spills out of Columbia Station and whiffs of late-night pancakes and bacon waft through the doors of the DINER.

Madam’s Organ is what you’d call a DC institution. Playboy once named it one of their favorite bars in America, and its facade is hard to miss, with a neon sign glowing bright with the words “SORRY, WE’RE OPEN.” But perhaps its most distinguishing characteristic is the, uh, well-endowed mural on the side of the building.

With fiery red hair and breasts bearing the name and particulars of the bar, even Washingtonians who have never stepped foot into Madam’s Organ will know of this mural, for which owner Bill Duggan has been sued by the city for.

“The Madam’s Organ Mural, an Adams Morgan landmark, finds herself under fire by those who basically don’t like the large boobage,” reads their website. “Officially, it’s been found to be a non-offensive work of art, so those who would try to change your world to their liking are attacking this from another angle, saying that the Mural is actually a sign, so it violates sign regulations.”

Supposedly the city is now trying to get the bar to remove the wording from the mural. You can even check out their website to see an “artist’s rendering” of what the sign would look like sans logo, which the bar describes as a move that would only emphasize her healthy endowment. “Ask us at the bar to see how you can help to support her boobs,” the site asks.

Duggan has never had a problem speaking his peace over attempted fines by the city, like in 2015 when the bar was fined $500 for having a window open, supposedly the first legal ding the establishment had encountered in its then 20-year history. Duggan testified in an ABRA hearing that it was in fact a band member playing a set that night who opened the window for a short amount of time. “He opened the window to let [a] fart out,” says Duggan. “He cracked it open for five minutes, then the inspector showed up.”

All legal troubles aside, Madam’s Organ is a great place to catch some live music. It’s four floors house many memories of debaucherous nights, with riot-inducing live blues, rock and bluegrass shows happening every night. For those who like things a little more downtempo, there’s still plenty to enjoy. Enter on the first floor and you’ll encounter a sometimes-raunchy, sometimes-extremely-chill bar-dancing scene among some unique decor: taxidermied animals and bizarre paintings.

You can also come on “Drunkeoke” nights if you need to really let loose. Those fatigued by their third go-round of belting out “Living on a Prayer” can request any drink to be topped off with a shot of Red Bull to varying results of tastiness, and the year-round roof deck is a great place for smoke or a breather.

Honestly, we’ve barely even skimmed the surface of the awesome weirdness that is Madam’s Organ — you should just hang out there to experience it for yourself. Perhaps even more storied is the owner himself, who takes an annual trip to the beach with underprivileged kids and was once almost killed by a Salvadorian hitman.

All we know is that the establishment is much better now as a whiskey-sipping, blues-belting bar than its former use as the original Toy’s ‘R’ Us.