A Look Inside the Glorious, Long-Awaited TWA Hotel, Now Booking

Best thing to happen to JFK, uh, ever? 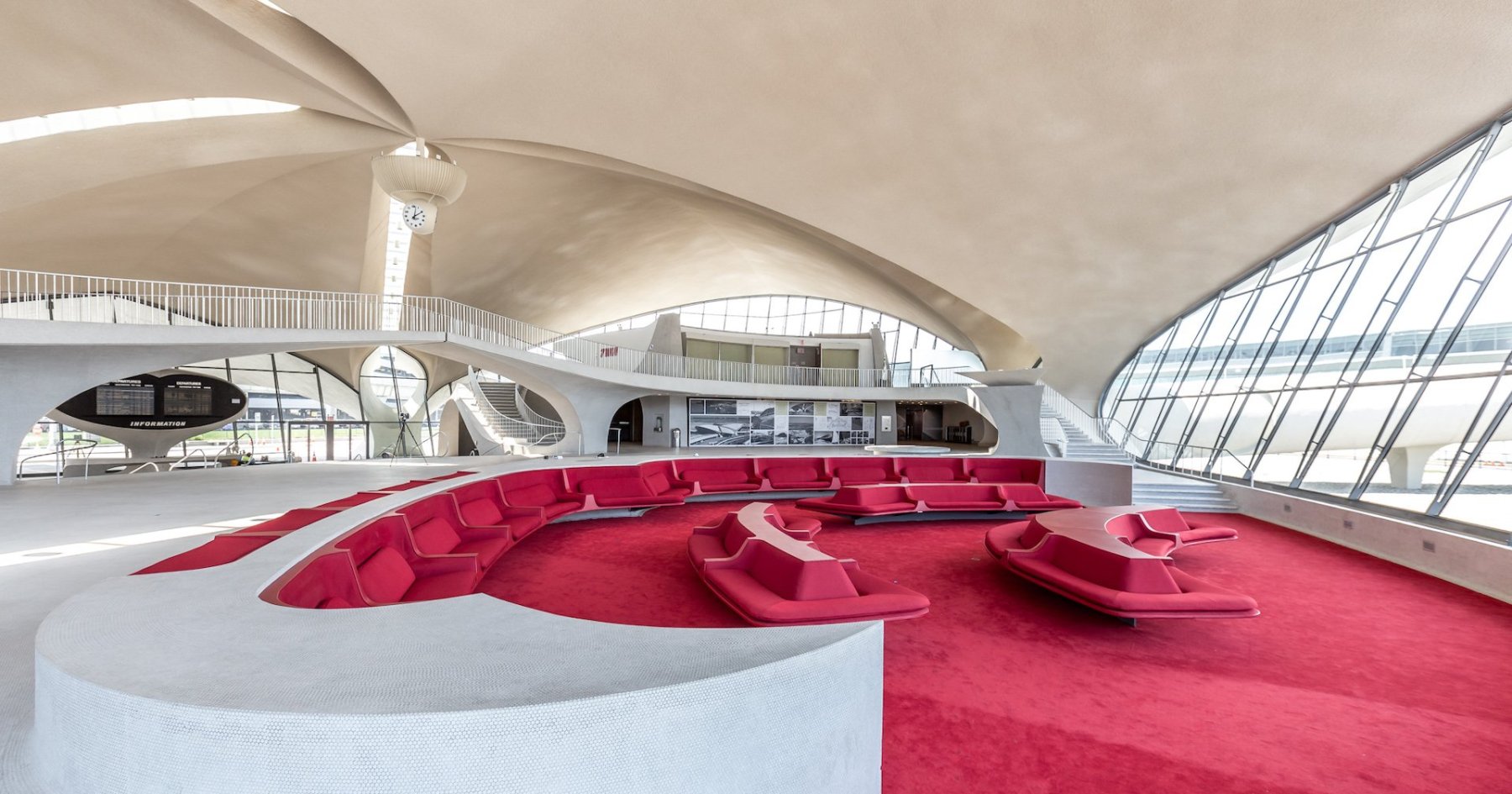 How early are we all getting to the airport these days?

Two hours? Four hours? A decade? It’s out of control.

But JFK’s newest addition — the long-awaited TWA Hotel — has us rethinking the madness and willingly going a whole day early.

The architectural masterpiece was originally designed by one Eero Saarinen in 1962. Originally coined the TWA Flight Center, the mid-century modern wing shuttered in 2001. But they’ve revived the abandoned terminal into a Mad Men-era lodge complete with a rooftop pool and soundproof sleeping quarters, and all just a quick Airtrain ride from your departure gate.

Here’s a breakdown of what to expect.

The Lounge
Step into nostalgia. The lounge’s construction is more than an homage to the ’60s, it’s a full-on time machine. And yet, it manages to read as modern with sweeping, curved lines of concrete, a vast sunken lounge and floor-to-ceiling windows all tinged with the original architect’s signature Chili Pepper Red. Even the staff’s garb is era-specific, a sort of beat-you-over-the-head touch, but a darling concept nonetheless.

The Guestrooms
The 512 guestrooms are all yesteryear glamour, laden with walnut, crystallized glass, mirrors galore and brushed brass accents. The rooms each feature a wet bar stocked with Moët & Chandon Imperial Brut Champagne, Hennessy V.S.O.P Privilège Cognac and the official 007 Belvedere Martini for taking the edge off. Each features runway views, but careful attention has been paid to block any runway noise. 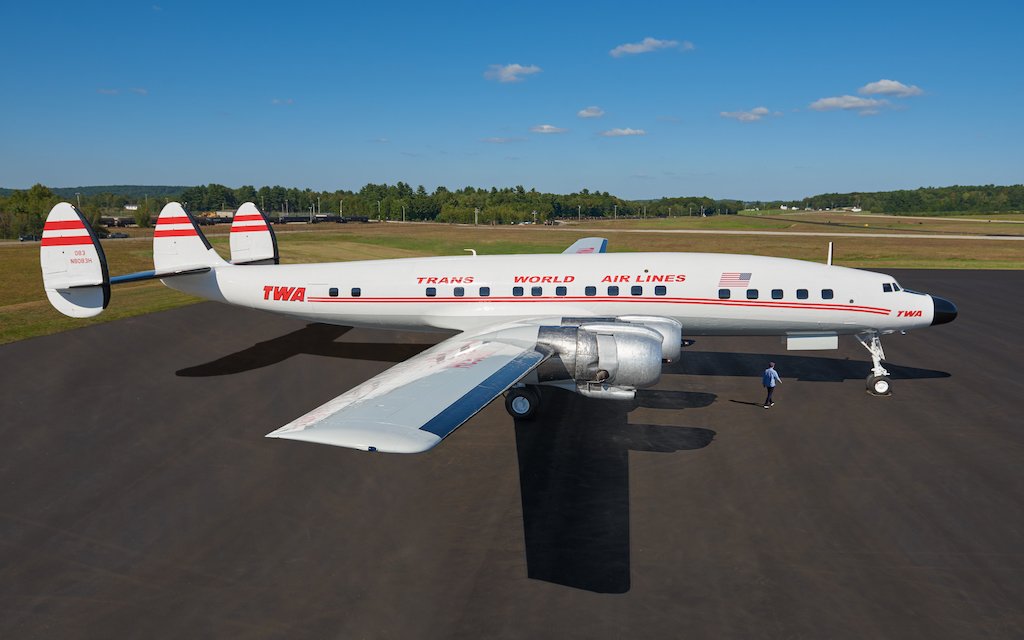 The Amenities
Forget in-terminal Shake Shack and the ever-depressing CBGB’s. The TWA Hotel houses six restaurants and eight bars, including Jean-Georges’s Paris Café, an Intelligentsia coffee bar with roaming carts throughout the hotel and, forthcoming, a Lockheed Constellation L-1649A via 1956, endearingly nicknamed Connie, that’s set to be transformed into a tarmac cocktail lounge.

There are also big (but yet to be confirmed) plans for 50,000 square feet of event space, a 15,000-square-foot ballroom and heaps of retail outlets. And should you fancy a stretch of the legs or a swim, the hotel boasts a 10,000-square-foot fitness center with a rooftop pool.

The Deal
The hotel is up and rolling, now accepting reservations for May and beyond. They’ll also offer shorter day stints for pilots with quick turnarounds or weary JFKers in need of a quick shower, wifi and a martini.

DJI’s Drones and Gimbels Are Now Up to 35% Off

Plus, deals today on camping batteries, kindling splitters and more