The Beatles’ ‘Sgt. Pepper’ Turns 50: How Band Struggled to Make One of the Greatest Albums of All Time 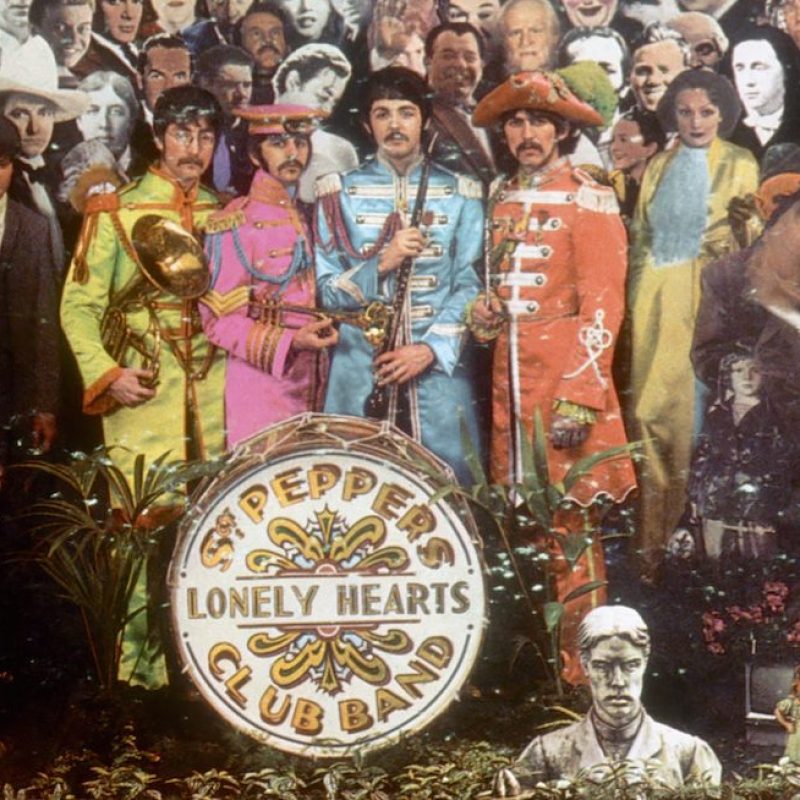 Famously, the Beatles had recorded 10 songs for debut Please Please Me in just a day. But by this stage, the members of the most famous band in the world agonized over the recording process. (They had started on December 6, 1966.)

It was worth it: The result was an album that’s stood the test of time, in the sense music lovers still talking about it five decades later. But how did people actually react to it back then?

The commercial response: To the surprise of no one familiar with the Beatles, the album was a hit. Sgt. Pepper went to #1 all over the world and spent 15 weeks atop the Billboard Top 200. But successful as it was, this was no longer Beatlemania at its peak. (The decline was partly through the Beatles’ own design, since they’d abandoned touring.) To make matters worse, 1967 was a year the Beatles found themselves dwarfed by the Monkees. Earlier in 1967, More of the Monkees had topped the album charts for 18 straight weeks. 1967 ended with their album Pisces, Aquarius, Capricorn, And Jones Ltd. at #1 for the year’s final five weeks. In total, four different Monkees albums topped the charts for a total of 29 weeks in 1967.

The critical response: The Beatles had certainly been praised before, but 1967 saw them officially hailed by the establishment. The Fab Four had already won two Grammy Awards, though neither was particularly prestigious: Best New Artist and Best Performance by a Vocal Group for “A Hard Day’s Night.” Sgt. Pepper claimed Best Contemporary Album and Best Album of the Year, denying Frank Sinatra a third straight Album of the Year trophy in a sign of generational change in the music industry.

Other artists: The Beatles received two incredibly flattering tributes from a pair of all-time greats. A mere two days after the album’s release, Jimi Hendrix covered the title track at a London gig. (He was unaware the crowd included Paul and George.) In creating Sgt. Pepper, the Beatles had been deeply inspired by the Beach Boys’ Pet Sounds;  eventually Brian Wilson responded to Sgt. Pepper by creating the album that became Smile. (There were decades in between, however, owing in large part to Wilson’s mental illness. His solo version of Smile wasn’t released until 2004, and the Beach Boy interpretation didn’t arrive until 2011.)

The backlash: Quite simply, a lot of people preferred (and still prefer) the earlier Beatles records. The songs were simpler, sure, but what was wrong with a great four-piece offering three minutes of pop perfection? Also, critics began to note that Sgt. Pepper was receiving praise for achievements that were, at best, debatable. Sgt. Pepper is often honored as the first “concept album,” which ignores the fact that:

—It wasn’t the first concept album. (Generally, Sinatra and Nelson Riddle are credited with pioneering the practice in the 1950s through albums like In the Wee Small Hours, with song cycles exploring emotional themes.)

—It’s not a concept album. (Beyond the bookends, even devotees will note there isn’t a whole lot linking the songs—John Lennon himself mocked the interpretation since his contributions have “absolutely nothing” to do with a concept.)

Frank Zappa summed up pretty much all the objections to the new Beatles with an ingenious, scathing response album. We’re Only in It For the Money came out only nine months after Sgt. Pepper. Zappa embraced music styles from rock to barber shop as he attacked seemingly every aspect of life in the 1960s. Songs like the brilliant “Who Needs the Peace Corps?” argued that many hippies were out for a good time, not a better world, and would give up as soon as things got tough: “I’ll stay a week and get the crabs/ And take a bus back home/ I’m really just a phony/ But forgive me/ ‘Cause I’m stoned.” The album was about more than the Beatles, but they took their share of fire. (Witness his parody of their album cover above.)

Today, there is debate about whether the Beatles made better albums before Sgt. Pepper (Rubber Soul and Revolver) as well as after it (The White Album and Abbey Road). What’s guaranteed is it will remain an essential chapter in music history. Below, enjoy what may be the greatest song by the Beatles: “A Day in the Life.”