If you thought Nick Murphy was chill before, wait until you hear his new album
Nick Murphy
By Bonnie Stiernberg @aahrealbonsters 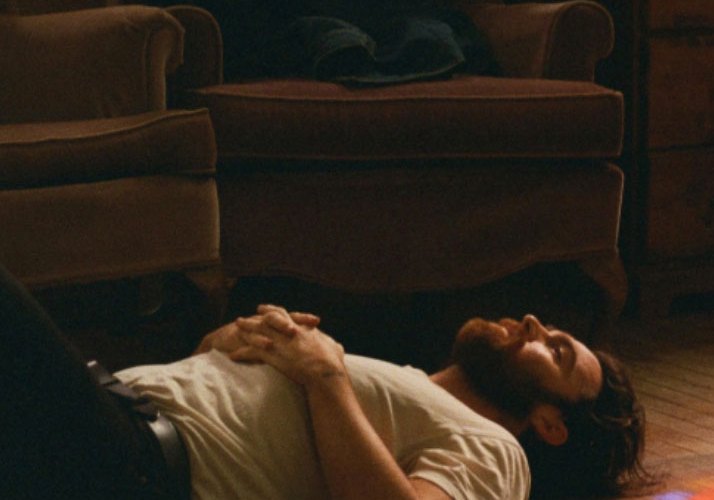 These are trying times we’re living in. With the 2020 election ramping up, the economy in a tailspin and an unprecedented pandemic sweeping the globe, there’s a lot to be stressed out about. Now more than ever, we need to need to remember to slow down, take a breath and look out for ourselves — not only physically, but mentally.

Perhaps it’s perfect timing, then, for Nick Murphy’s just-released Music for Silence. The Australian singer-songwriter formerly known as Chet Faker released the ambient instrumental album via the Calm meditation app (as well as digitally), and while it’s an unexpected shift for the artist, it’s something he knew he had to do.

“I just knew I had a body of work in me, like a specific body of work,” Murphy tells InsideHook. “And I knew it had to do with piano because for me playing the piano had always been the most cathartic thing in my life. And I just I’d had this feeling for a couple of months. I remember talking to my manager at the time about wanting to do this piano record, and obviously a lot of people weren’t really interested because I’m traditionally a vocalist as far as mainstream [music] is concerned. But it just reached this kind of fever point where I just, I had to do it.”

To do it, Murphy hunkered down alone in an abandoned church in upstate New York to process some complicated feelings, get in touch with himself and spend hours each day writing and recording.

“I was just like, ‘I have to get this thing out of me,’” he explains. “It was becoming kind of stagnating, getting heavy … I didn’t tell anyone that I was doing it. I just booked it, and I had my piano shipped up. I knew I needed it. I didn’t know what it looked like, what I needed to do, but I knew I needed to get out. Anyone who’s lived in New York or one of those denser cities understands that you have to occasionally reset your cache when it comes to the city and get out. But it all coincided as well with a series of sort of challenging things going on in my life, and then there was this one particular thing, kind of like a failed romance, that ended not so nicely. I knew I had to go and sit there and almost talk to myself through the piano.”

Playing piano has been a form of self-care for Murphy for as long as he can remember — so it was the perfect method for accessing and processing those difficult feelings. “I can’t explain it,” he says. “For me music has always been a solution to the human existence. Not to sound too grand about it, but there are times when I get low and I’m feeling low that singing is not an option because singing is very physical and it requires a lot. And I think maybe some people can relate to the idea of when you’re feeling pretty flat, going for a run is very difficult. But playing the piano is never difficult for me. It’s always giving, and it’s very rarely taking … I’m kind of just giving myself a hug with sound.”

While he was staying at the church, Murphy would begin each day by writing in his journal — as he has every day for the past 10 years. It’s a key component of his wellness routine that he says helps him stay centered.

“[Keeping a journal] was one of the most beneficial decisions I ever made in terms of wellness and sense of self,” he says. “And I don’t really remember why I started. I was 20 then, so I think I was just trying things out. But at the time, I had a drinking problem, and journaling I found helps me track the variables in my life by adding this kind of third perspective, which I just couldn’t find on my own. And I just kept doing it and doing it, and then it ended up becoming like a friend, and now it’s really important to me. And it becomes more abstract sometimes. It just sort of becomes this way of sort of understanding where I’m at and decompressing everything that’s going on.”

The term “wellness” often gets associated with fitness or physical health, but for Murphy, it’s more a state of mind that involves meditation and keeping tabs on mental and spiritual health, be it via journaling or other methods.

“It’s a state of being with yourself,” he explains. “That’s the way I think of wellness. And I think it’s actually really good to talk about that word because it can get really misconstrued, and I think a lot of us chase reflections or symptoms of that word not fully understanding exactly what it is or feeling what it is. I don’t think wellness is you being the most fit you could possibly be, looking the most healthy you could possibly be or any of that. It’s a feeling within yourself, and it’s a balance. And I think it’s actually just a state of not carrying any tension that you don’t need to be carrying.”

That’s easier said than done when you’re a musician who frequently tours the globe, but Murphy has found a way to cope with the stresses of a grueling schedule. “When I’m on tour, that’s more when I’ll have a lot of specific things to kind of keep me sane,” he says. “I’ll try and meditate every morning, whether it’s a bus tour or a hotel tour. So I have like a little bell that I’ll ring when I start, and then I’ll ring it again when I’m done. I’m trying to do like a Pavlovian thing to myself so the days where I only have two minutes to meditate, I have that connection with the bell of days where I’ve done an hour and a half … I have this Tai Chi type thing that I do, which is really good because I try and do that outside. So I’ll look outside and try and find somewhere, ideally in the sunshine, and just move and stretch. And sometimes I’ll do that for like two hours, if I have the time.”

Ultimately, it’s about establishing a little routine in an environment that lacks structure. “Humans need habits,” Murphy explains. “That’s one thing I’ve learned. No matter how much you love chaos, you still need them at some point. And I love chaos. I was born in chaos. And if I don’t get it, after a while, I crave it. But you still need some kind of anchor, and it’s about creating those spiritual anchors within yourself. So you need to create habits that don’t require specific physical or geographical locations.”

That’s why Murphy is so passionate about Music for Silence, why he hopes the soothing sounds will help fans with their own meditation or wellness routines — or even just get through the day and process whatever tough emotions they happen to be dealing with.

“I know for a fact that if you feel something in music that usually means someone else can feel something in music,” he says. “So I just felt that this record was so helpful for me that I had to share it because I’m sure that there’s some aspect of what it did for me in there, and that’s the beauty of music. So I just hoped it would help some people process those feelings. I just know it can help some people go through that and not everyone has the time or the inclination or the money or or whatever to be able to go and sit in a church for a week. And that’s kind of my job. My job is to feel for people. And I really felt this record, so I’m really glad that it’s getting shared because it was kind of a passion project for me, and obviously not everyone in the music industry was crazy about me sharing a piano record. They just want me to sing pop songs. So it means a lot to me to be able to share this.”