LOS ANGELES - JUNE 6: (L-R) Duff McKagan and Slash of the rock band 'Guns n' Roses' perform onstage at the Troubadour with the "Appettite for Destruction" lineup together for the first time on June 6, 1985 in Los Angeles, California. (Photo by Marc S Canter/Michael Ochs Archives/Getty Images)
By Sean Cunningham 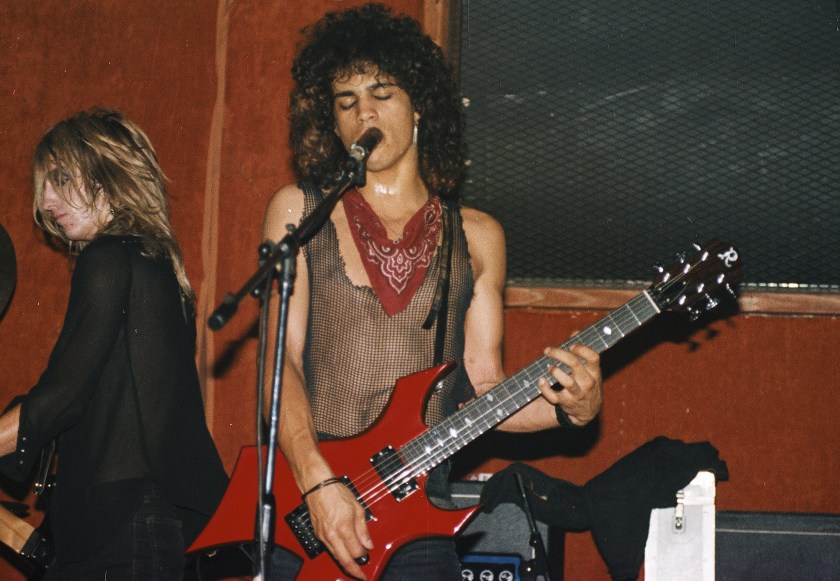 We were reminded how much time had passed when Axl, Duff, and Slash made their first appearance together in 23 years. They still have nothing on this guitar, which is reappearing after nearly three decades. A custom order by Slash in 1984, it actually predates Guns N’ Roses.

That said, it plays a vital role in Guns’ history, with Slash using it to help write and perform classics including “Welcome to the Jungle” and “Sweet Child O’ Mine.” Slash put it in storage in 1987 and it has only reemerged now.

Julien’s Live gives you a chance to acquire the axe essential to Appetite for Destruction. Bidding starts at $30,000—it’s estimated to sell for between $60,000-80,000. To make your own bid, click here. In the video above, watch Slash demonstrating just what a red B.C. Rich can do. (Note: This is a Mockingbird, not a Warlock, but you get the idea.)