As Americans lavishly enjoyed post-war prosperity during the Roaring Twenties, hundreds of young women working in factories were exposed to so much radium that their grave-sites still set off geiger counters.

Radium was proven to be dangerous in 1901, but the women who toiled in three factories— in New Jersey, Illinois and Connecticut—were still allowed to be exposed to the substance without any precautions as it was used in luminous paint. Their plight was covered up by dishonest employers and concerns unaddressed by an indifferent medical community. Despite this, the “Radium Girls” fought for justice and even that was delayed by courts until it was too late for most.

While their fates were tragic, the Radium Girls left a legacy that’s tied to social and scientific milestones throughout much of the 20th century—from nuclear weapons and medical research to modern labor regulations.

1921 magazine advertisement for Undark. (Published in The Story of a Great Engineer)

Research proving radium’s tumor-shrinking powers gave birth to an entire industry of consumer products, from cosmetics to elixirs, marketed a cure-all—though they contained low enough concentration of the substance to be harmless, according to Popular Science. Though one product, a glow-in-the-dark paint called “Undark” contained deadly levels of radium.

Lab workers—who were mostly men—at three watch dial factories that used the paint were required to wear lead aprons and forbidden from holding the radium with their bare hands. 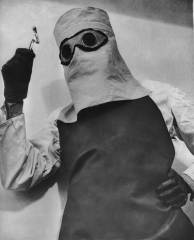 A doctor wearing a mask, shirt and apron impregnated with lead to shield him from the effects of a vial of radium in 1936. (Keystone View/FPG/Getty Images)
FPG

Meanwhile, women hired at the factories to paint the watch dials were encouraged to use their lips and tongues to shape the brush tips. They were kept separate from the lab workers, keeping them in the dark, literally and figuratively.

“The tragic part about this story is that even before a single dial painter started work, they already knew that radium was very dangerous,” said Kate Moore, author of The Radium Girls: The Dark Story of America’s Shining Women.

Radium is especially harmful when ingested because it has similar properties to calcium that make it easily absorbed by teeth, bone, and other parts of the body. High concentrations of radium slowly hollow out bones into brittle, honeycomb-like structures, causing them to fracture or collapse entirely in severe cases. In addition to this painful affliction, dial painters also developed bone cancers, leukemia, anemia, as well as lesions and sores. Almost all lost their teeth. 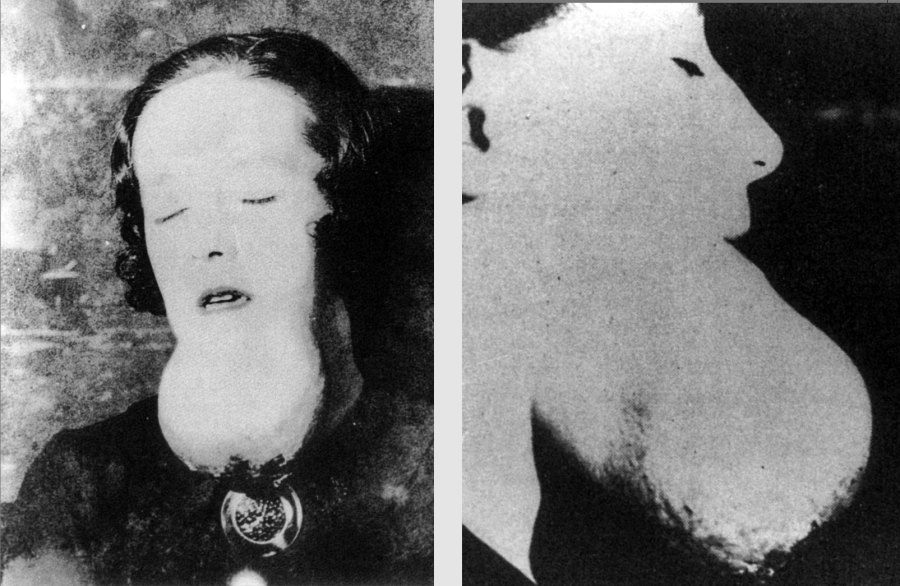 Front and side views of a dial painter with a radium-induced sarcoma of the chin. (Collection of Ross Mullner, Courtesy of ‘Radium Girls’)

As concerns surrounding radium became more public in the 1920’s, the women repeatedly brought it up with their employers only to be told the paint would, contrary to their belief, make them healthier.”There was no opportunity for the girls to have protective measures,” Moore says.

After several tries, the U.S. Radium Corporation in New Jersey eventually agreed to an out-of-court settlement with five dial painters—dubbed by media as the “Radium Girls”—in 1928. For the first time in American history, an employer was required to pay for its workers’ medical treatment as a result of negligence. 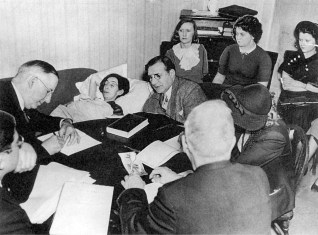 A bedside hearing at the home of Catherine Donohue, who sued the Radium Dial Company but was too sick to attend the trial in court.(Chicago Daily Times / Sun-Times Media, Courtesy of ‘Radium Girls’)

Another group of women won a lawsuit against the Radium Dial Company in Ottawa, Illinois that required protective measures for dial painters. According to Moore, these cases paved the way for American labor rights milestones throughout the 20th century and inevitably led to the creation of the Occupational Health and Safety Administration.

Just a few months after the safety precautions for radium were put in place, the U.S. entered World War Two and employment of dial painters increased by 1,600 percent to meet the military’s demand. Meanwhile, another radioactive material—Plutonium—was needed for a new kind of weapon. 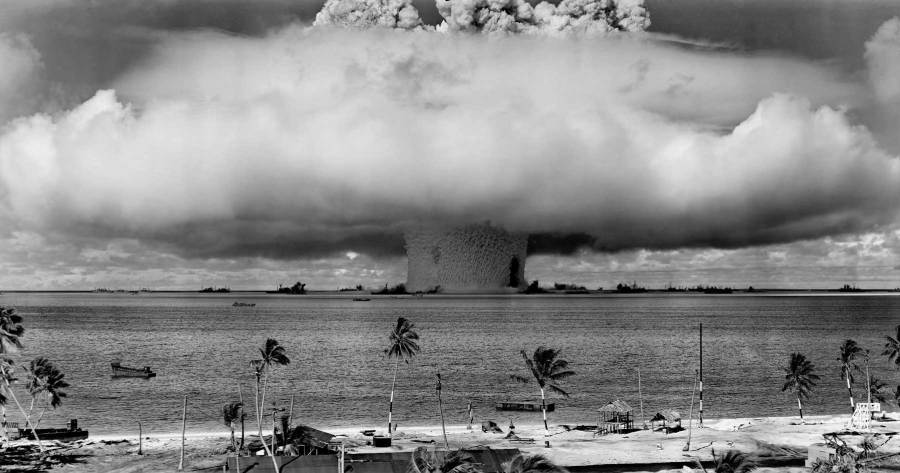 In Radium Girls, Moore describes a young chemist working on the Manhattan Project who was haunted by the ghosts of the dial painters. He wrote in his journal:

“As I was making the rounds of the laboratory rooms this morning, I was suddenly struck by a disturbing vision [of] the workers in the radium dial-painting industry.”

These were the words of Glenn Seaborg, who would win the Nobel Prize in Chemistry and discover several elements later his life. But before Seaborg had his prodigious streak, he insisted they research effects of exposure to plutonium, which turned out to cause devastating effects similar to radium exposure. 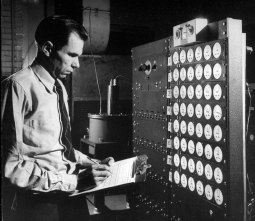 As a result, mandatory precautions were established—letting the Manhattan Project scientists build the atomic bomb in relative safety. (The effects of its payload on Japan, of course, was a different matter.) A report from the U.S. Atomic Energy commission specifically mentions the dial painters in this regard, describing their contributions as “invaluable.” Yet, the scientific impact of the dial painters continued in peace time.

Promises of a new world fueled by atomic energy and the Cold War nuclear arms race spurred public interest in the effects of radiation exposure, but little was known about it at the time. In 1956, the Atomic Energy Commission (AEC)—where Seaborg was an advisor—created a committee to investigate the long-term effects of Strontium-90, a radioactive isotope used in nuclear weapons.

The “Radium Girls” were the only known examples of the detriment radiation caused to the human body. The surviving women volunteered as subjects for medical examinations, which included extensive blood tests, x-rays, bone marrow biopsies (and several post-mortem autopsies). Soon after the studies began, scientists quickly realized the women could also help them understand the phenomenon of radioactive fallout.

After being deemed “essential to the security of the nation,” permanent studies were established to learn as much as possible from the dial painters. An entire research center, the Argonne National Laboratory, was even built for the primary purpose of studying the women. 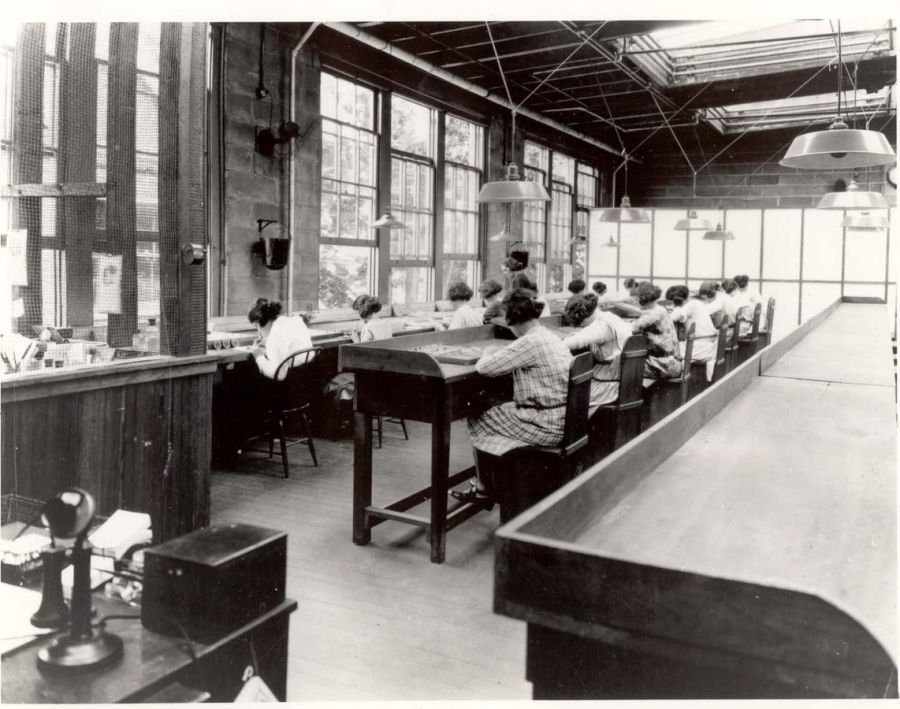 By 1957, researchers concluded the danger from Strontium-90 was too great, leading the AEC to push for reduced nuclear activity. Under renewed importance after the Cuban Missile Crisis, a ban was finally agreed upon by the US, the UK and USSR in 1963. The Limited Test Ban Treaty—negotiated by Seaborg, then-AEC Chairman—prohibited the three countries from conducting nuclear tests everywhere but underground. The legacy of several hundred dial painters had snowballed into an international policy to inhibit the most destructive weapons in history.

In 2011, a statue was erected in Ottawa, Illinois in honor of their dial painters’ sacrifice and the impact they’ve had since. A few years later, Mae Keane—thought to be last of the “Radium Girls”—died at the age of 107, defying all medical expectations, NPR reports. Her long life is a testament to the fortitude of the brave women, from one of American industrial history’s darkest moments, that paid the ultimate price for a legacy that’s saved millions of lives around the world.