By R.P. Eddy and Richard Clarke

Ryan Steele and Miguel Santos-Neves are analysts at Ergo, a leading intelligence and advisory firm. Ryan and Miguel specialize in the political, economic, and security dynamics of the former Soviet Union and Latin America, respectively.

As the opioid epidemic continues to plague U.S. cities and towns from coast to coast, addictions to opioid-derived narcotics ranging from prescription painkillers to heroin have mushroomed into a national crisis. The numbers are staggering: Overdose deaths linked to opioids have quadrupled between 2000 to 2015, according to the CDC.

The media coverage has fixed on the health scourge as an American problem, however, the truth is that the roots of the opioid epidemic begin far beyond our borders.

In order to make real inroads in combating the crisis, policymakers have to consider the complex geopolitical factors that feed into the situation. There are four macro trends fueling the opioid crisis today that Americans need to understand:

Dating back to the 1970s, the United States has demonstrated a sustained appetite for narcotics produced in Latin America.  Andean countries and Mexico have heightened their heroin production in order to keep up with the US market. While Colombia has historically been a primary supplier of heroin to the United States, the quality of Mexican heroin has improved significantly in recent years. It’s a trend that Mexican cartels have leveraged to capture market share in rural America. The “farm-to-arm supply chain” they’ve developed has an almost corporate discipline. And it’s getting worse: Mexican cartels have now started to mix Fentanyl, an opioid 50 times stronger than heroin, into their opioids. The drug that killed Prince is both more addictive and easier to smuggle than heroin—and ultimately more profitable. 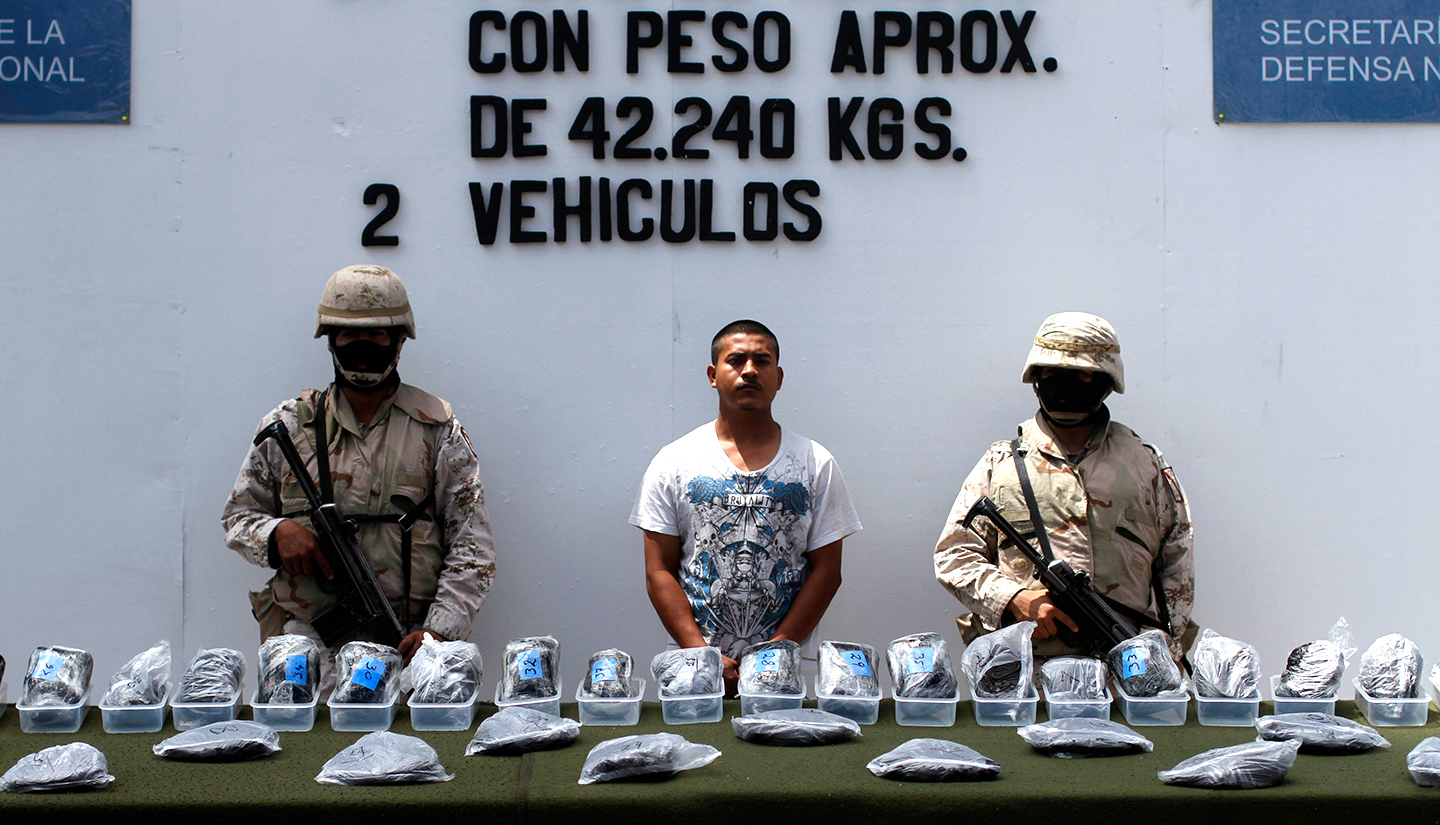 In this May 19, 2010 file photo, escorted by soldiers, Valentin Jaimes , center, stands in front of seized packs containing heroin during a presentation to the media in Tijuana, Mexico. (Guillermo Arias/AP)
ASSOCIATED PRESS

Widespread poverty practically assures that there is a segment of the population throughout Latin America willing to dive into the drug trade to make ends meet. Latin America is replete with stories of farmers and mules willing to take on the risk of participating in the drug trade simply to put food on the table. The economics of the heroin trade have proven too attractive for many impoverished people across the continent to pass up, with a kilo of heroin frequently selling for twice the price of cocaine in the United States. 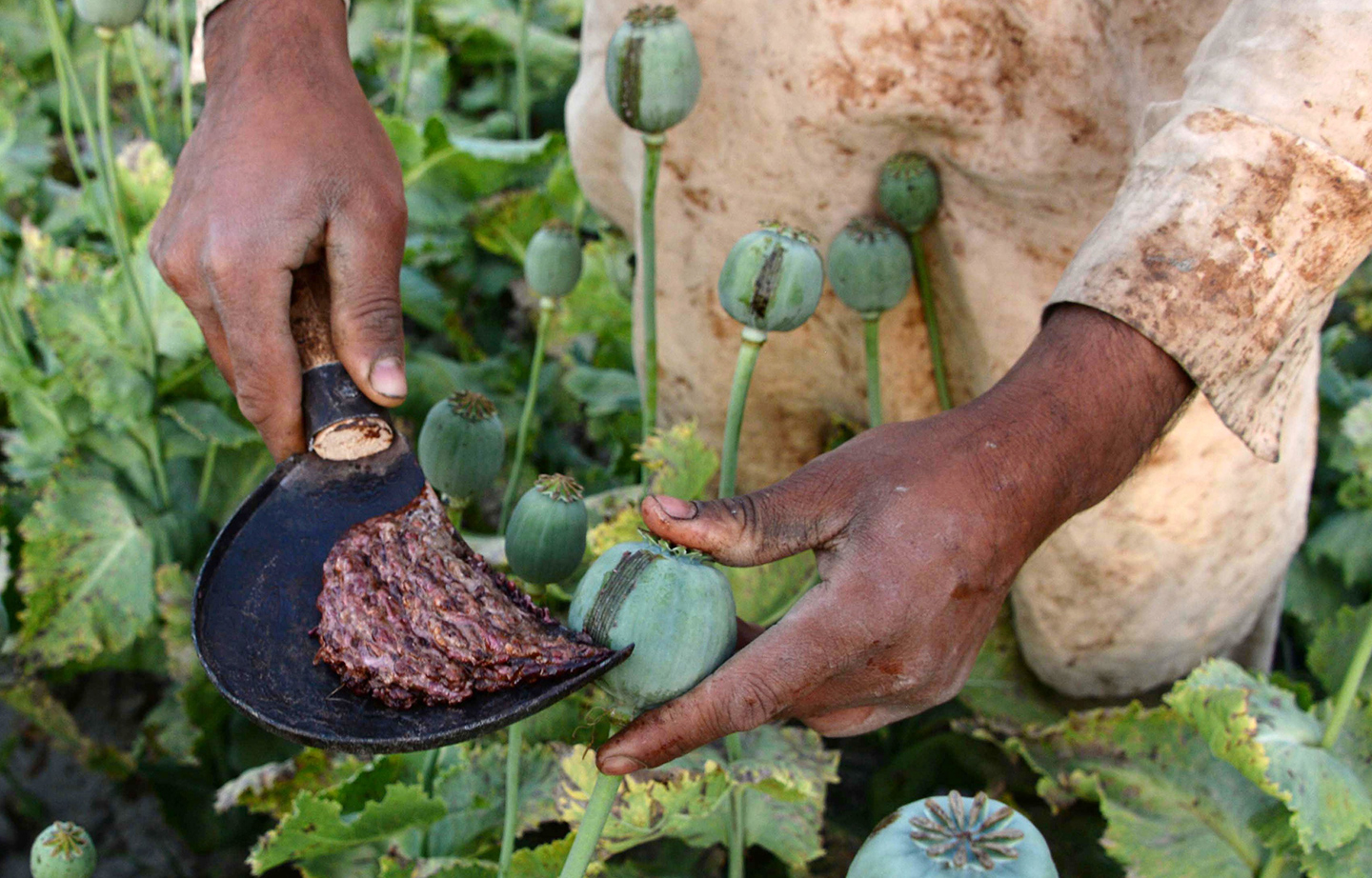 According to the UN Office on Drugs and Crime’s Afghanistan Opium Survey, 2016 saw a 43% increase in opium production over 2015. In the period from 1994 to 2001, the average annual land area used for opium cultivation was 60,625 hectares. This number has spiked since the US-led invasion with an average of 150,122 hectares used for production between 2002 and 2016.

That’s likely because the US invasion of Afghanistan created an environment where the drug trade could flourish, and the Taliban readily stepped into the role of managing production across the country. This increase in production was seized upon by well-developed criminal networks in Central Asia with years of experience trafficking drugs, people, cars, and the like, enabling the booming Afghan opium production to find a market in demand centers in Western Europe and the United States.

Post-Soviet Central Asia is rife with criminal networks that stretch all the way from the Afghan border to the Baltic Sea. These networks don’t recognize national borders and have a strong relationship with the political and bureaucratic elites of the region.

The pervasiveness of the opium trade in Central Asia is a systemic problem that reaches all the way to the top of the countries’ political systems. Between 1991 and 2007, numerous prominent figures have been arrested for aiding the opium trade, including the brother of a Kyrgyz member of parliament, the nephew of the head of the National Security Service of Kyrgyzstan, and the cousin of the chief-deputy of the Investigations Department in the Kyrgyz Ministry of Internal Affairs.

Perhaps the most notable arrest of all was that of the Tajik ambassador to Kazakhstan, who was busted in May 2000 with 63 kilograms of heroin in the trunk of his car. The problem shows no signs of letting up. Just last month in Kazakhstan, four employees of the Department of Internal Affairs in the south of the country were arrested on suspicion of selling narcotics.

Organized crime networks in the region often traffic their wares along the “Northern Route,” which snakes north from Afghanistan through Central Asia, then west into Ukraine and on into Europe. It is important to note that while much of the opium that transits the Northern Route does not make its way to the United States, it is supplying increasing European demand for opium-derived drugs. As a result, Latin American production can be focused almost entirely on meeting US demand as a ripple effect. 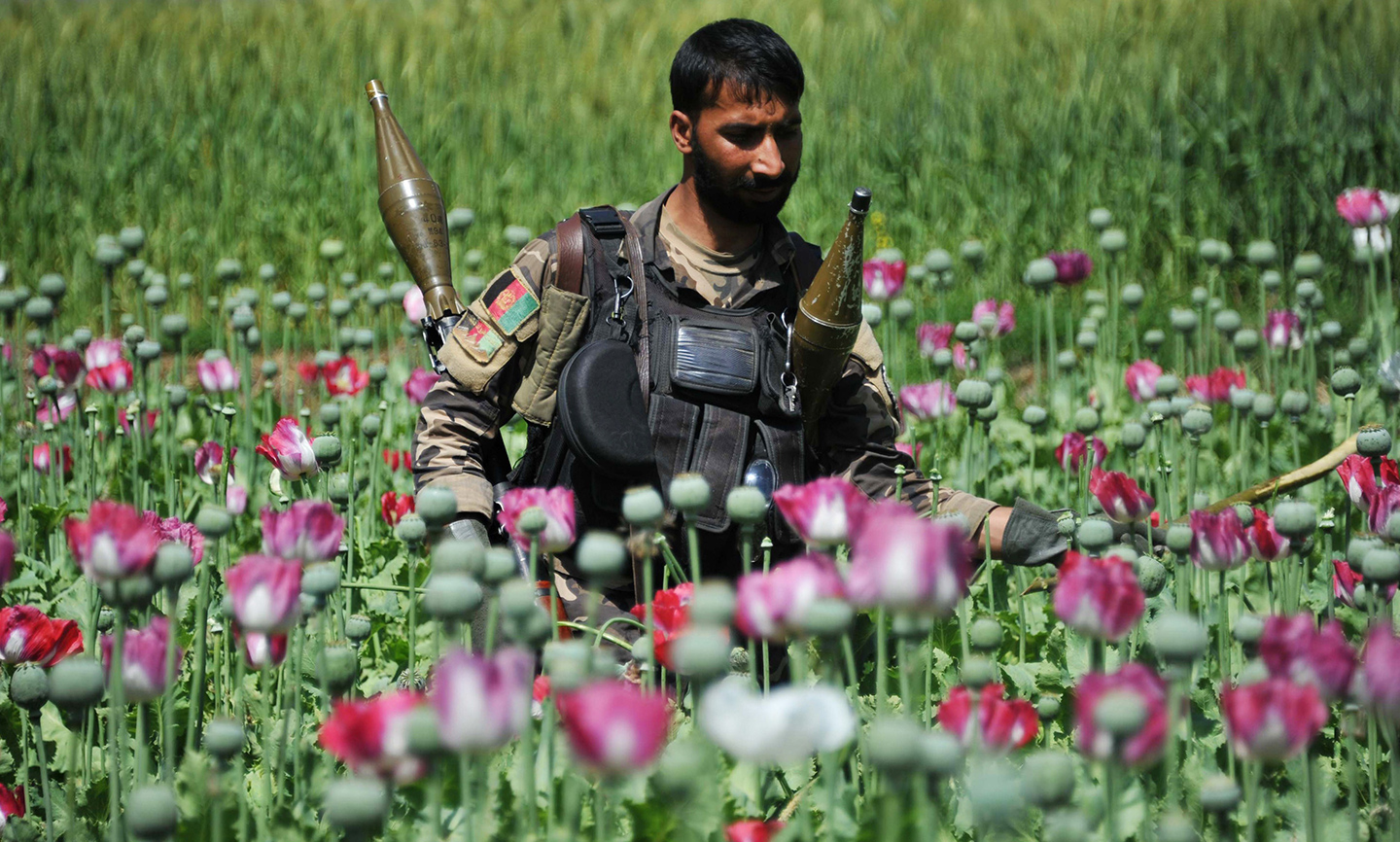 In Latin America, the drug trade taps into a larger network that traffics black market goods and services. The Brookings Institute argues that as trade between the United States has tripled between 2000 and 2014, criminal networks have adapted their strategy to mix their illicit goods with legitimate products entering the United States. Criminal networks operating in Latin America are becoming increasingly sophisticated, and can now leverage legal trade to deliver their illegal products.

These are but a few of the complex geopolitical trends that are currently fueling the opioid crisis in the US today. The issues presented are complex and will be difficult to solve with a single magic bullet policy.

Ultimately, US policymakers must realize that any attempt to combat the opioid crisis at home must be simultaneously implemented with a strategy to address macro geopolitical trends abroad.

Ergo delivers frontline intelligence on critical issues across the globe. Ergo supplies “ground truth” that others can’t access by tapping into a range of unique data streams, including a proprietary network of well-placed in-country assets. Leading investors, Fortune 500 corporations, law firms, and the US and allied governments rely on Ergo to stay ahead of markets, headlines, and competitors. Harvard Business Review said Ergo is “breaking from industry orthodoxy” with a “radically new model” of consulting. Click here to find out more about Ergo.