It's a quick, no-nonsense way to get protein into your body. But that doesn't mean everyone needs it. 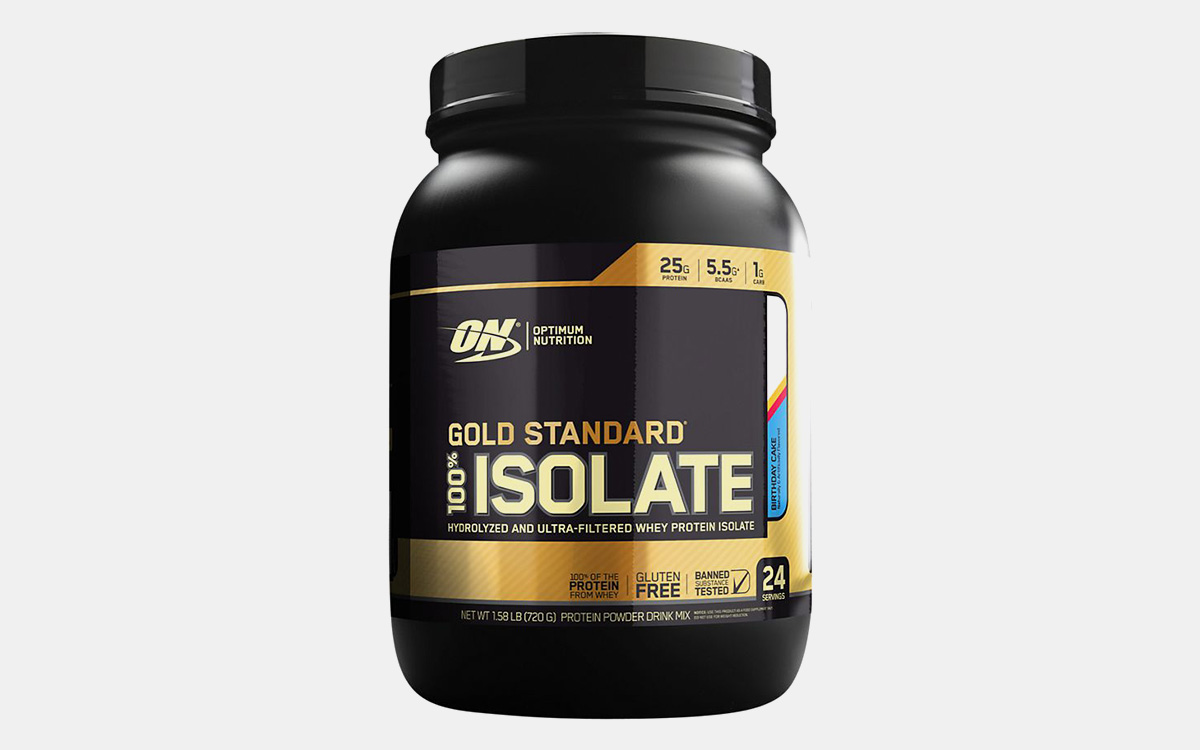 Earlier this year, I officially became a morning workout person. It took some effort, and I still get out of bed groaning, but after years of lifting or running after work, my evenings are now free. The shift has led to some newfound (and rediscovered) daily practices.

For one, I’m guzzling protein shakes again. My nights used to revolve around my workout and my dinner. The order varied from night to night, but as I generally try not to consume too much too close to bedtime, my protein powder intake had fallen to the wayside. These days, though, I own a protein shaker and head to the workplace kitchen around 10:30 each morning to toss back some Dymatize protein powder mixed with almond milk.

As someone who strength-trains at least four days a week and is actively looking to add muscle mass, a whey protein “shake” each morning makes a lot of sense. A standard scoop from the tub equals 25 grams of protein, which is almost half of the daily minimum expected for an average adult male — 56 grams. I’m aiming for about 120 grams a day (operating under the 1.1-1.4 grams of protein for every kilogram of body weight rule of thumb that many athletes follow) so this morning routine is a nice way to jumpstart my protein consumption for the day. I’ll generally reach 120 grams by end of the day with a combination of yogurt, almonds, grilled chicken, salmon, and legumes.

Of course, it’s also a proven method for repairing the muscle fibers I just destroyed in the gym. Traditionally, trainers and nutritionists have suggested taking protein during one’s “anabolic window,” the 15-60 minutes immediately following exercise. The idea is that that short span of time gives the body its best shot at protein synthesis. More recent studies, though, have claimed that that window is really as long as two hours. I take the full two and drink my shake as a sort of second breakfast. It’s a good system.

But is it a system other, more casual exercisers should be thinking about, too? Protein powder’s long been an ally of lifters, and readily conjures images of Mr. GNC. At an elemental level, though, doesn’t everyone need protein? The answer is yes and no. (We’ll explain.)

We’re focusing on whey protein, as it’s the most common protein powder out there, and the one you’re most likely to see in a CVS aisle. Plus, you’ve probably tried it before. Whey protein, quick refresher, is a by-product of dairy. It’s one of two proteins found in milk (the other is casein), and can also be separated while making cheese. Unlike other proteins, whey contains all nine amino acids, which makes it a “complete” protein. It’s low in lactose content, and dissolves easily, making it a prime candidate for mixing into shakes.

Whey powder is basically a no-nonsense, high-quality way to get protein into your body. And it’s one that should start getting consideration as a “convenience protein play” by people who run, walk or ClassPass their way through the week. I mentioned some proteins I rely on to hit my 120 grams figure each day. Do I eat that exact list every single day? Of course not. Life gets in the way. There are times, especially on the weekends, when my daily protein intake is less than desirable, and my calves, which were subjected to 75 raises with a pair of 25-lb dumbbells earlier that morning, are not receiving the influx of amino acids they need to recover and grow. Protein powder is a godsend in these situations, and can be deployed as a dietary supplement. This applies more often than people bother to think. If you’re a light-eating runner, for example, you’re probably not getting the nourishment you need, with respect to the physical ringer you’re putting your body through. If you’re a heavy-eating couch potato, you could stand to stave your hunger, and fill your stomach up with something not high in fat.

A protein powder regimen makes sense for growing teenagers, for adults looking to lose weight, for vegetarians struggling to balance their diets, for anyone looking to begin a more rigorous workout schedule (as the body will be in shock and need to recover), for anyone looking to start working out in general (as the body will really be in shock), for elderly adults who don’t have the energy, patience or teeth to keep up an old diet, and for athletes recovering from injury.

It’s important, though, if you’re going to start taking protein that you do so deliberately. Understand, on a basic level, why you need it. You can’t “overdose” on protein powder, but too much of it can cause a ruckus in your kidneys and liver. And the bigger issue, or at least the one you’ll notice immediately, is trouble with your digestive system. Bloating, gas and subsequent lengthy trips to the bathroom are all common, although some have attributed these issues to lactose intolerance. (In that case, consider a soy or pea protein — they’re less soluble, but they’ll still get the job done.)

Other experts caution against the Wild West nature of the protein powder world, as the FDA lets manufacturers label their products. An organization called the Clean Label Project even found some toxins in various protein powders. On a less sinister note, nutritionists caution against the amount of sugar in certain protein powders — over 20 grams to a scoop. As always, it’s important to be mindful of what you’re buying and putting in your body. Find a reliable powder, and don’t look for the Double Chocolate Fudge flavor; you’re going to be chugging this, it doesn’t have to taste like a milkshake.

If you’re on the fence, we recommend picking up a small packet of a reliable powder, like Optimum Nutrition Gold Standard, from Amazon. Try incorporating it into your diet over the course of a week. Don’t aim to use it as a substitution for meals, but listen to your body, and take notes on how introducing a shake, say, mid-morning, affects your food choices throughout the day. If you get into it, and end up buying a tub, try to observe how the powder affects your recovery time, and helps your muscles re-fuel. One fun side bonus of this exercise? It’s a low-stakes way to focus on your fitness. Focusing on protein powder today could have you eliminating chips next month and perfecting a plank the month after that.