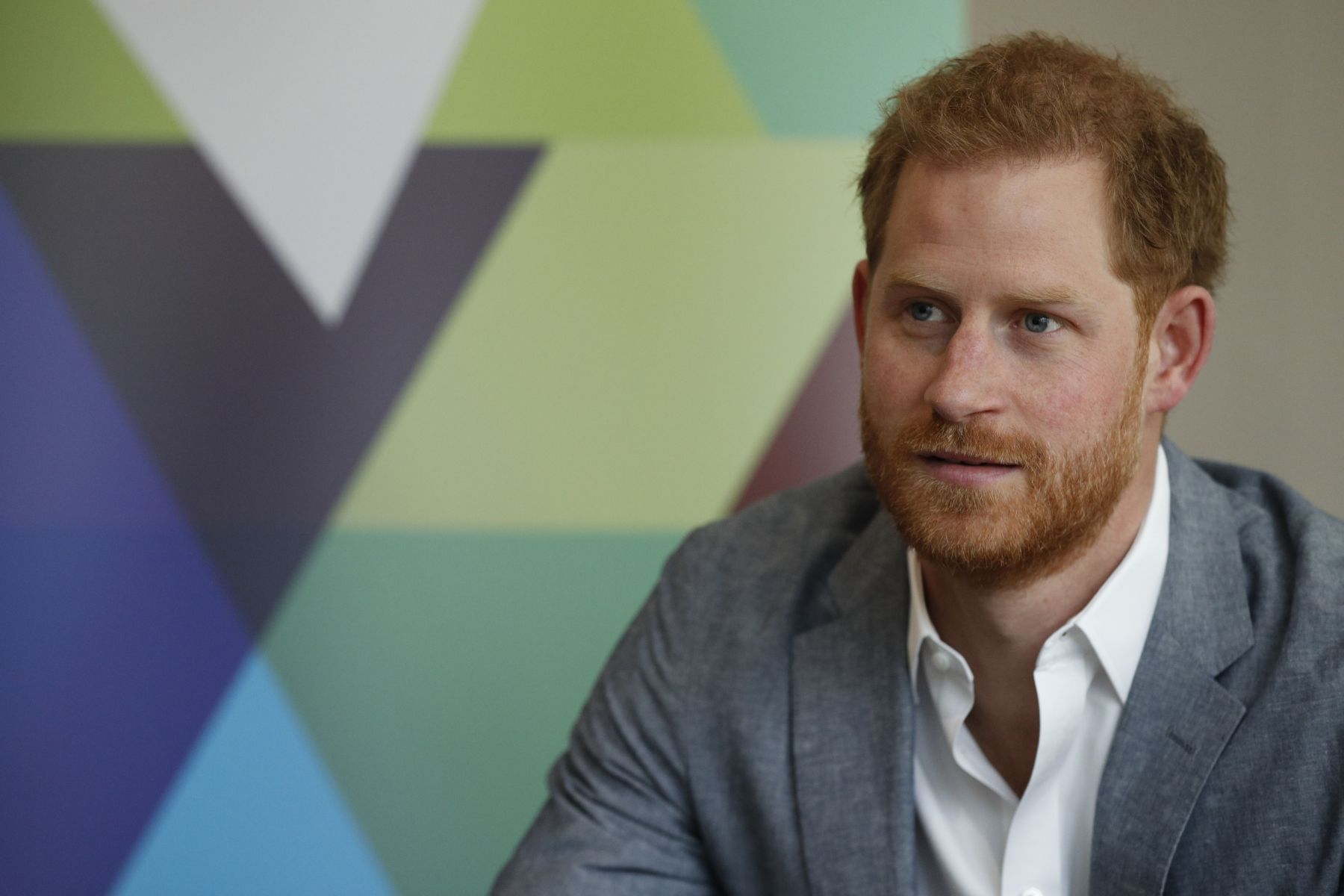 It’s likely difficult for some people — especially those of us outside of the commonwealth — to understand what, exactly, the point of a royal family is in 2019. But with the help of Oprah Winfrey, Prince Harry is making it very clear that whatever power he yields that he’s using his position to help people.

The Duke of Sussex is doubling down on his commitment to having an “honest conversation about the challenges each of us faces” when it comes to mental health — and he’s proving it yet again via an upcoming documentary series he’s created with Winfrey.

The untitled show, set to debut on Apple TV in 2020, will attempt to equip people “with the tools to not simply survive, but to thrive,” according to a statement from the Kensington Palace — an issue close to the Duke of Sussex’s own heart and life.

“I truly believe that good mental health — mental fitness — is the key to powerful leadership, productive communities and a purpose-driven self,” the Prince said in the statement. “It is a huge responsibility to get this right as we bring you the facts, the science and the awareness of a subject that is so relevant during these times. Our hope is that this series will be positive, enlightening and inclusive — sharing global stories of unparalleled human spirit fighting back from the darkest places, and the opportunity for us to understand ourselves and those around us better.”

Winfrey, who attended Harry’s May 2018 wedding to Meghan Markle, told CBS This Morning on Wednesday that their powerhouse collaboration began when she asked the Prince what the most important issues facing the world were.

“He said there were two,” she recalled on the talk show. “He said climate change and he said mental wellness, mental fitness, mental health.”

The cause of mental health has been important for Prince Harry, who has been transparent about his own personal struggles in the past, for one well-known, transformative reason. In April 2017, the Duke of Sussex revealed to the Telegraph on its mental health-centric podcast, “Mad World,” that he waited 20 years to seek counseling after the death of his mother, Princess Diana.

“I just couldn’t put my finger on it,” he said. “I just didn’t know what was wrong with me… [But now] I can safely say that losing my mum at the age of 12, and therefore shutting down all of my emotions for the last 20 years, has had a quite serious effect on not only my personal life but my work as well.

“My way of dealing with it was sticking my head in the sand,” he added, “refusing to ever think about my mum, because why would that help?”

Living in the public eye as a child who lost his mother left Harry feeling like he could be “very close to a complete breakdown on numerous occasions, ” he told the Telegraph. The prince said that he refused treatment for years despite his brother’s attempts to persuade him to seek help. Harry only began to address these issues when he was 28 and feeling like he was constantly “on the verge of punching someone” and experiencing intense anxiety during royal engagements. He took up boxing instead.

“I have probably been very close to a complete breakdown on numerous occasions when all sorts of grief and sort of lies and misconceptions and everything are coming to you from every angle,” he said. “During those years I took up boxing, because everyone was saying boxing is good for you and it’s a really good way of letting out aggression… that really saved me.”

The upcoming docu-series isn’t his first mental health initiative. In 2017 Harry, along with his brother, Prince William, launched the Heads Together mental health campaign, an initiative that heads a coalition of mental health charities in order to provide support for people affected by mental illness, and which aims to raise awareness and tackle stigma.

Tackling mental health stigmas and creating an outlet for people to seek help might be a natural inclination for Prince Harry, considering his mother’s legacy. Princess Di, who was famous for her many philanthropic efforts, was an enormous proponent of mental wellness. The “People’s Princess” battled bulimia and feelings of worthlessness. Her candidness with these very personal issues helped to reshape the way people viewed mental illness and transformed it from a secretive struggle to something that should and could be discussed openly.

“That’s like a secret disease,” Diana told the BBC in 1995. “You inflict it upon yourself because your self-esteem is at a low ebb, and you don’t think you’re worthy or valuable. You fill your stomach up four or five times a day — some do it more — and it gives you a feeling of comfort.

“It’s like having a pair of arms around you,” she added, “but it’s temporarily, temporary.”

Prince Harry, now 34, said in the Telegraph interview that after finally seeing counselors that he is now in “a good place” and that he hopes being open about his own experience will inspire others to seek the help they may need for themselves. Since learning how to talk honestly and candidly about his emotions, he said, Harry now feels able to put the “blood, sweat and tears” into making a difference for others.

Harry said in a he was “incredibly proud” to be working alongside Oprah on the “vital” series — a sentiment the Harpo exec echoed on her CBS This Morning appearance.

“Our hope is that it will have an impact on reducing the stigma and allowing people to know that they are not alone, allowing people to speak up about it and being able to identify it for themselves and in their friends,” Winfrey said.

“The experience I have had is that once you start talking about it,” Prince Harry said, “you realize that, actually, you’re part of quite a big club.”