In 1995, a little-known fitness instructor named Jamie Brenkus, alongside two blonde friends whose names have been lost to history, set up a few workout mats on a stretch of anonymous grass in North Carolina. It could’ve been a par-4 on a county course; there was a pond behind the group, a weeping willow, a bit of wind. But in that unlikely spot, for exactly eight minutes, Brenkus and the blondes pushed, pulled and pulsated along to your ophthalmologist’s favorite piece of on-hold Muzak, and in doing so gave sweat nation one of its favorite at-home workout videos of all time.

The United American Video Corporation‘s 8 Minute Abs made $20 million in 18 months. Just a few years after it dropped, the bright-eyed Brenkus was designing Sports Illustrated supermodel Kathy Ireland’s workout videos. A decade later, he was honored during the 50th Anniversary of the President’s Council on Physical Fitness & Sports. The VHS became a compulsory own for gym teachers and soccer coaches. It was even riffed on in that 1998 romcom There’s Something About Mary, where a hitchhiker (played by Harland Williams) pitches Ben Stiller’s character on 7 Minute Abs. “If ya walk into a video store, which one are ya gonna pick? We guarantee just as good a workout as the eight-minute folk!”

No one expected that level of success, especially not Brenkus, who recently called the video’s production value “a joke.” Its lifetime earnings obviously don’t hold a candle to another frequently invoked exercise tape, the Jane Fonda Workout — which sold $120 million in its first year and an eventual 17 million copies — but 8 Minute Abs also didn’t have Jane freaking Fonda, a two-time Academy Award winner and then-emerging fitness icon (Jane Fonda’s Workout Book was a best-seller the year before) who’d arrived at a time when America was desperate for more fitness content, period.

In the 1970s, the country learned to jog, passed Title IX and grew obsessed with the big arms curling ever-bigger barbells at Venice Beach. Anything that continued to scratch that itch was more than welcome. But by the mid-1990s, America’s wants and needs in the world of wellness were a bit more discerning. Which is to say: impatient. Try the phrase “eight minute ab workout” with a Gen Zer today, and assuming they haven’t heard of the original video, they probably won’t be particularly shocked by the concept. The fitness industry has operated under a supposed time crunch for decades now. Trainers, apps, YouTube personalities and fitness writers like myself all accept the basic, agreed-upon premise that people are busy, and that within that hectic framework, exercise isn’t priority A, B or C. So in order to get and hold attention (because any effective routine necessitates attention), everything has to be efficient and digestible — something you can easily squeeze in before a commute or between work and dinner.

8 Minute Abs‘ role at the forefront of this movement shouldn’t be derided; America moving at warp speed is inevitable across every industry. Look at transport, communication, food. If anything, it was prescient. And vitally, as I learned when I put 8 Minute Abs to the test this weekend, it was done effectively, without sacrificing expertise. Jane Fonda Workout was 90 minutes long — that’s longer than any ClassPass session I’ve ever attended. We’re not talking about diminishing returns at that point (over-exercise is definitely a real thing, which runners and lifters alike can bump up against), but it’s not exactly necessary. 8 Minute Abs realized, within the framework of a “busy” society, how to offer a legitimate, reliable everyday toner.

In that context, the ’90s dreamscape fluff surrounding the video doesn’t necessarily matter; any workout worth its salt doesn’t come with an expiration date. And while I agree with rest of the internet that Berkus’s purple-blue Power Ranger tights and “C’mon, gang!” exhortations are delightfully preposterous, just know that his workout is no laugh matter. Because once you look past the sexed-up mid-’90s banter — which borrows from the word bank of a super encouraging lover (“Ohhh, right there!” “There ya go!” “This will never hurt you!”) — you’ll see a patient trainer who knows what he’s talking about and makes time to explain each move for beginners.

The 8 Minute Ab workout includes nine different exercises, each performed for 45 seconds. Here they are: basic crunches, right oblique crunches, left oblique crunches, toe touches, reverse crunches, right-side crunches, left-side crunches, push-throughs, leg pushes, alternating curls and curls. (That’s still nine; moves that work the obliques are just repeated for each side.) All told, it’s a doozie. I completed the whole workout each day this weekend, and each time felt the sort of pain that can only be described as a team of leprechauns trying to jailbreak my stomach with a bunch of little knives. It’s a scorcher, mainly because Berkus, maniac that he is, doesn’t take a break. The full routine just keeps coming. Not in an irresponsible way, mind you. Trainers today often preach the merits of training abs slowly, prioritizing mind-muscle connection, and Berkus is saying all the right things, even in 1995. He just jumps to the next move without any stop or fanfare, though, meaning you have to stay involved, and that you’re bound to get a good workout in in eight minutes.

Berkus keeps calm all throughout. He repeatedly returns to discussing the exact muscles we’re targeting, and does a great job of addressing improper mechanics, especially as they relate to the neck and back. Casual crunchers often lead with their neck or allow the low back to brunt the load in a core workout. If you’re doing that here (which you will, it’s perfectly natural, considering the way we spend our days), Berkus will be sure to call you out on it and show you exactly how to tuck your chin in, keep your back flat and engage the rectus abdominis, which will help you actually achieve definition and strength in the core.

And the latter is what you’re really after, in lieu of that irresistible, Grail-like quest for a shiny, cut front. The abs gracing the 8 Minute’s VHS cover definitely required more than eight minutes of thought a day; the trite trainer line that “abs are made in the kitchen” is true, and spot-reduction, the concept that exact patches of fat can be eradicated with exact exercises, is long-debunked bologna. Banging out 300 crunches a day is an utter waste of time (assuming your goal is a Men’s Health cover) if you’re also putting down pepperoni pizzas and pints of Phish Food. General core strength, though, will come in handy in every single exercise you attempt. Marathoners, weekend basketball players and grandmas putting holiday decorations away could all use a confident mid-section, and working it repeatedly, with slow, Berkusian attention (yeah, we said it) will have positive side effects for large lower muscles like your glutes while strengthening your back against the disrepair of a sedentary lifestyle and natural wear and tear.

So, join the gang. Personally, I’m ready to make it an everyday thing. If I have eight minutes to sort socks or hurtle down Wikipedia blackholes, I can definitely stare at a pond and do some crunches. Especially right now. No one is “busy” right now. No one has a train to catch. No one has a dinner with friends tonight. Over time, I’m sure, the humor in Berkus’s support and leggings will fade. But it’s a fair trade, I’d say, for some strength just above the belt. And that’s eternal. 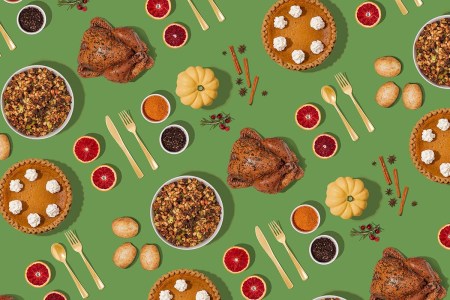 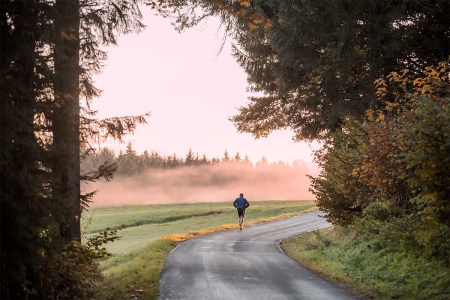