The Best Drive-In Movie Theater in All 50 States, and What to Pack

Some would say we’re experiencing the golden age of movie theaters.

In order to compete with Netflix, chances are there’s a cinema near you offering handcrafted cocktails, gourmet concessions and experiences that transcend your run-of-the-mill megaplex.

The problem with this perspective is that these types of venues existed long before streaming: they’re called drive-ins.

Before you ask, yes: those Grease-immortalized date-night spots are still trucking along all over this great land. And before the hip movie houses du jour were even a twinkle in the spectacled eye of well-funded cinephiles, these American institutions were hosting (literal) fields of well-appointed moviegoers.

Their concessions of choice? Anything they could fit on a portable grill or in a cooler. Their seating? Car seats or any number of camp chairs. Their experience? Well, let’s just say nothing beats a new Star Wars flick under the stars.

To make it as easy as possible to experience these relics of Americana, below you’ll find the ultimate drive-in packing list (complete with canned cocktails, for those who won’t be driving, and for theaters that allow outside food and drink) and where to find the best drive-ins in almost all 50 states.

The Cooler: YETI Tundra 65
YETI is the all-around gold standard for coolers, what with their “Fatwall” design keeping things frosty with two inches of insulation and the rotomolded construction keeping it from collapsing when you need to use it as an extra seat. But this particular size (42 cans) is the perfect mix of holding enough to last your group two or three movies without taking up too much space.

The Canned Cocktail (for non-drivers): Cutwater Spirits
From the grapefruit Tequila Paloma to the Three Sheets Rum & Ginger, the folks at Cutwater have something for you, your lady and to swap with the group next to you who are grilling three types of brats.

The Chair: Kelty Low Loveseat
What’s better than putting your arm around your lady in the front seat of a drop-top? Pulling a veritable collapsible couch out of the trunk (without a pesky stick shift between you).

The Grill: Primus Kuchoma
If you’re feeling particularly adventurous (and the drive-in allows them), pack this simple gas grill. You won’t have to worry about making a mess in your vehicle, so when you’re sick of popcorn after Infinity War, go ahead and grill some veggies before Solo.

The Sweatshirt: Todd Snyder + Champion Retro Terry Pocket Sweatshirt
When the temps go down with the sun, grab a comfy, colorful pocket sweatshirt from the backseat. They’ll keep you toasty and help your friends spot you coming back from the bathroom in the dark.

And the Best Drive-In in (Almost) Every State

Now, plug all those into Google Maps and you’ve got the Great American Drive-In Road Trip. 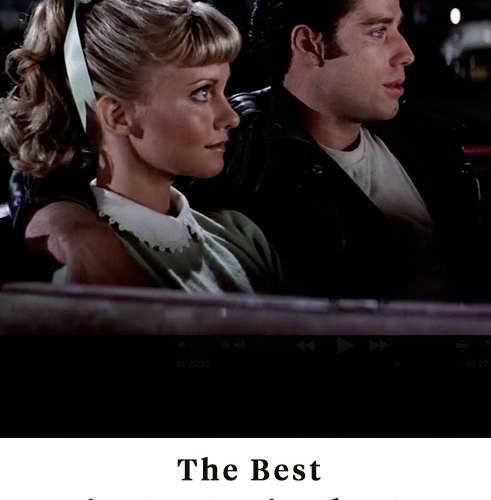