(Courtesy of Enoteca Maria)
By Will Levith 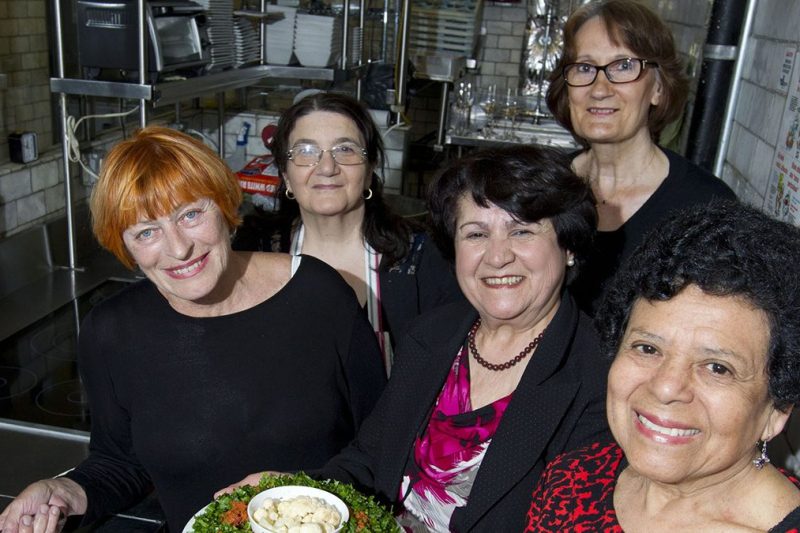 More often than not when you hear chefs talk about their inspiration on the Food Network or Top Chef, they’ll cite their grandmother. One New York City restaurant decided to turn that concept on its head.

Enoteca Maria, an Italian restaurant based in Staten Island, has launched its “Nonnas of the World” program, a not-so-secret second menu to complement the normal Italian one, that is prepared by a grandmother from a different country every day the restaurant is open (she’s always paired with a second grandmother from Italy).

The roster of grandmas have hailed from Argentina, Venezuela, Belarus, Kazakhstan, Ecuador, and Poland—as well as a flurry from different Italian cities. With grandma-chefs scheduled during the restaurant’s normal business hours of Wednesday through Sunday, you might get Nonna Piera from Casteldoccia, Italy, who is known for her stuffed calamari (Oct. 21); or Nonna Hawa from Liberia, whose Joloff rice is to die for (Nov. 4).

At press time, the restaurant’s calendar notes that the grannies will be around through Nov. 4, but given the media buzz, we’re going to take a wild guess that they’ll be around for the long haul. (Even with the aroma of savvy marketing, you can’t help but love the concept.)

The restaurant also recently launched free one-on-one cooking classes with a random grandmother, which you can sign up for here. Enoteca Maria has even launched a virtual web hub, where people can leave famous recipes from their own grandmothers.

For more on the nonnas, watch a video from Gothamist below.