How Much Do Countries Pay Their Gold Medalists?

Payments vary greatly depending on the nation.

First, let it be said that the real Olympic windfalls come from being a gold medalist who scores some serious endorsements. (Michael Phelps’ net worth is estimated at at least $50 million, and he didn’t earn that by giving swimming lessons on the side.) Most Olympians, of course, will not be champs; and the ones who do reach the top of their game will still never end up with endorsement deals, because their sports are simply too obscure. That’s why you don’t see dressage medalists on Wheaties boxes.

What you may find interesting is that some of the lesser-publicized winners still get a payout from their country’s Olympic committee. (Not always, though: Here’s looking at you, United Kingdom.) The payments vary in size from rather-paltry-considering-the-years-an-athlete-invests-in-training to amounts that are downright go-ahead-and-take-the-next-decade-off.

Listed below are the estimated sums for various countries. Please keep in mind that the dollar amounts may fluctuate based on exchange rates. 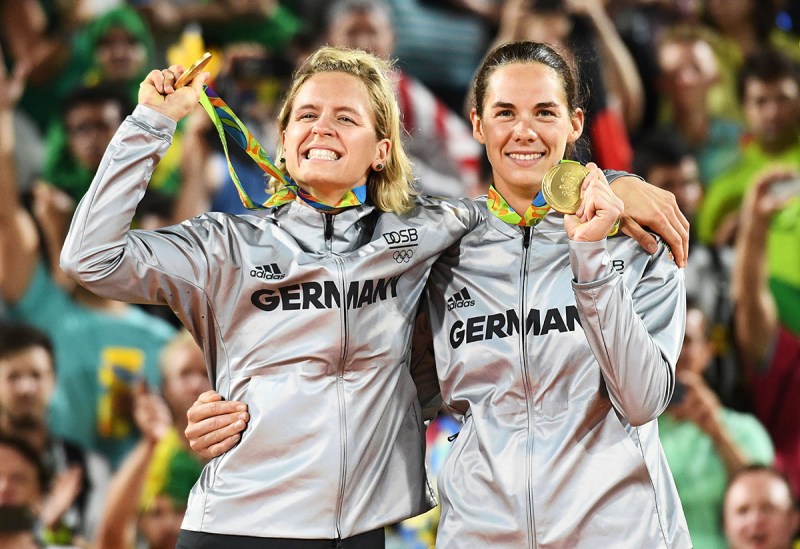 In general, nations that normally have a lot of Olympic success tend to cut back on the payments accordingly (even if the U.K. took it to the extreme), and those that have had less glory are prepared to be very generous. At the end, we’ll explain why it’s particularly good to be a champ from South Korea.

U.S.: $37,500 (It was increased from $25,000 after 2016 and there is now a tax exemption on winnings for athletes without elite earning power. That said, those at the Phelps level have to send a good chunk of their payouts right back to Uncle Sam.)

South Korea: $55,000 (The special bonus will be explained momentarily.)

Now to South Korea: Able-bodied males are expected to serve a 21-month tour of duty in the military by the time they turn 28—and if you’re an Olympian, it’s hard to argue you aren’t able-bodied. During their service, soldiers earn a stipend of $120 a month. Particularly for athletes in sports with the potential for high earnings like soccer or baseball, this is a brutal hit, as it takes away a good chunk of their athletic prime.

Chan Ho Park of the Los Angeles Dodgers in action during a Spring Training game against the Houston Astros in Vero Beach, Florida. (Stephen Dunn/Allsport/Getty)

There is a way out, however: South Koreans who win a gold medal at the Olympics or other international games earn a military service exemption. Famously, pitcher Chan Ho Park won a gold in 1998 in the Asian Games, allowing him to continue a career that saw him sign a five-year contract for $65 million in 2002, which is slightly more than the $2,520 total he would have received for his military service.

If that doesn’t make a man want to win, what will?

Review: Was the BMW iX Electric SUV Worth the Wait?

Where Does the No-Tip Trend Go From Here? A Restaurant Vet Weighs In.
Why You Should Walk for at Least Two Minutes After Every Single Meal
This Wild West Town in the Black Hills Is the Ultimate Summertime Road Trip
Review: Was the BMW iX Electric SUV Worth the Wait?
Arctic Sharks Are Now Showing Up in the Caribbean, Apparently