Best Made brings its vintage-inspired gear to the West Coast

“I love knives,” says Peter Buchanan Smith. “Almost every country in the world has its style of knife, and it says a lot about its culture.”

He says this as he demonstrates how to open a Japanese fisherman’s knife, which has a trick to opening it — you push your thumbs ominously together.

Peter’s shop, Best Made, just opened on La Brea. If you’re unfamiliar with its woodsy, design-forward ethos, prepared to be wowed.

They make their duds from natural fibers clothes that are handsome enough to wear to work but robust enough for the Alaskan wilds. Take their Ventile – Shearing RCMP Hat, built from 100-percent cotton with a weave so tight it’s as waterproof as Gore Tex. It was pioneered by the British military, and Best Made lines theirs with baby-soft wool.

They’re also known for their axes and one-of-a-kind collaborations like the Gerstner Field Desk. And new to the collectio? Their first longbow. “It’s such an act of zen,” says Peter. “Just pulling the bow over and over, focusing on the movements.” They’ve even got an in-store archery range where you can test it out.

Part of what makes Best Made special is that Peter goes to places others don’t in search of the best outdoor gear. He found the SOLKOA Survival Kit, a palm-sized box made by Navy SEALs, at a gun show.

“I love going to places like those,” he says. “That’s where all of the discoveries are made.” Like FourSevens, a tiny flashlight that Peter deems the Apple of flashlights. “It’s simple and friendly.”

Essentially, if you’re hunting for a gift for a guy (including yourself) who appreciates quality goods and has outdoor hobbies, this is the spot.

But let’s go back to the knives. They have many. Here are some of our favorites.

Sebenza
Chris Reeves is the knifemaker behind Sebenza, and his thumb release and lock system have been copied by many notable companies.

Makiri Fishing Knife
“If you just looked at this you’d think it was a block of wood,” says Peter. Adding that “it’s not a bevel blade” — meaning it’s flat on one side to make it easier to cut fish.

Buck Knife
“Everyone in the south has a Buck knife. It’s probably the most iconic American knife,” he says. They made the blade with Sebenza steel so it’s more stable. “It doesn’t contract or expand with heat, and the grip actually gets better when wet.”

Case Hunting Knife
“They approached us about doing a knife, and we’re still in talks, but we just wanted this one in stacked leather.” 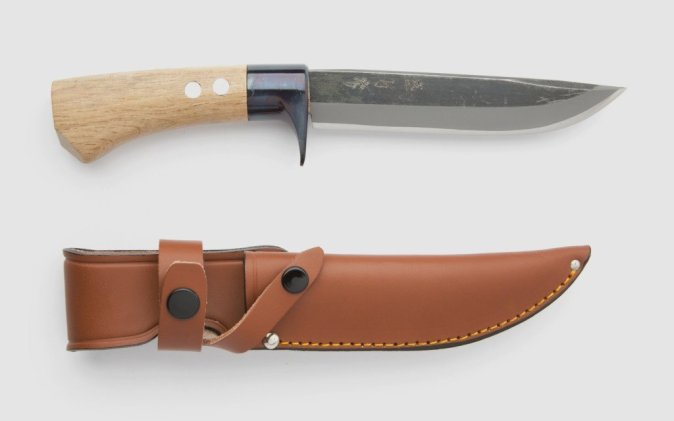 Japanese Hunting Knife
You can’t find this outside of Japan.

Japanese Hatchet
“To me, this is the missing link between a knife and an axe.” 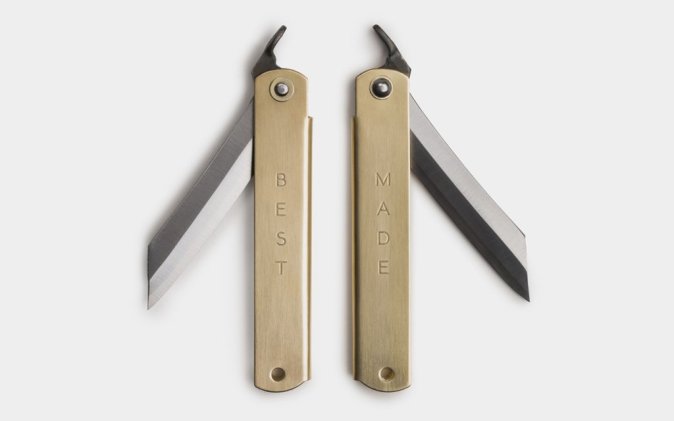 Higo
This is the traditional Japanese carpentry knife. “We found it through a Japanese tool distributor, and then went to Japan and got these.”