Police Capture Alleged Child-Killer Who Taunted Them for Decades

The murder of April Tinsley seemed unsolvable until DNA led to a break in the case.

On July 15, 2018, a pair of police detectives approached a gray-haired man outside his trailer at 13722 Main St. in Grabill, Indiana. They asked the man, 59-year-old John D. Miller, to speak with them at the Fort Wayne Police Dept.

In his affidavit for probable cause, Det. Brian Martin said he asked  Miller if he knew why they wanted to talk with him.

Miller looked at the detectives.

On the first day of April 1988, eight-year-old April Tinsley disappeared.

Police found her body in a ditch on April 4th. She’d been sexually assaulted then asphyxiated. They obtained a DNA sample from her underwear—and for two years, that was about it. It was a horrific murder, a profound violation that resonated throughout Fort Wayne, but there was no resolution. Only fear.

In 1990 the killer struck again, but this time he used words. On a barn door he scrawled, “I kill 8 year old April Marie Tinsley did you find her other shoe haha I will kill agin.”

No one knew for sure if it was the real killer. If it was, he relished the fear he’d caused and wanted more excitement. And there was plenty of fear to go around. In early April 1992, four years after April Tinsley’s murder, the Logansport Pharos-Tribune published an account of nervous parents in and around Fort Wayne reacting to an attempted abduction and reports of a strange car following children as they headed home from school. This pattern continued across the years.

It didn’t help that early descriptions of the man were too innocuous, too vague to help. He drove a blue truck. He was white, in his thirties, and a little disheveled. In northeastern Indiana he could have been anyone. As the years passed, however, he parceled out sick bits of evidence, and his targets were little girls, just like April.

In 2004, reported the Washington Post, he left a note for a girl that read in part, “Hi honey. I been watching you I am the same person that kidnapped an rape an kill April Tinsely you are my next victim.”

He threatened to blow up one harassment victim’s home. He left used condoms on the bikes of other girls and he left Polaroid shots of his genitals. April Tinsley’s killer was Fort Wayne’s boogeyman, and he loved it.

But the entire time he was passing out his sick greeting cards, he was giving police more evidence. More DNA, even a more in-depth physical description that could one day be used against him.

He was a very lucky boogeyman, as it seemed like he was also stupid.

Not stupid enough to get caught.

Then came the Age of Forensic Genealogy.

Forensic Genealogy is one of those things that seems so obvious the moment you learn about it—obvious since consumer DNA tests became available. At least three websites permit storage of DNA data from customers, but only one is free: GEDMatch.

A Wikipedia description of GEDMatch is as good as any: “GEDmatch is an open data personal genomics database and genealogy website based in Lake Worth, Florida.”

Thousands of users have uploaded their raw DNA files from 23andMe and Ancestry.com, and through these GEDMatch often unearths pairings of relatives and distant relatives that might not be found via paid sites.

Once law enforcement realized what a fantastic tool it could be, they opened a new era in criminal investigation: comparing an unknown subject’s DNA with samples willingly uploaded to GEDMatch. 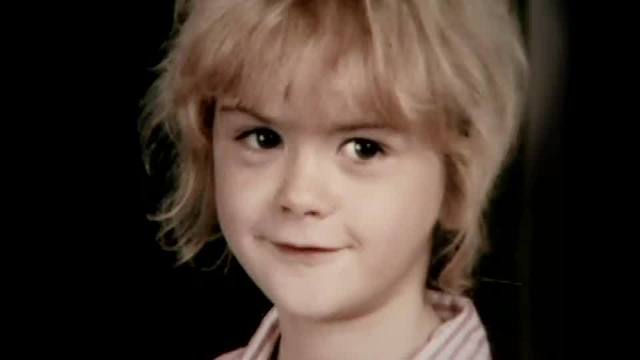 With the aid of highly-trained genealogists capable of tracing the most complex family trees back across generations, investigators began wrapping seemingly intractable cold cases to the tune of one or two a month sometimes.

The most famous so far was the arrest of Joseph James DeAngelo, whose DNA matched the infamous Golden State Killer. With DeAngelo’s high-profile arrest, other police departments across the country took the cue and began delving into family trees, sometimes apprehending a suspect from a mere thread of DNA linking them to a great-great-granduncle.

There are no perfect solutions, but there’s no ignoring how many cold cases were resolved after DeAngelo’s arrest. Fort Wayne detectives followed a genetic roadmap to John Miller’s door on Main Street in Grabill, Indiana. Forensic genealogy, aided by all the evidence April Tinsley’s killer left behind as he fulfilled his need to terrorize children, pointed to Miller and his brother. Detectives collected another DNA sample from Miller’s trash, and it matched.

So, there they found him, a disheveled man looking older than 59, with flat shark eyes and bad teeth. He did look like the boogeyman, after all.

He reportedly confessed after he said her name. He told of abducting the girl, of raping her, and of how he then strangled her before defiling her dead body. It was simple. It was horrible.

Miller’s run-down trailer in Grabill stands empty and surrounded by crime scene tape. One more boogeyman has come into the light.