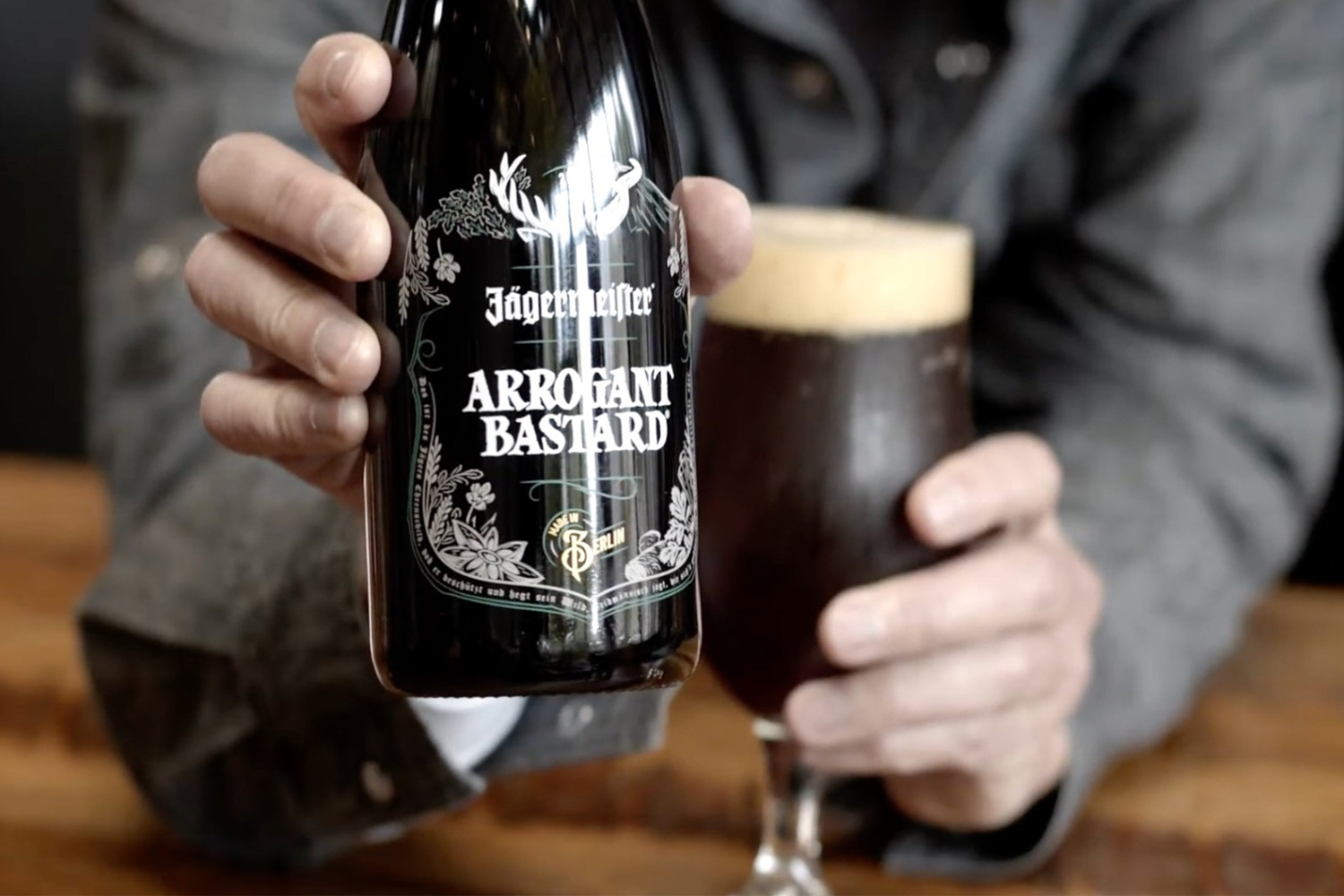 When you see the name “Jägermeister,” it’s likely that the first thing that comes to mind are shots. Strong, spicy shots. Shots potentially served from a device tailor-made to create them, if your local bar has one installed. But in recent years, Jägermeister has broadened its purview — meaning that even if you don’t much care for shots, you still might enjoy something affiliated with the long-running German herbal liquor.

Their latest high-profile collaboration is Jägermeister Arrogant Bastard Ale, made in conjunction with — you could probably figure this out — brewers Arrogant Consortia. It’s an American strong ale; included in its ingredients are many of the 56 herbs and spices used to make Jägermeister. All of which suggests an ideal cold-weather beer — both hearty and unpredictable in its flavor profile.

Greg Koch of Stone Brewing and Arrogant Consortia discussed the collaboration in a new video, which offered some insight into the process behind the new beer.

But this beer isn’t the only high-profile Jägermeister collaboration to pop up in recent years. Some other ones make logical sense: they’ve also partnered with the National Hockey League — they’re its “official shot” — and the iconic metal band Slayer. The latter of those, which resulted in a limited-edition bottle with a Slayer-themed design, came about in part due to Slayer’s onetime tour manager Jack Carson taking a job with Jägermeister. Given the close proximity between the worlds of heavy metal and alcohol — for good or for ill — this isn’t the strangest convergence of the two.

If you’ve ever dreamt of owning a sneaker that trumpets your love for herbal liquor, well, they’ve got you covered there as well. In late 2017, Jägermeister announced a collaboration with KangaROOS, which featured a pair of shoes with a color scheme that recalled the label design found on many a Jägermeister bottle. The limited-edition footwear went on sale in shops across Germany in December of 2017.

But Jägermeister has also made a foray into the art word: note this collaboration with South Korean artist Jongwoo Ahn, whose work frequently utilizes found objects and well-known brand logos. It might just be the perfect thing to contemplate as you sip a certain spicy beer on a cold autumn night, Slayer on the stereo and a hockey game on in the background.