‘On the stage (Shakespeare)’ (Oleg Shuplyak)
By David Kiefaber 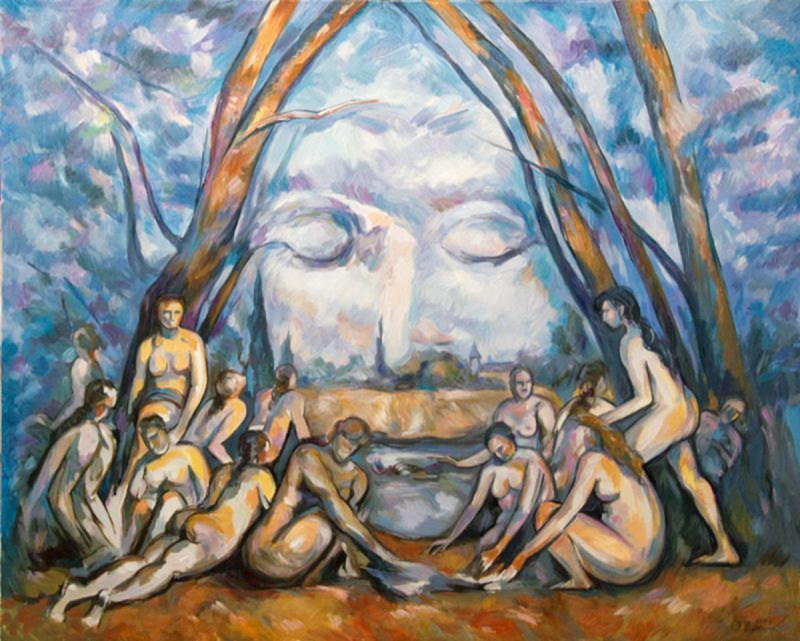 Ukranian architect Oleg Shuplyak designs buildings for a living, but MrOlik, his pseudonym, creates paintings that are a world of their own.

With an architect’s eye for detail and structure, Shuplyak’s paintings are also highly inventive optical illusions that double as portraits of other artists and historical figures. His primary technique, which he’s been refining since 1992, masks portraits within larger depictions of figures and landscapes. What looks like a woman seated in front of a table with a white tablecloth up close can also be seen as a portrait of Salvador Dali from afar.

Scroll down to check out our gallery of Shuplyak’s best, and most surreal, hidden portraits to date. 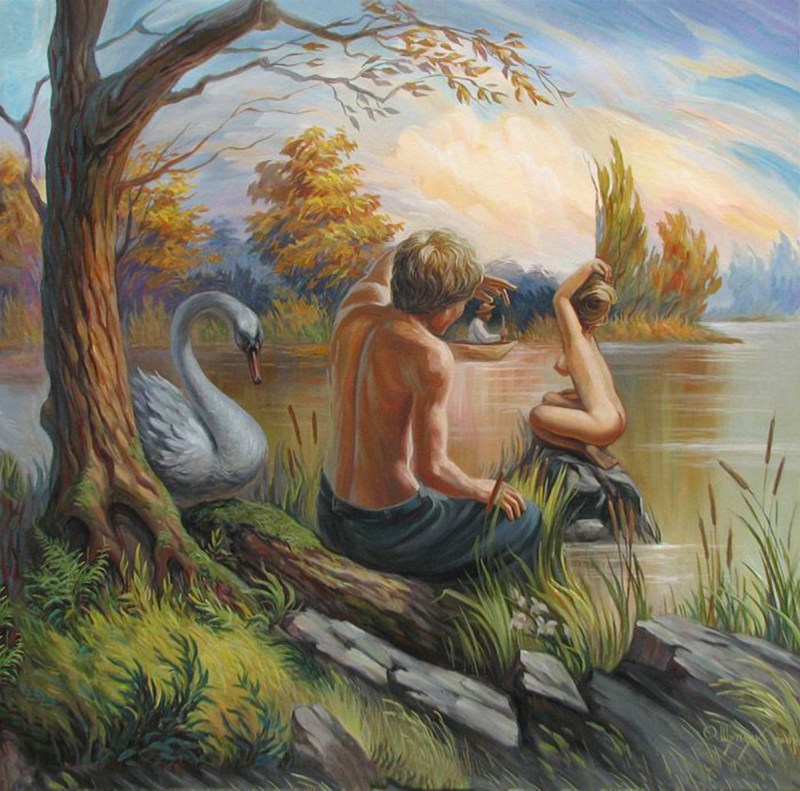 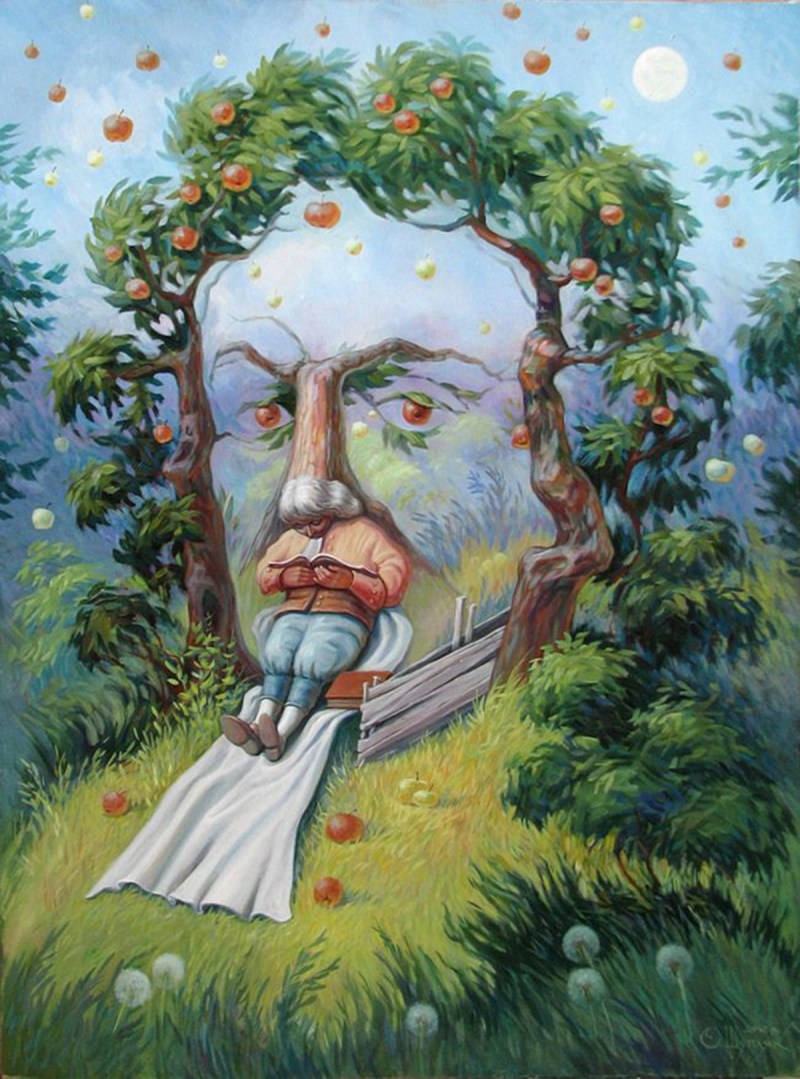 ‘Newton in the Garden of Ideas’ (Oleg Shuplyak) 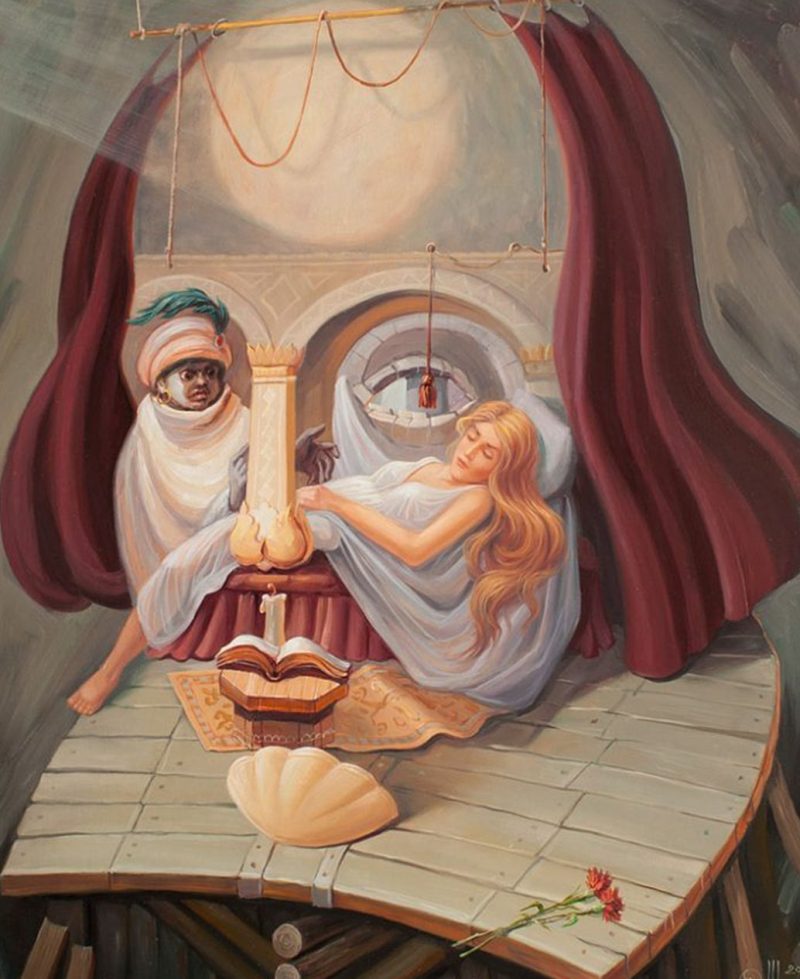 ‘On the stage-Shakespeare’ (Oleg Shuplyak) 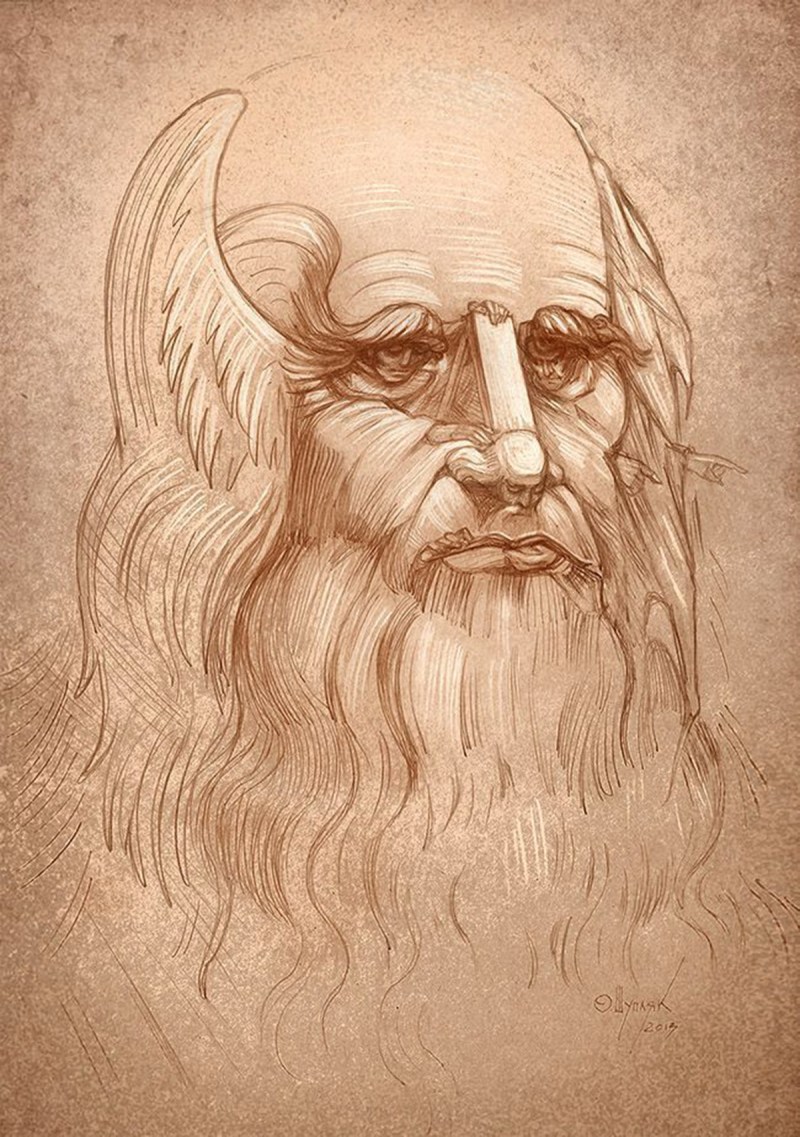 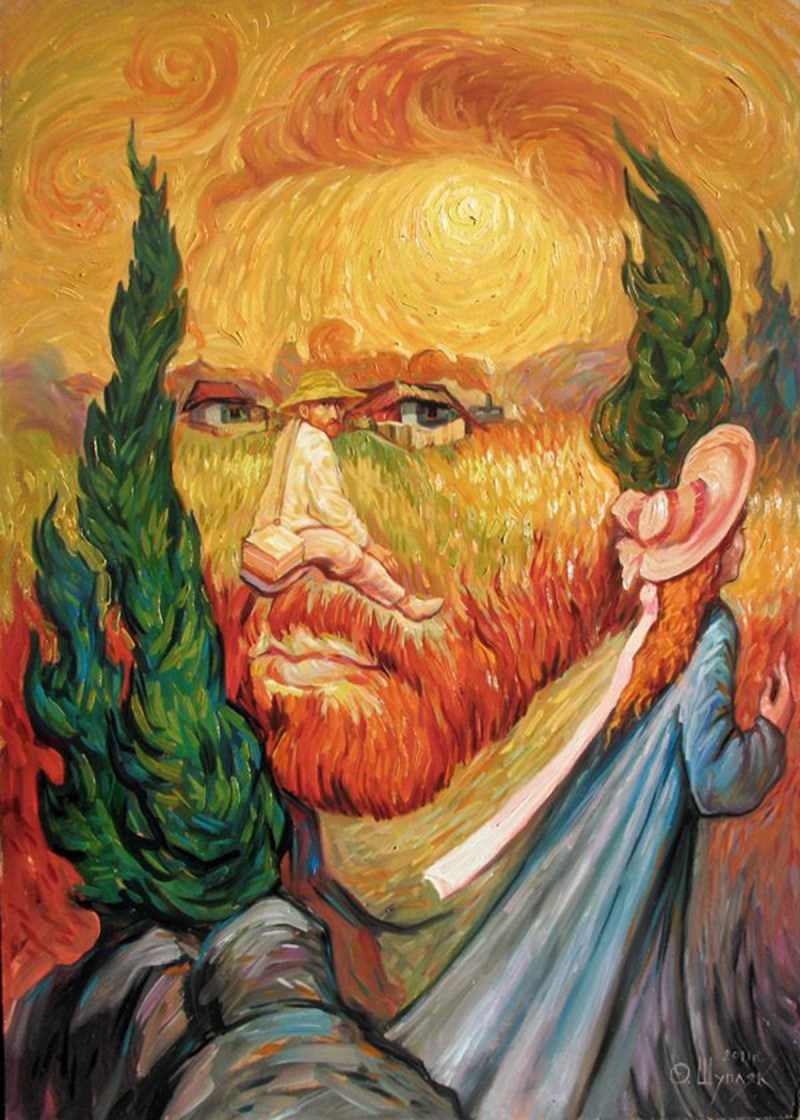 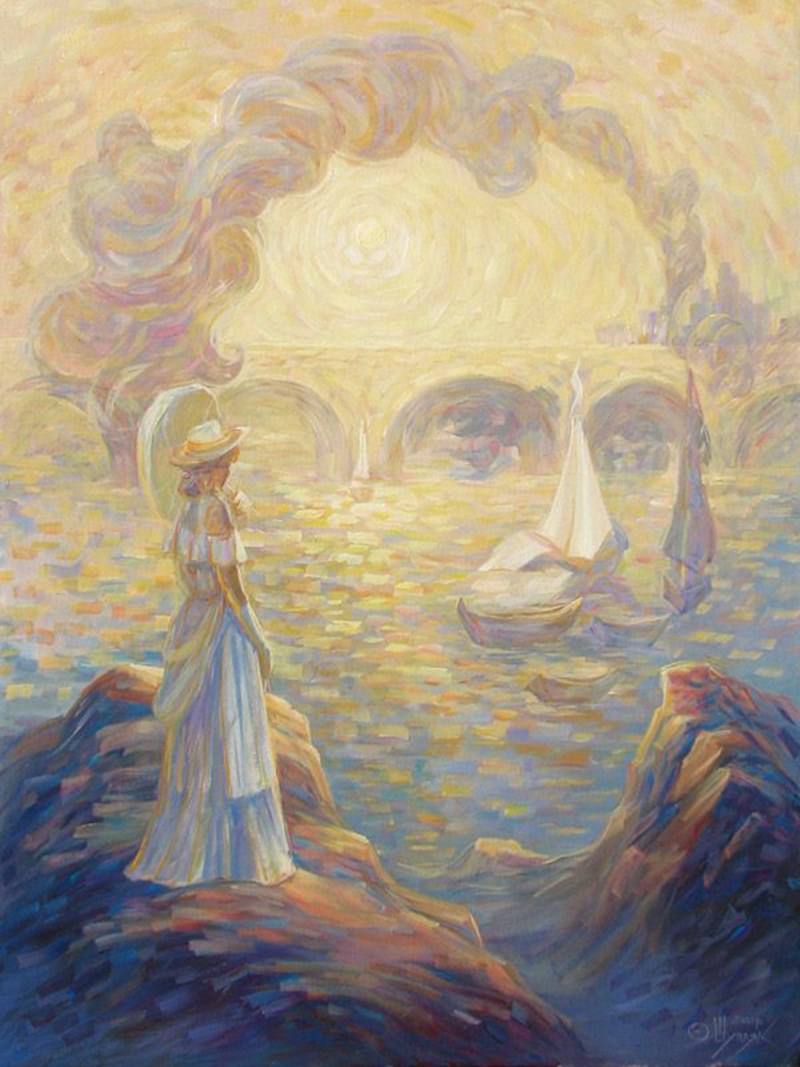 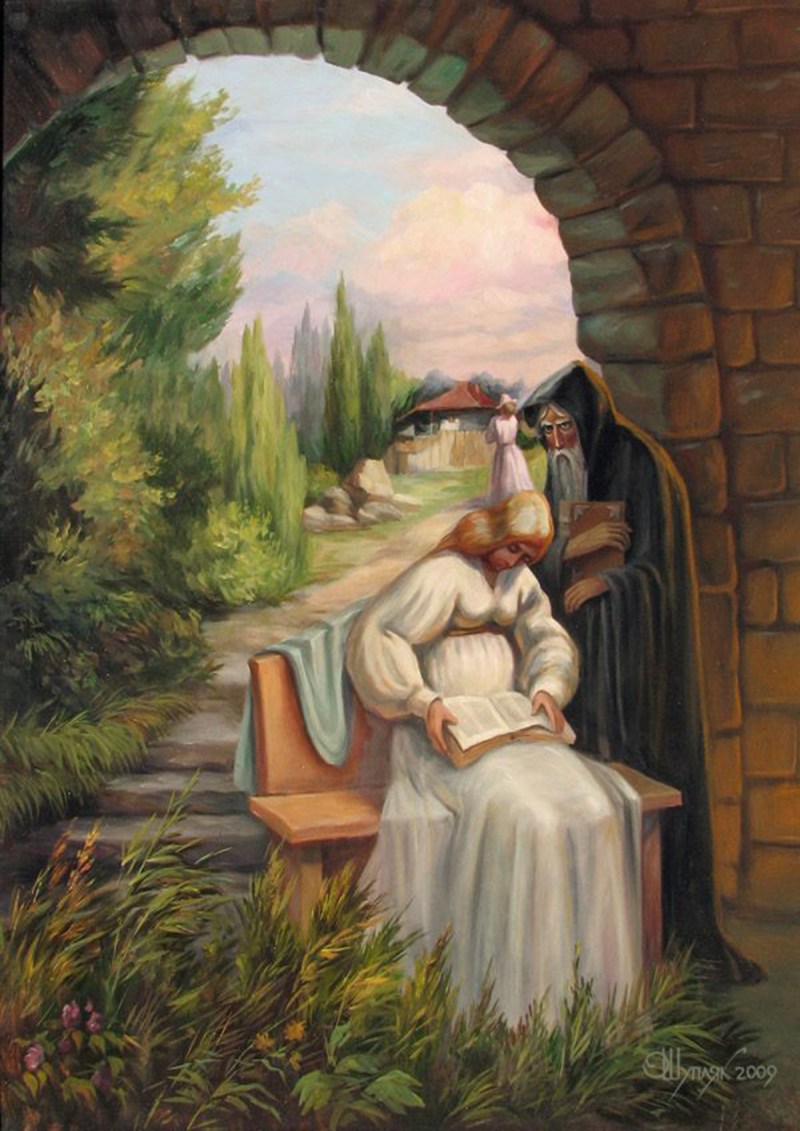 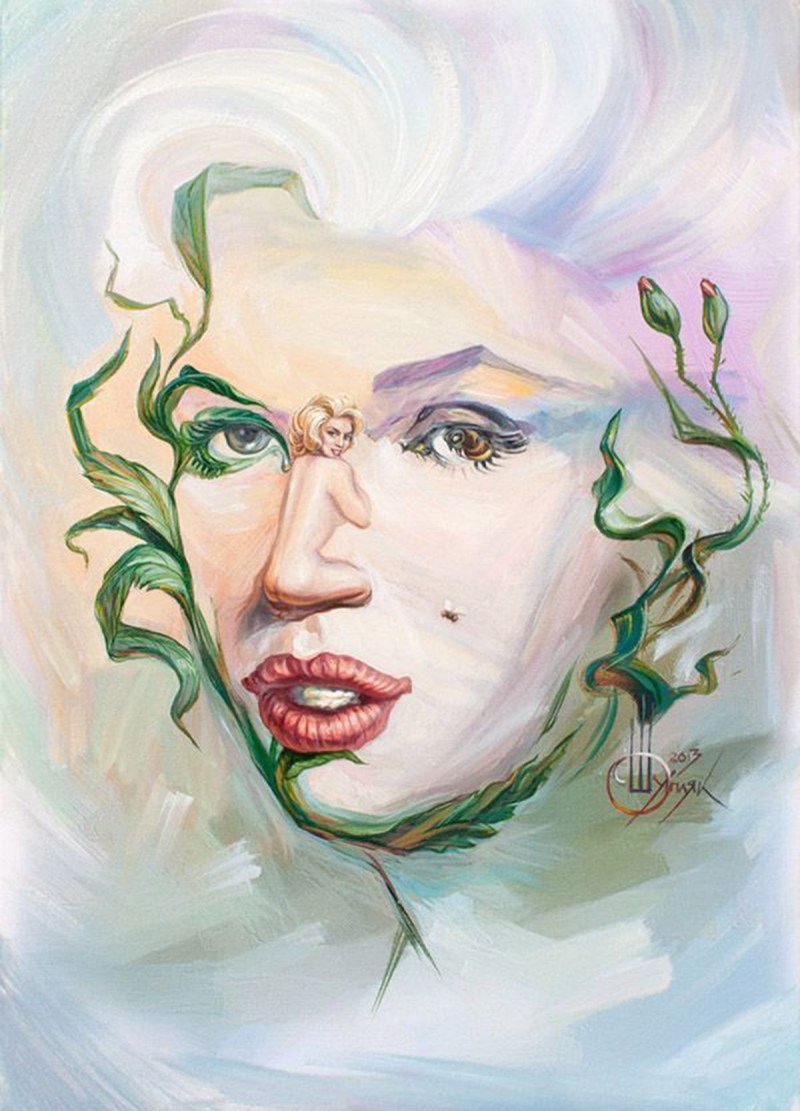 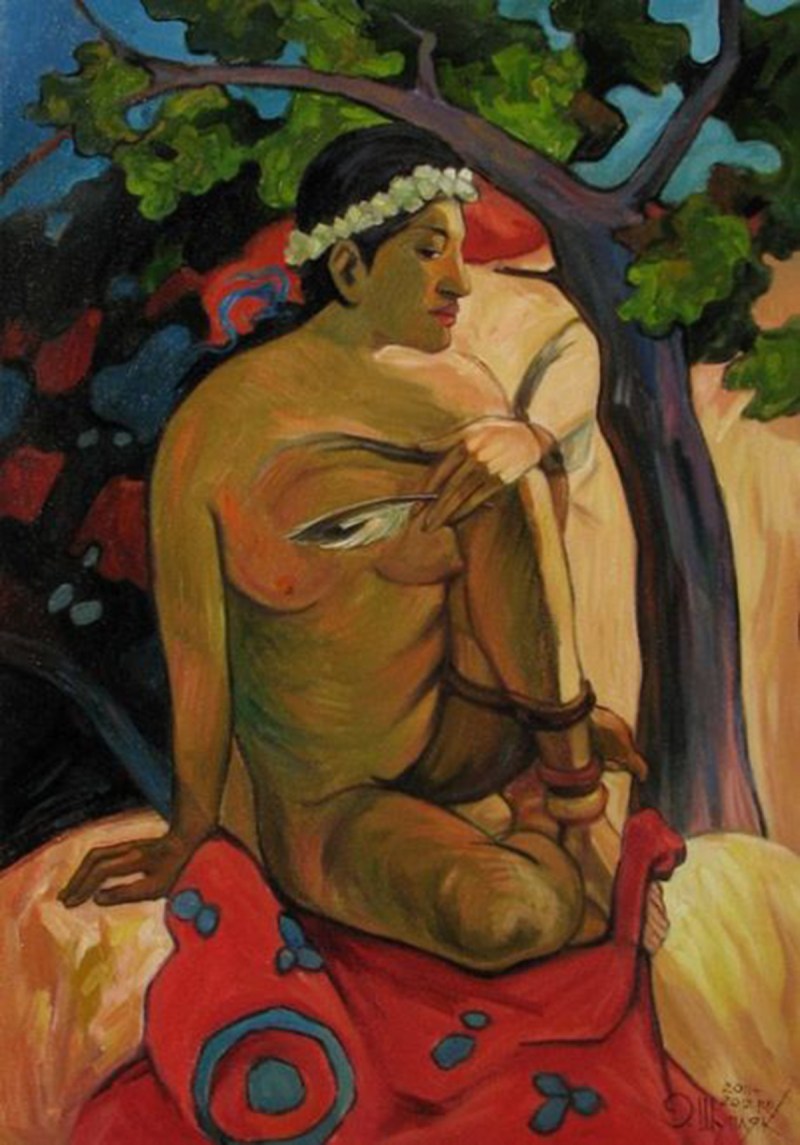 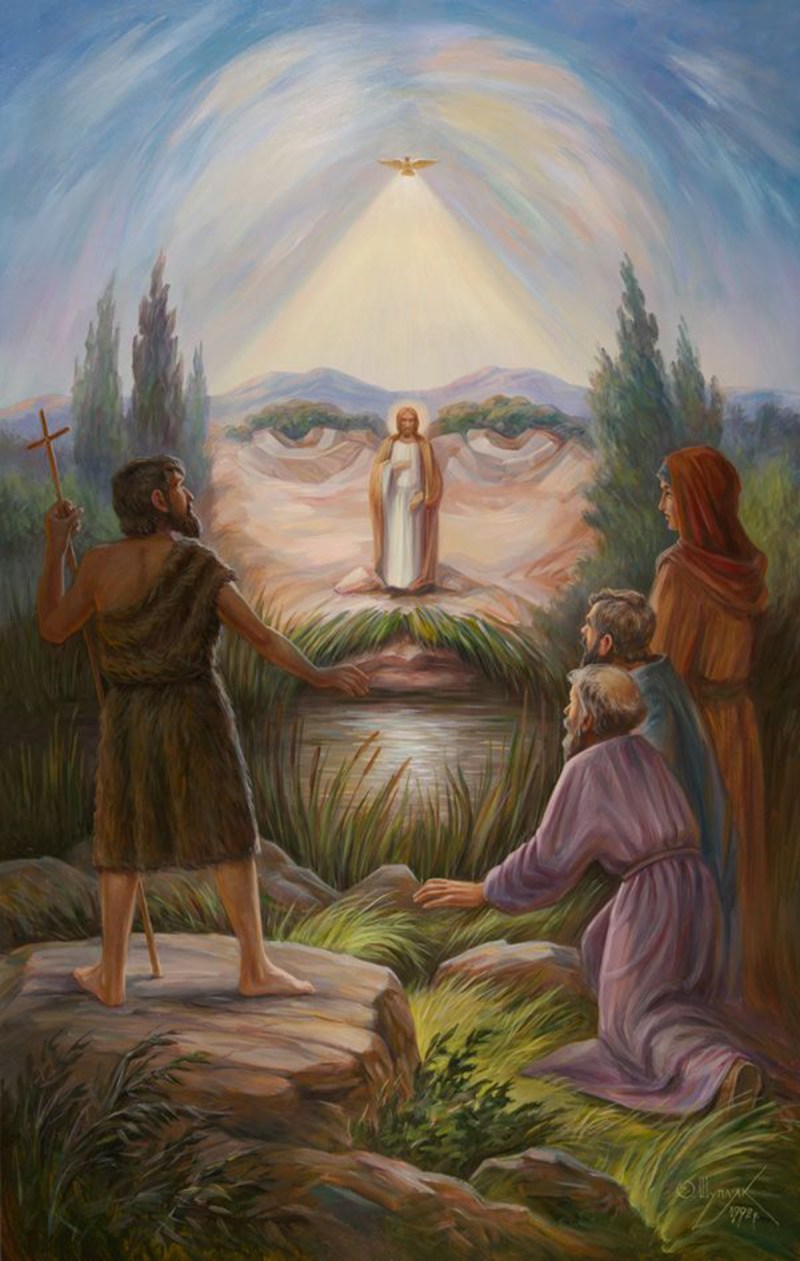 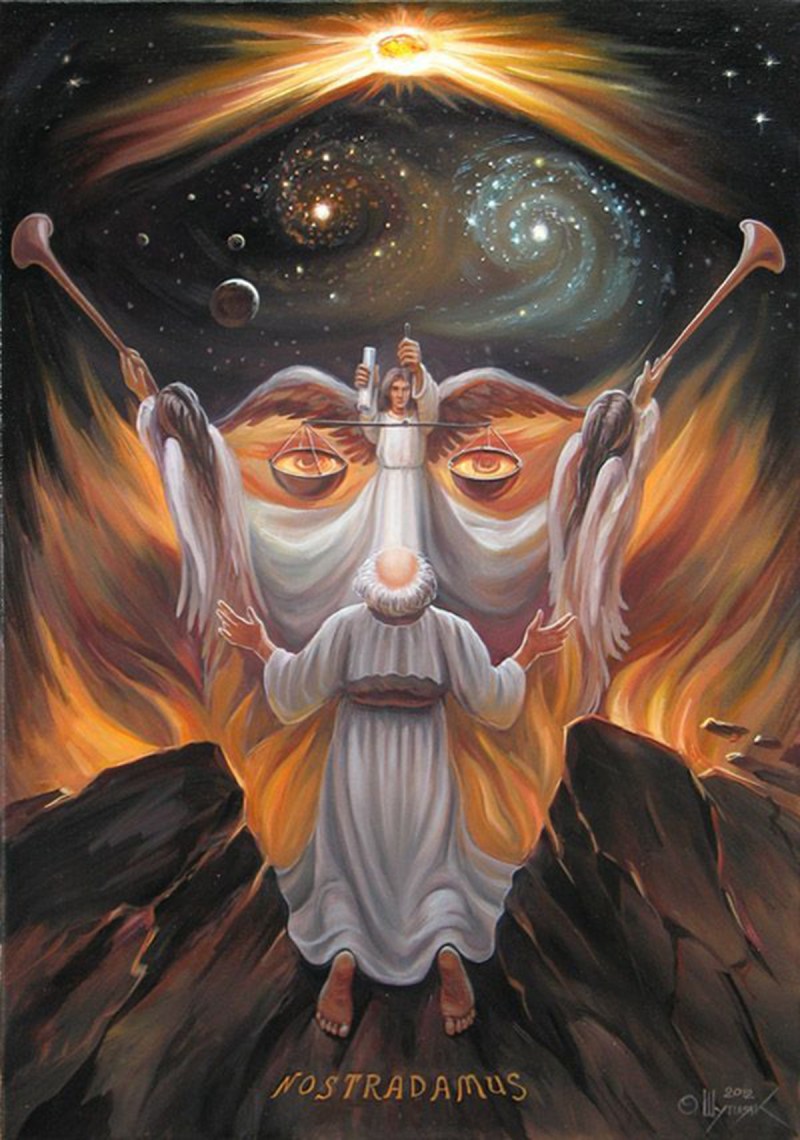 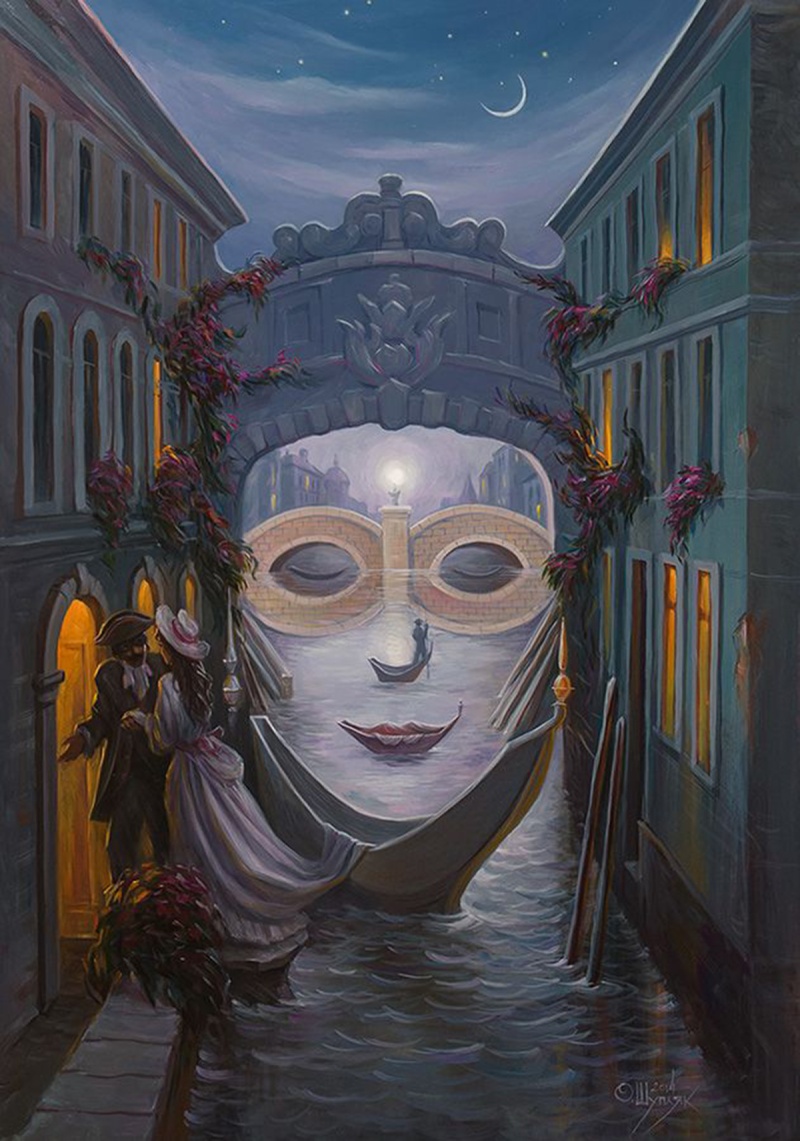