For "Long Way Up," the actor is reportedly using the Harley-Davidson Livewire and Rivian trucks 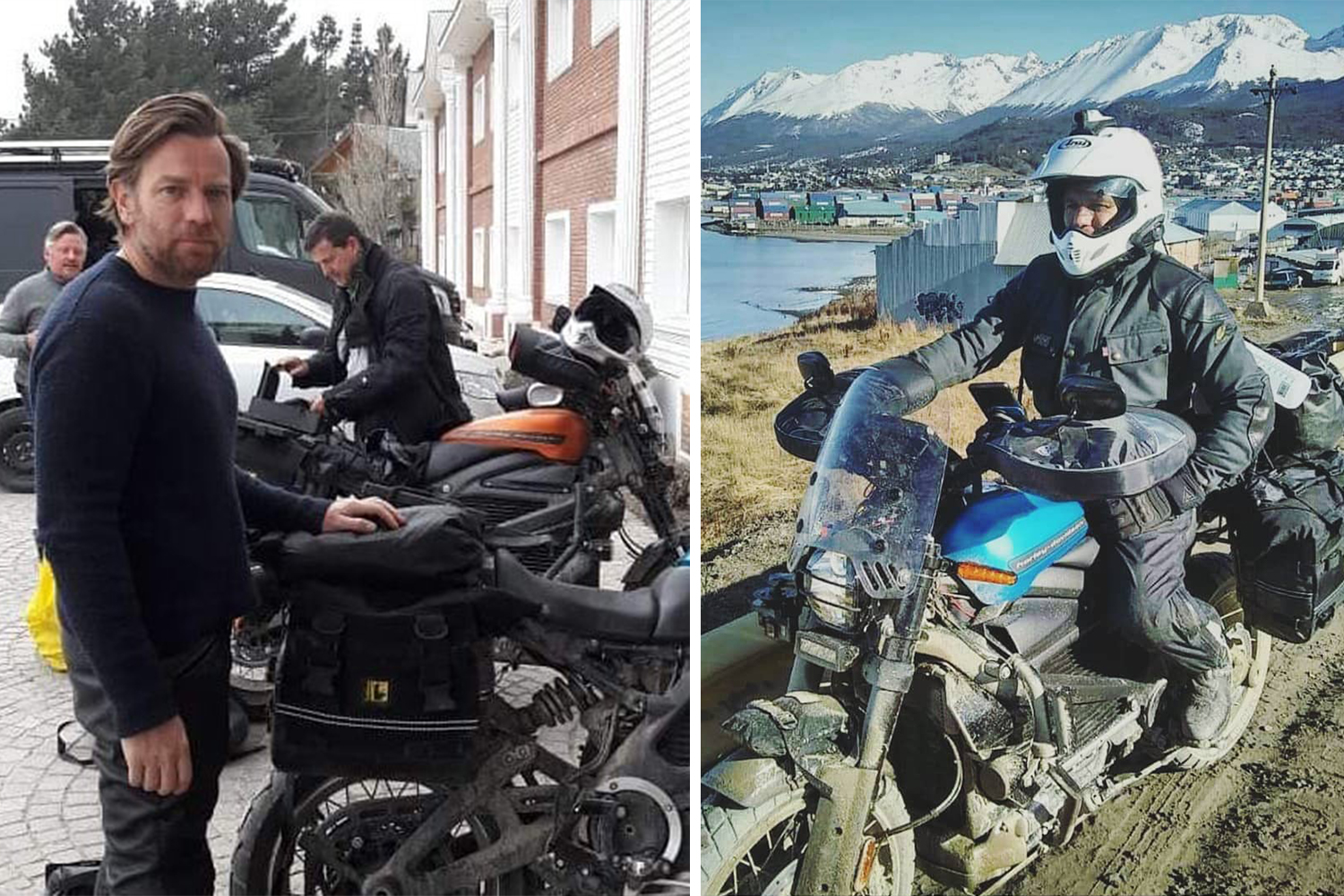 Photos of Ewan McGregor and the electric vehicles have been showing up on accounts like @scott.phil and @thetwentysecondstore.
Instagram
By Alex Lauer / October 1, 2019 7:44 am

Ewan McGregor is no stranger to real-life adventure. In between movies, the actor and his longtime friend Charley Boorman have traveled the world via motorcycle, most famously in the Long Way Round and Long Way Down trips that were made into TV series, where the duo drove east from London to New York and south from Scotland to Cape Town, respectively.

Now, according to an article from The Drive, McGregor and Boorman are filming the third installment, Long Way Up, a journey from the tip of South America to Los Angeles; and instead of riding traditional gas-powered motorcycles, they’re reportedly using Harley-Davidson’s new LiveWire. That’s right, they’re taking electric vehicles overlanding.

The Harley isn’t the only EV making an appearance. According to photos that have been making the rounds on Instagram, where all of The Drive’s intel is coming from, the riders and film crew are also “using Rivian’s R1T electric pickups as backup vehicles for the forthcoming motorcycle documentary.”

While none of this has been confirmed either by the production team of Long Way Up, Harley-Davidson or Rivian, it was hinted at by Boorman months ago. As ADV Pulse notes, he confirmed the route and also cryptically hinted, “We got a few little surprises. We are not going to do it traditionally so there is going to be a little twist.” That little twist turns out to be a very big test for the electric vehicle industry.

As we pointed out in our review of the LiveWire, the electric Harley only has a range of 146 miles in the best conditions. As for Rivian, the company promises a range of around 400 miles (and is backed by Ford and Amazon), but neither the R1T truck or R1S SUV are available to the public yet (the launch is coming later this year). In other words, these and other electric vehicles promise a lot, but they haven’t been tested to the extent of their gas counterparts. Sure, Tesla has proved that EVs can make fantastic city cars, but no one has done the same for mass market off-roading and overlanding vehicles.

The roads McGregor and Boorman have driven in the past have been rough, treacherous and even nonexistent. If they make it to Los Angeles on these EVs without any major hangups — even if the vehicles are supplemented with range-extending and off-road accessories — it will be a big win for the electric-vehicle industry and a huge boon to public confidence in the vehicle capabilities. On the other hand, if they have to switch to gas-powered vehicles (the third photo in one Instagram post shows one), it might mark another delay for our electric future.