Rivian's R1T pickup proves it has everything and the kitchen sink, literally 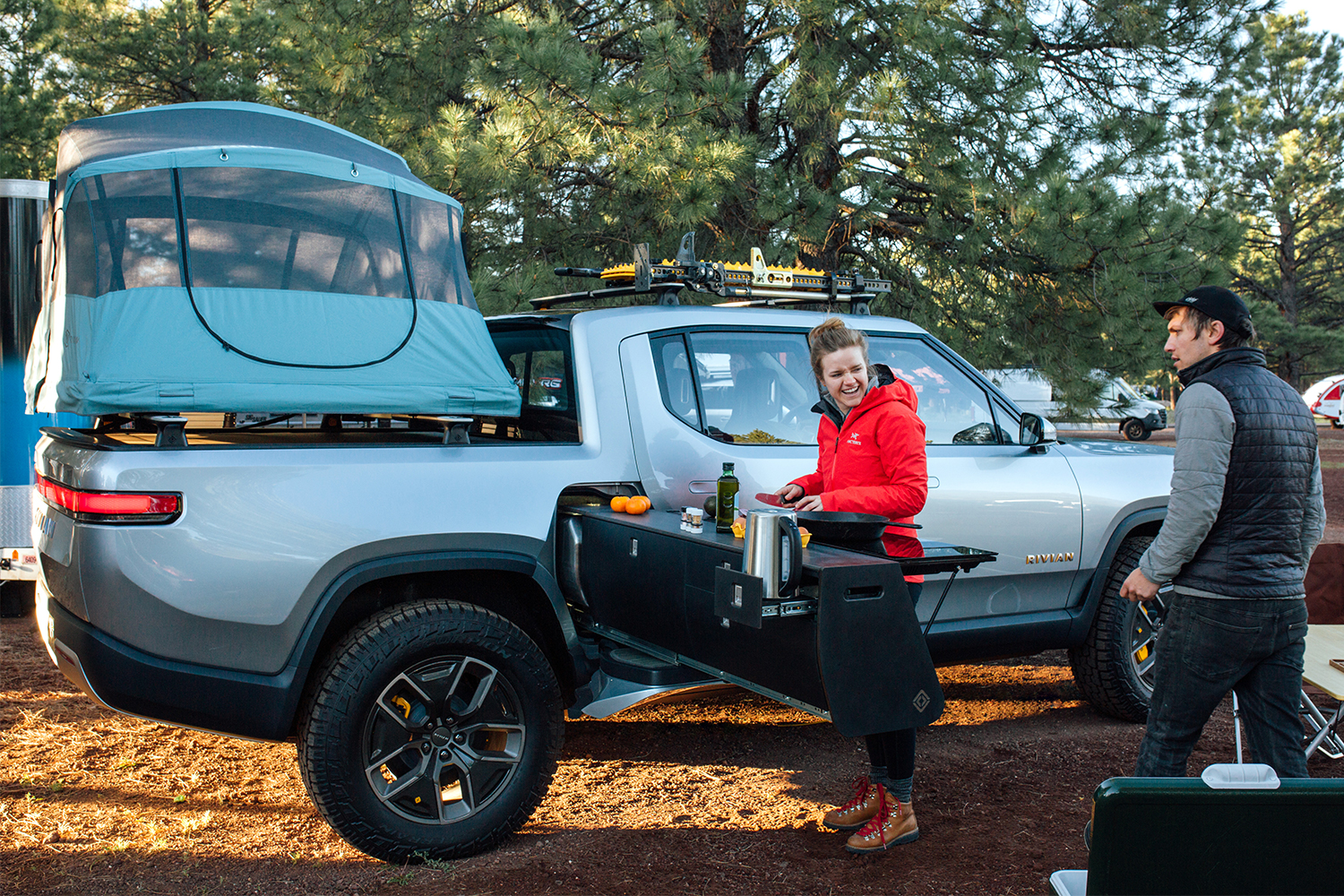 EV startup Rivian has been on a tear, convincing the auto world it’s a leading electric truck contender, convincing companies like Amazon and Ford to invest hundreds of millions of dollars and, this weekend, attempting to convince an even surlier bunch: the off-roaders, campers and overlanders who they hope to turn into customers.

The company brought its all-electric R1T pickup to Overland West — one half of the biannual adventure travel expo and trade show — to give attendees a closer look at the vehicle (next to its monstrous, gas-guzzling counterparts, no less). And according to their press release, that made Rivian “the first EV to appear at an Overland event.”

Now, we’ve been impressed by what we’ve seen from Rivian so far (innovative design, 2020 launch date, focusing on trucks and SUVs), but it’s an unfortunate fact that the promises of EV startups must be taken with an entire salt lick. You could say all startups regardless of field should be, since they’re trying to capitalize on hype to pull in investors, but electric vehicles are particularly plagued by drawbacks (as your daily Tesla news alerts have made abundantly clear).

After this Overland West presentation, though, we’re more convinced than ever that Rivian is the real deal.

From first glance, there are the staples you expect from a camp-equipped pickup, from the roof rack to the bed tent to the kitchen hooked up to the R1T’s battery pack. But when you get closer, the real magic reveals itself; the outdoor kitchen isn’t simply powered by the truck, it’s part of the truck itself.

How’d they achieve this? It’s all part of Rivian’s out-of-the-box architecture (which we detailed in our intro of the truck back in November). Here, the kitchen slides out from the gear tunnel, a hidden storage space that runs the width of the vehicle and is located between the cab and the rear wheels — a space you certainly won’t find in your F-150.

It’s hard to describe in the photos alone, so watch it in action in a video Motor1 captured at the event. The gear tunnel kitchen is demonstrated beginning at :44 …

What you may not notice in the video above is how many fanboys the Rivian picks up during the walkaround. Grizzled off-roaders prowl around the truck with folded arms wondering why they can’t find anything not to like about the R1T. But Rivian Creative Director Larry Parker knows why.

“We’ve been coming to Overland for a few years now, learning from this community how they use their vehicles,” said Parker in a press release. “Much of what we’ve learned from Overland attendees has gone into our product design.”

Instead of barging into the overland mecca saying they’ll solve the world’s problems (a page out of the Silicon Valley playbook), Rivian took the time to listen. And in doing so, they’ve certainly convinced us they’re the most exciting off-road vehicle of 2020.

That is, if they stay on track. At the time of writing, Rivian is planning to launch both the R1T pickup and R1S SUV in the U.S. in late 2020, and they’re accepting preorders now.