This Woman Holds the World Record for Climbing Everest. Why Doesn’t She Have a Sponsor?

Lhakpa Sherpa wants to attempt her 10th summit next spring. 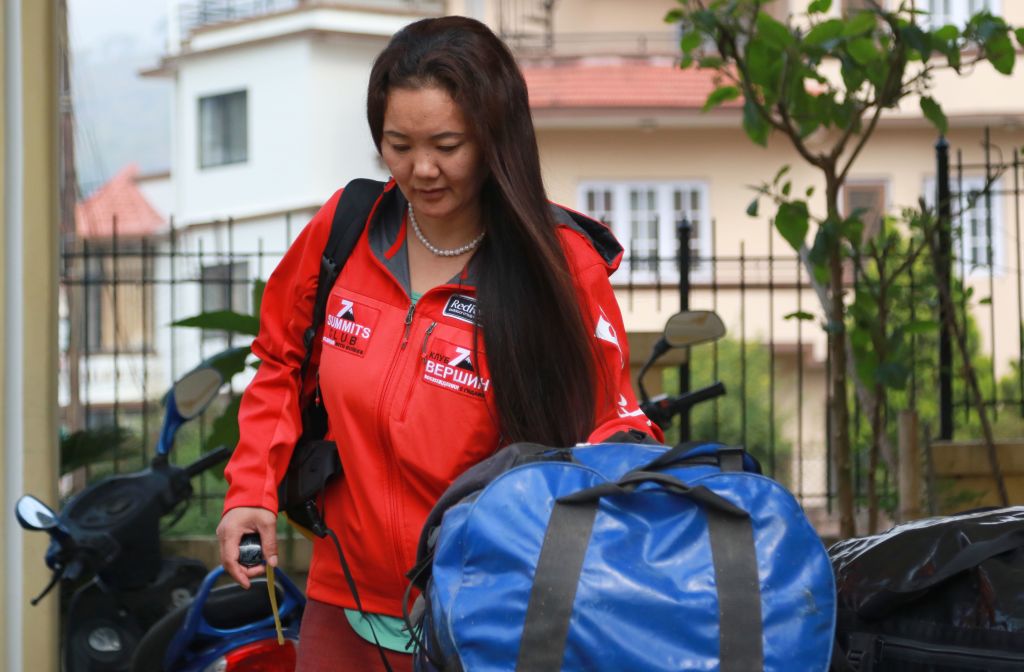 In this photograph taken on April 18, 2018, Nepali climber Lhakpa Sherpa prepares to leave for an expedition to Everest, in the Nepali capital Kathmandu.
AFP via Getty Images
By Bonnie Stiernberg / November 1, 2019 7:22 am

Lhakpa Sherpa is one of the world’s most accomplished climbers; in 2000, she became the first Nepalese woman to summit and descend Mt.Everest alive, and she holds the women’s world record with nine summits of the mountain. But as a new profile in the Guardian points out, despite all her accomplishments, she remains unsponsored.

The climber reportedly makes minimum wage washing dishes at Whole Foods, making travel and training difficult. And yet she still plans to break her own world record in the spring of 2020 with her 10th summit.

“In an era where many organizations profess a desire to diversify outdoors culture, it is difficult to process that such an accomplished athlete – with an authentic connection to the place she climbs — remains unsupported,” Megan Mayhew Bergman writes. “I presume the root cause is that Lhakpa is not traditionally marketable, and brands want maximum visibility. She doesn’t have a curated Instagram presence. She’s a middle-aged woman of color, an immigrant single mother who speaks in broken English. She doesn’t exude ‘stoke.’”

“Why do we do this job?” she asked the publication. “Because the alternative is to make money growing potatoes.”

Her goal is to summit Everest in May 2020 followed by K2, something she knows is extremely ambitious. “All extreme athletes are crazy,” she said. “But I want to show the world I can do it. I want to show women who look like me that they can do it, too.”

She’s currently hoping to find sponsorship for her climb as well as someone to design a better replacement for the 50-year-old oxygen mask she uses because she believes it to be more reliable than modern ones. “I need smart students,” she told the Guardian.