For years, cyclists have ridden the 874 miles from Land’s End, at the very southwestern tip of England, to John o’ Groats, the very northeastern tip of Scotland. Nicknamed LEJOG, it’s one of the most popular long-distance cycling routes in the world, and takes around 10-14 days to complete. That route had little competition for the hearts and efforts of cyclists in the Isles until a former IT consultant created a 652-mile end-to-end route in Ireland.

That man’s name is Paul Kennedy. Sick of sitting at a desk and suffering from Type 1 diabetes, the Northern Irishman founded Wild Atlantic Cycling in 2015. The tour group takes cyclists on the same route he fell in love with earlier in the decade, a sea-hugging dispatch from the southwestern Mizen Head in County Cork to the northwestern Malin Head in County Donegal. It takes 7-12 days and makes pitstops at the Black Valley, The Burren, the Cliffs of Moher, Duncruaire Castle, Connemara, W.B. Yeats’s grave and more than a few pubs serving up pints of foamy Guinness. 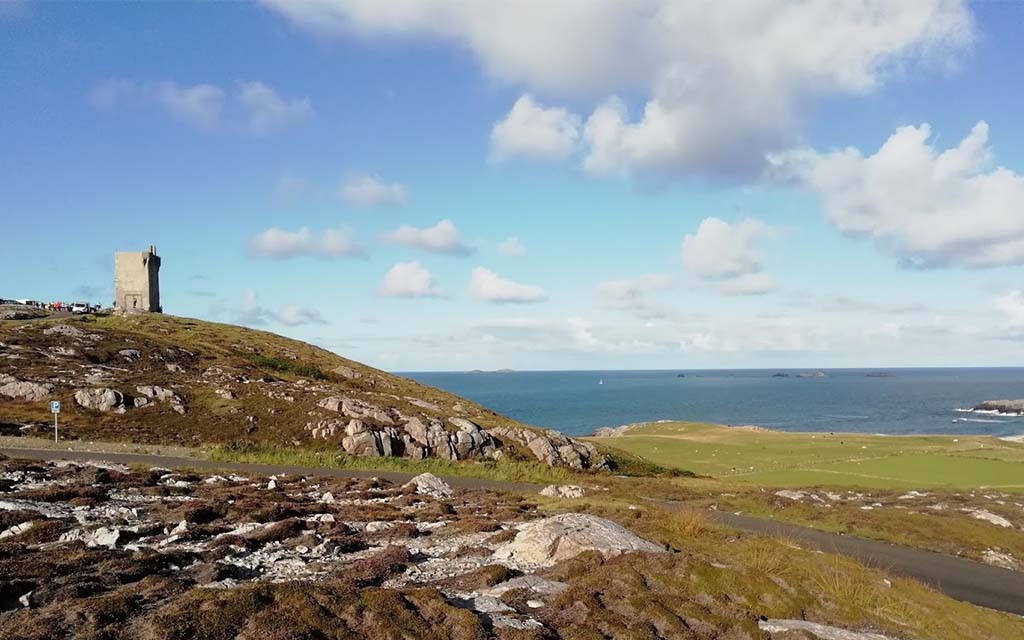 Writing for Adventure.com, Mark Stratton recently completed “MizMal.” He compared it to his experiences cycling LEJOG, which he described as boring and dangerous at certain points: “The MizMal is a different beast. From the beaches of Bantry Bay to the bogs of Connemara, it proves a visual feast as Paul’s chosen route follows small, traffic-free lanes, every wheel revolution immersing me deeper into a Gaelic Atlantic culture as rich as the creamy milk of County Kerry.”

If that brand of immersion piques your interest, check out the 2020 tour dates here. You can go at a leisurely 12-day pace, or complete it in a week — just register according to your preference. And we’d recommend keeping on this and making sure you can secure a slot: wellness travel has exploded this year, and a new, sparkling European thru-cycle won’t remain a secret for long.

You Should Break Up With Your Partner This Summer. Just Trust Me.
The Toyota GR86 Is One of the Last Affordable Sports Cars. Do You Care?
Inside the Long History of Florida's Deadliest Tree
Yankees Playing a Dangerous Game With Aaron Judge as Red Sox Watch
It's Never Too Late to Become a Runner. Here's How.
A Mystery Illness Is Targeting Tourists at the Grand Canyon