For the first time in his career, Tom Brady leads the NFL in earnings.
Julio Aguilar/Getty
By Evan Bleier @itishowitis

For the first time since Forbes began ranking the NFL’s highest-paid players in 2010 when Tom Brady had only won the Super Bowl three times, the seven-time Super Bowl champion is the top earner in professional football.

Heading into his 23rd professional season, the Tampa Bay Buccaneers quarterback has a mid-range contract for a player of his caliber and status ($30 million) but has endorsement deals with seven companies, a pair of media companies, an NFT company, a clothing line and a training and nutrition brand. Those off-field endeavors bring Brady’s total earnings to $75 million, making him the NFL’s top dog ahead of Matthew Stafford ($65.5 million), Aaron Rodgers ($53 million), Patrick Mahomes ($51.5 million) and Josh Allen ($51 million). To put Brady’s away-from-the-field earnings of $45 million into perspective, just $4 million of Allen’s $51 million was earned off of the gridiron.

Brady, who was second on the list last year ($72.5 million) to Dallas quarterback Dak Prescott ($87 million), took less than he was worth for years while he was a member of the New England Patriots and has been making up for lost time (and cash) since landing in Tampa Bay in March of 2020. “This time around, Brady is bumping his total to $75 million before taxes and agents’ fees, enough to pace a top ten that is set to haul in a record $489 million combined—a 17% improvement on 2021’s $418 million and 15% better than the previous high of $425 million from 2018,” accordnig to Forbes.

The timing of this news is slightly humorous as it was announced yesterday that the 45-year-old quarterback is getting a good chunk of paid time off while his teammates will be continuing to sweat it out in the Florida sun as training camp and the NFL preseason continues. Excused from camp to address “personal things” on Thursday, Brady began an 11-day absence from the team that was arranged before camp started which will cause the veteran QB to miss two of Tampa Bay’s three preseason games.

The reason for Brady, who was also excused from practice for personal reasons last Friday just two days after getting a scheduled day off for his 45th birthday, missing time is unclear, but it is not believed to be related to a health issue for himself or a family member. (Perhaps it is a marital health issue?) Whatever the reason, Tampa coach Todd Bowles said his confidence level is “pretty high” Brady will be under center for next month’s regular-season opener at Dallas. “Per our conversation, I’m not worried,” Bowles said.

With Brady gone, backup quarterbacks Blaine Gabbert, Kyle Trask and Ryan Griffin will share snaps against the Dolphins and Titans. 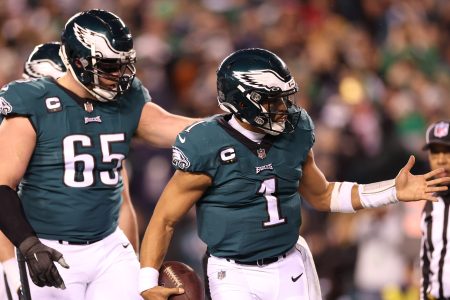