Fans in a stadium in Querétaro attacked one another with chairs, metal bars, knives, belts and their bare hands

The Liga MX log is seen prior to a match.
Jaime Lopez/Jam Media/Getty
By Evan Bleier @itishowitis

Following a bloody riot during a soccer match between visiting Atlas and hosts Queretaro on Saturday that saw fans of the rival clubs attack each other with chairs, metal bars, knives, belts and their bare hands, Liga MX has suspended play as conflicting reports about the damage, and possible death toll, continue to emerge.

“Liga MX will undertake an in-depth revision of our security protocols,” Liga MX president Mikel Arriola said in a video posted to Twitter on Saturday. “We strongly condemn what happened tonight and our commitment is to act so that there is no impunity in the face of these unfortunate events.”

At least 26 people were injured, including three critically, when fans began to brawl in the 62nd minute of the game and play was suspended. There are have also been multiple reports that up to 17 people were killed in the violence, including a well-known Atlas supporter. The Mexican government has denied those reports, as has Liga MX.

The governor of Queretaro, Mauricio Kuri, also said the reports of deaths were untrue. “They were savagely injured, which is a shame and a blot on soccer, for these type of things to happen, in a place that should be for families to go and have fun. This is totally unacceptable,” he said. The governor also said he will seek attempted murder charges for individuals who took part in the bloody riot.

In a statement released Sunday, FIFA called the incident “unacceptable and intolerable.”

“FIFA is shocked at the tragic incident that took place at La Corregidora stadium in the city of Queretaro during the fixture between Queretaro and Atlas,” per soccer’s governing body. “The violence was unacceptable and intolerable. FIFA joins the Mexican Football Association and Concacaf in condemning this barbaric incident and encouraging the local authorities to bring swift justice to those responsible. Our thoughts are with all those who suffered its consequences. Once again FIFA would like to stress that violence should have absolutely no place in football and we will continue working with all parties to eradicate it from our game.” 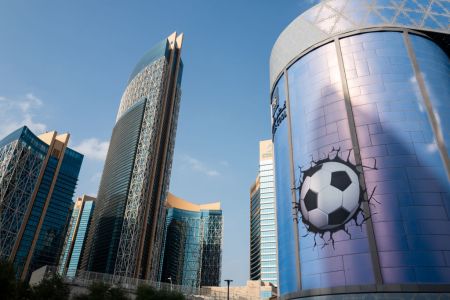