In This Corner: How to Predict Donald Trump

The five rules of presidential consistency

Gerard Baker, editor-at-large at the Wall Street Journal (no reflexively anti-Trump publication) recently wrote a piece decrying Donald Trump and his foreign policy as a fount of erratic unpredictability. This essay will give the counter view. The record shows that Trump, including his foreign policy, is actually one of the most predictable and consistent presidents of modern times.

Baker’s argument focuses on examples such as Trump’s tough talk about North Korea coupled with his recent friendly visit there, or Trump’s sanctions on Iran coupled with his recent refusal to make a military strike. Baker writes: “(W)e shouldn’t rule out the possibility that — for good or ill, by design or otherwise — we are simply witnessing a radically unpredictable and even erratic presidency. American strategy these days may best be characterized as something of a random walk.” Baker concludes his essay ominously, quoting the nineteenth century French observation, “It is magnificent, but it is not war: It is madness.”

Baker’s view, however, is belied by the facts. There is a clear set of Trump administration foreign policy goals, and a clear and consistent style to achieve them. The goals — such as pushing back on China’s rise as a competitive great power, or defusing the North Korea nuclear threat — have been described again and again by West Wing policy officials. I explained many of them in a previous In This Corner column. Regarding the recent tensions with Iran, here too, Trump has been consistent. The Obama Iran deal is viewed as one that only temporarily slowed nuclear arms development, and failed to address (or in fact, made worse) the issues of ICBM development, the export of revolutionary terrorism throughout the region, and the imprisonment of innocent persons. Trump wants all four issues resolved together. You may agree or disagree with his various policy goals, but the strategic goals are consistent and clear.

Trump’s style to achieve these goals creates endless confusion among his critics because he will speak kindly on one day and harshly on another. However, there is a clear consistency and predictability in his style and tactical decisions.

Indeed, if you had programmed a laptop computer with five brief lines of instruction code on the first day of Trump’s presidency, you could have forecast his subsequent actions and responses to a pretty exceptional degree. Those five decision rules would be “Keep Your Promises”,  “Economic Power Before Military Force”, “Mirrored Reaction and Proportionate Response”, “Don’t Add Salt to Wounds”, and “Live and Let Live”.

Trump’s reliance on “Economic Power Before Military Force” is also self-evident. In the case of North Korea and Iran, the Trump administration is seeking to implement economic sanctions with extreme bite, not to shoot anyone. In the case of Mexico and China, he seeks to use the economic power that the USA has as the “biggest customer”. This is all a standard part of a rational procurement officer’s playbook however, not the madness of King George.

Economic power implies both the carrot and the stick; the power to enrich, as well as to impoverish. Trump will squeeze the North Korean economy to dust for bad behavior, or help build Caesar’s Palace casinos on the beach for good behavior. Again, there is no inconsistency in this. The United States has specific goals (e.g. the reduction of North Korean nuclear tensions as a practical reality), and seeks to use economic means, rather than military force, to achieve them. 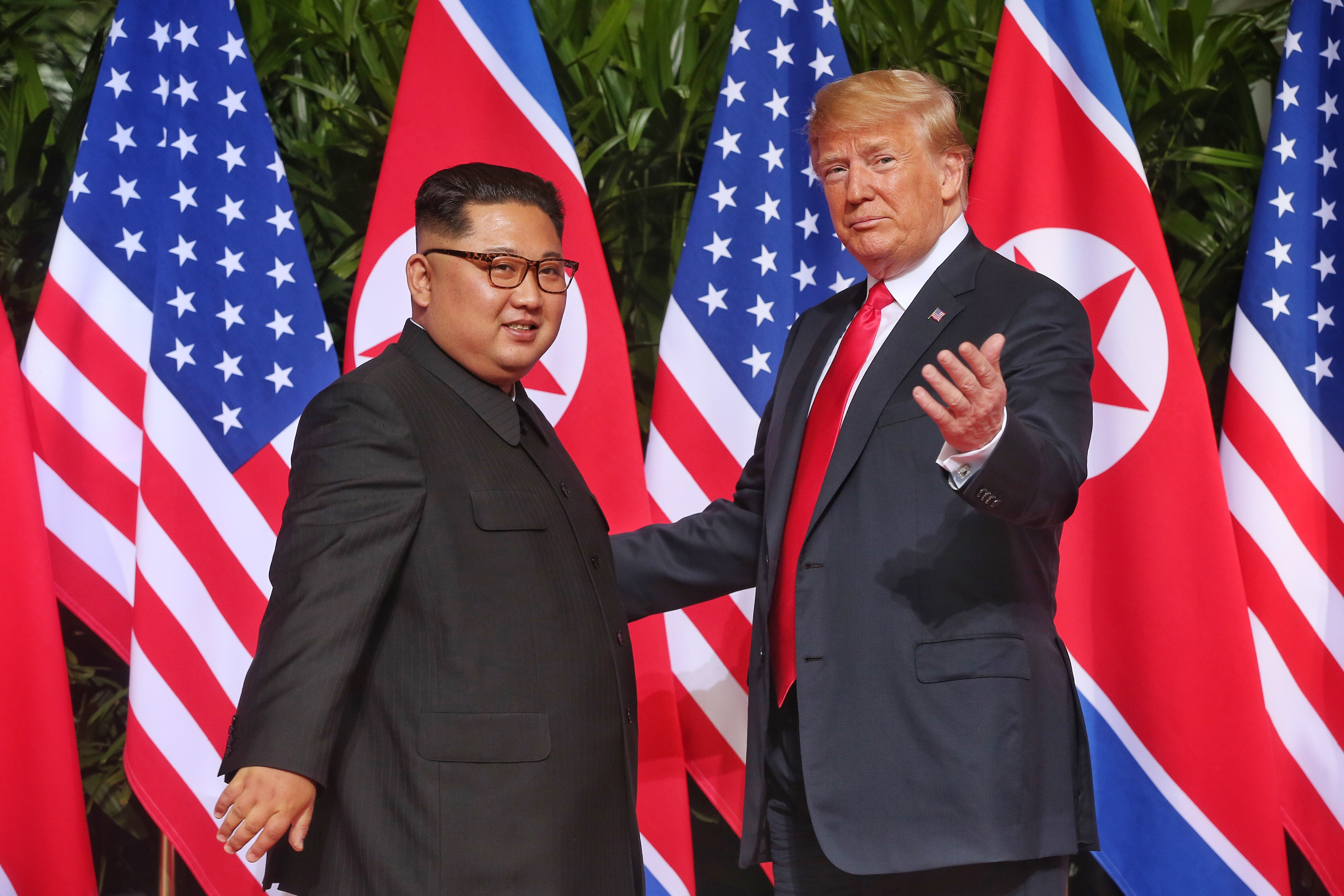 Third, “Mirrored Reaction and Proportionate Response” is at the heart of Trump’s entire political style, foreign and domestic.

In contrast to, say, Neville Chamberlain who responded to tough talk at Munich with kind words, Trump answers kind words with kind (or kinder) words, and answers tough words with tough (or tougher) words. The threatening verbal blasts that Trump directed at North Korea, for example, were after North Korea had sent threats our way. Trump’s standard practice is to say whatever his opponent said, and then raise him one.

Trump follows this practice of mirroring across the board. He had kind words to say about Paul Ryan until Ryan’s perceived recent attacks on Trump, and then — predictably — lowered the verbal boom. The Mayor of London started the recent fight against Trump with an unprovoked op-ed calling the President “one of the most egregious examples of a growing global threat” and then Trump hit back. Similarly, if a speaker at the Democratic National Convention goes after him, then Trump fights back  — even if the critic is a Gold Star dad.

Of course, an old fashioned gentleman like Mitt Romney would never have responded in such a way. But, of course, Mitt Romney lost. Similarly, Joe Biden appears to be plunging in the polls for lack of a Trump-style response to Kamala Harris’ attacks at the last primary debate.

Trump is like King Kong on the Empire State Building (predictably) swatting at attack planes. He did not walk to an airport looking to fight the planes, and would presumably rather not have to be swatting at all. Still, there is no inconsistency, unpredictability or “madness” in his actions. He is basically following standard college debate rules which require a speaker to respond to every one of an opponent’s attacks, or else concede defeat on those points.

Mirrored or proportionate response is also explicitly at the heart of Trump’s recent decision to hold the bombs back from Iran. Iran had destroyed property, not people, and it seems clear that Trump decided to refrain from killing people as well. Given his record and past practice, there seems a high level of predictability that if Iran does go after people, Trump will respond in kind, plus more. Trump has increased the military budget during his term so that America’s hand is stronger if it does hit back. As the old saying goes, “Don’t hit first, but do hit last”, and such a response by Trump would also be predictable.

Fourth, “Don’t Add Salt to Wounds”. Trump’s attitude about one-to-one relationships with foreign leaders is the most mystifying to anti-Trump pundits, and one impetus for the multi-year national nightmare of false Russian collusion charges.  Trump has consistently spoken cordially with any foreign leader on an individual level who speaks well of him, even when applying sanctions far tougher than previous administrations. This, however, is not schizophrenia or treason; it can be the smartest path to achieve the sanctions’ strategic goals.

By every objective standard, for example, Trump has been far tougher on Putin and Russia than Obama/Biden/Clinton/Kerry ever were. The Trump administration has given stronger arms to Ukraine than Obama did. It has levied fresh sanctions against Putin’s inner circle. It has sought to have Germany break away from the Russian gas pipeline project. We have suspended the INF agreement after accusing Russia of cheating. We have even had a bloody firefight in the Syrian desert between U.S. troops and Russian operatives that reportedly killed and wounded scores of Russians.

As Trump unceasingly applies such pressure, he seeks to maintain a decent personal relationship with the leaders of the nation we pressure, so long as they seek to keep a decent personal relationship with him. This is entirely logical. When applying pressure against a nuclear armed adversary, the addition of personal animosity would only raise the danger levels, and increase the amount of pressure the U.S. needs to apply. In a worst case, a personally-insulted and hate-filled opponent could take erratic and irrational action against us. So long as the United States applies pressure consistently on clear and objective matters of important principle, why should Trump add unnecessary personal sting? Why should he destroy the chance for a peaceful line of personal communication in the future?

Similarly, if there is a need to have a frank discussion with a friendly nation — for example, when Germany links itself to Russian energy supplies, or fails to meet its NATO support levels — Trump will consistently and predictably have that conversation. He then, again,  responds to the foreign leader’s warmth or iciness toward him with parallel warmth or iciness. Thus, predictably, we see Trump’s praise for the Queen of England, even while battling with London’s Mayor. 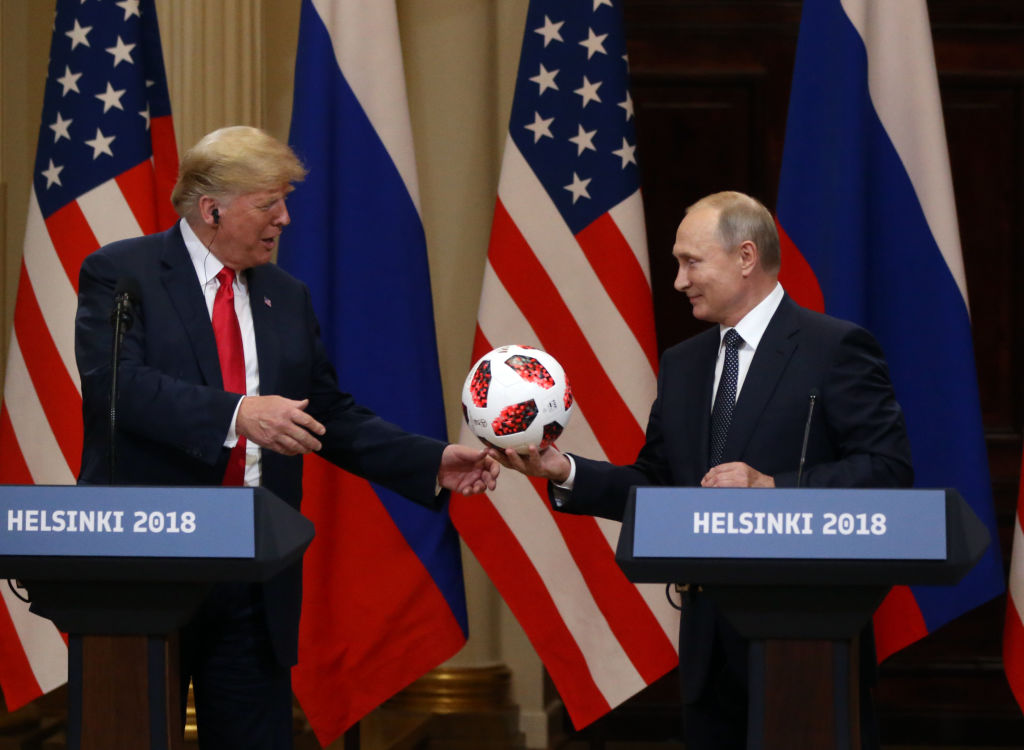 Fifth, Trump’s overriding foreign policy instinct might best be called “Live and Let Live”.  The U.S. has not retreated from foreign affairs, and has been more engaged with China, Russia, Iran, North Korea, ISIS, Germany, Mexico, et al. than ever (indeed, sometimes uncomfortably so). However, each individual policy could fit under a single overarching goal of making America peaceful and prosperous, and might be summarized by a single unchanging mantra: “Don’t threaten us, and we won’t threaten you. Don’t talk bad about us and we won’t talk bad about you. If you threaten us, we will squeeze you economically. If you want our business, then treat us like a customer. If you hit us physically, then we will hit back even harder. We say what we mean, we keep our promises, and we will keep growing our nation’s economic and military capabilities to enforce those promises.”

K.S. Bruce writes the “In This Corner” column of opinion for RealClearLife.