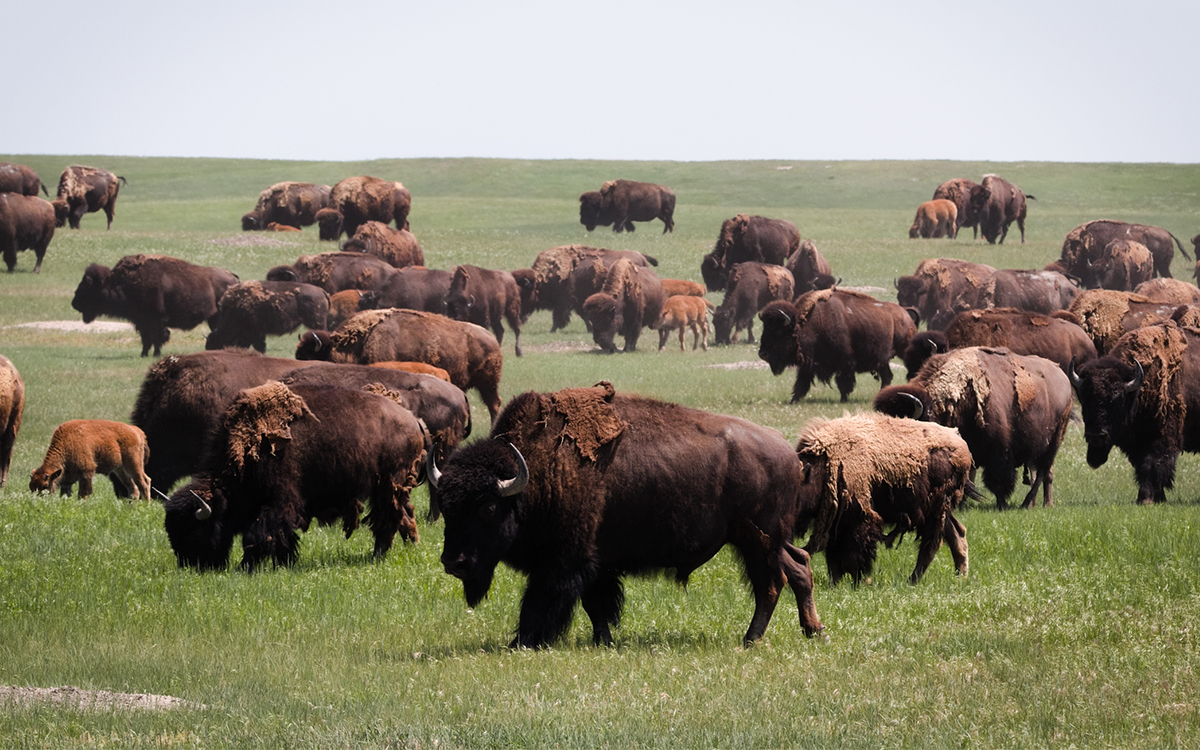 Little known, highly depressing fact: the bear on California’s state flag doesn’t exist anymore. It’s a California grizzly, and they were hunted to extinction in the 75 years following the Gold Rush, which began in 1848.

The United States maintains a checkered-to-woeful history with much of its iconic wildlife. Consider its national bird and national mammal, the bald eagle and bison, respectively. In 1963, there were only 417 pairs of nesting bald eagles left in the contiguous 48 states. Poaching, synthetic insecticides and habitat disruption all contributed to the decline. Bison, meanwhile, once dominated North America; an estimated 30-60 million roamed the continent in the 1500s. By the year 1884, that number was down to an astonishing 325.

Each of those creatures has made a massive comeback in the last 100 years or so, though, thanks to hard-fought battles by conservationists. The bald eagle was famously removed from the endangered species act in the mid-1990s, and is now humming along (relatively) thanks to a variety of protective measures. And bison, which climbed to nearly 250,000 by the end of the 1990s, are having a good century.

Four bison, in fact, were recently seen in a specific region of South Dakota’s Badlands National Park for the first time since the Reconstruction Era. The park procured 22,000 acres of land (about 34 miles) from the park-abutting Don Kelly Ranch, with the help of the U.S. Forest Service. It seems the big NPS birthday this year helped; Congress made the funds available to get the deal done during its 100th anniversary.

All in all, it’s a big, rare win on the environmental beat. The herd can no longer be considered a “conservation herd,” it’s now too big, and it’ll naturally help the prairie ecosystem repopulate with prairie dogs, ferrets, coyotes and large birds.