Matthew McConaughey Isn’t Running For Office After All

He did leave the door open to revisit the subject

Matthew McConaughey performs before the start of the inaugural home game between the San Jose Earthquakes and Austin FC at Q2 Stadium on June 19, 2021 in Austin, Texas.
Gary Miller/Getty Images
By Tobias Carroll @tobiascarroll

Over the years, a handful of celebrities have made the leap from acting into politics. While it might seem odd at first, there are some reasons why the skill set necessary for one would also work in the other — the same charisma that might make someone compelling on the big screen could also inspire votes, after all. Ronald Reagan did it; so too did Jesse Ventura and Al Franken. There’s long been speculation that Dwayne Johnson might run for President. And given that next year sees Texans heading to the polls to cast their ballots for governor, there’s been plenty of chatter that Matthew McConaughey might run for the office in question.

For those dreaming of a race pitting McConaughey against incumbent Greg Abbott, though, we have some bad news. McConaughey recently took to Twitter and posted a video in which he rules out a run for office — and shares some of his own feelings on the role of politics in everyday life.

In the video, he spoke about spending the last two years exploring the possibility of running for office, and delving into the political issues facing the nation. “We lead by serving each other,” McConaughey said — something that, he argues, applies whether that’s within a family or a corporate structure. He went on to riff on this subject for a little while, posing a few questions along the lines of “Can we give each other reasons to trust each other first instead of last?” It feels not unlike a convention speech — right up until the point where it doesn’t.

Running for office, he went on to say, “is also a path that I am choosing not to take at this moment.” From there, he went on to pledge his support to businesses and organizations that embody “leadership,” and signed off with an exhortation to “just keep living.”

It’s worth noting the presence of “at this moment” in his comments — which certainly sounds like he’s keeping his options open for the future. But for those wondering if McConaughey could be the next big-name actor-turned-officeholder, you might need to wait a little longer. 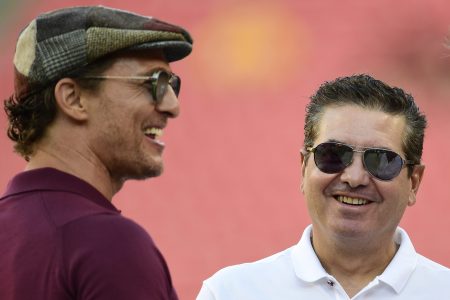 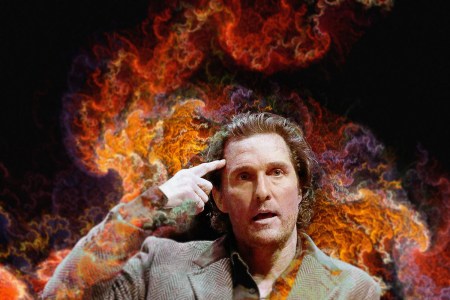 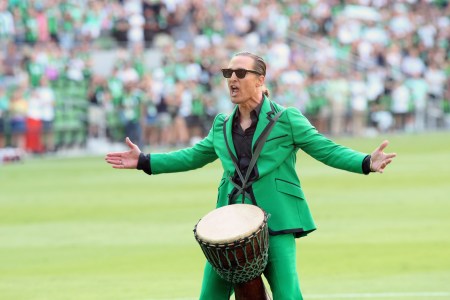 Could Matthew McConaughey Actually Be the Next Governor of Texas?