It's an impressive array of work

Charles Schultz works on an image of Snoopy while doing a strip at his Santa Rosa Studio.
Bettmann Archive
By Tobias Carroll @tobiascarroll

On Saturday, November 26, cartoonists and fans the world over celebrated the 100th anniversary of Peanuts creator Charles M. Schulz. In the 22 years since his death, Schulz has remained an enduring and influential figure in the world of comics; a Slate article from 2007 accurately described Peanuts “one of America’s great epics of the comedy of failure.”

For a full sense of the breadth of Schulz’s influence, you can look no further than the Charles M. Schulz Museum’s collection of tribute strips published on the centennial of his birth. Some of the artists paying tribute to Schulz opt for relatively straightforward celebrations of his life and work — Jim Davis’s Peanuts homage in Garfield is a perfect example of this, for instance.

Others find artists doing a kind of Peanuts pastiche, like Mike Curtis and Shelley Pleger’s Dick Tracy, which works far better than you might expect a Peanuts/Dick Tracy mash-up would. And a few homages nod in the direction of homages Schulz made during his lifetime – including Patrick McDonnell’s MUTTS.

What’s most striking about the #Schulz100 tributes, though, is the range of styles on display. Few artists in their field have been as widely admired as Schulz. To go through the 80 strips on display at the Schulz Museum’s site, you’ll see plenty of different approaches to humor, from the deadpan surrealism of Bill Griffith’s Zippy the Pinhead to the wry humor of Susie MacNelly and Ben Lansing’s Shoe.

What do they have in common? They all enjoyed Peanuts, and they all took something important from it. And as readers, there’s plenty to enjoy from the work they’ve made. 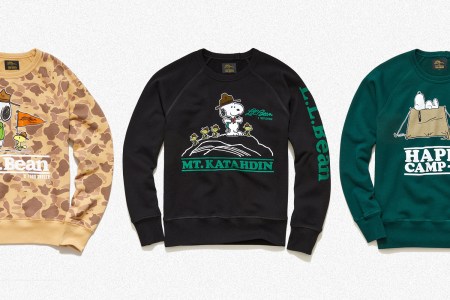 These Todd Snyder, L.L.Bean and Peanuts Sweatshirts Are All 50% Off 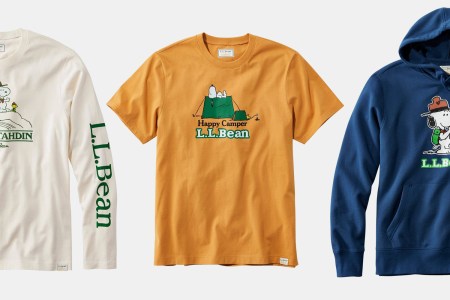 Camp in Style With the Limited-Edition L.L.Bean x Peanuts Collab 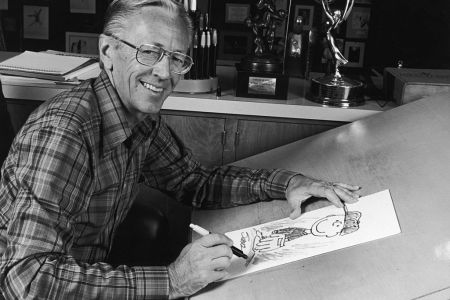 Rediscovered Charles M. Schulz Comics Show Another Side of His Art