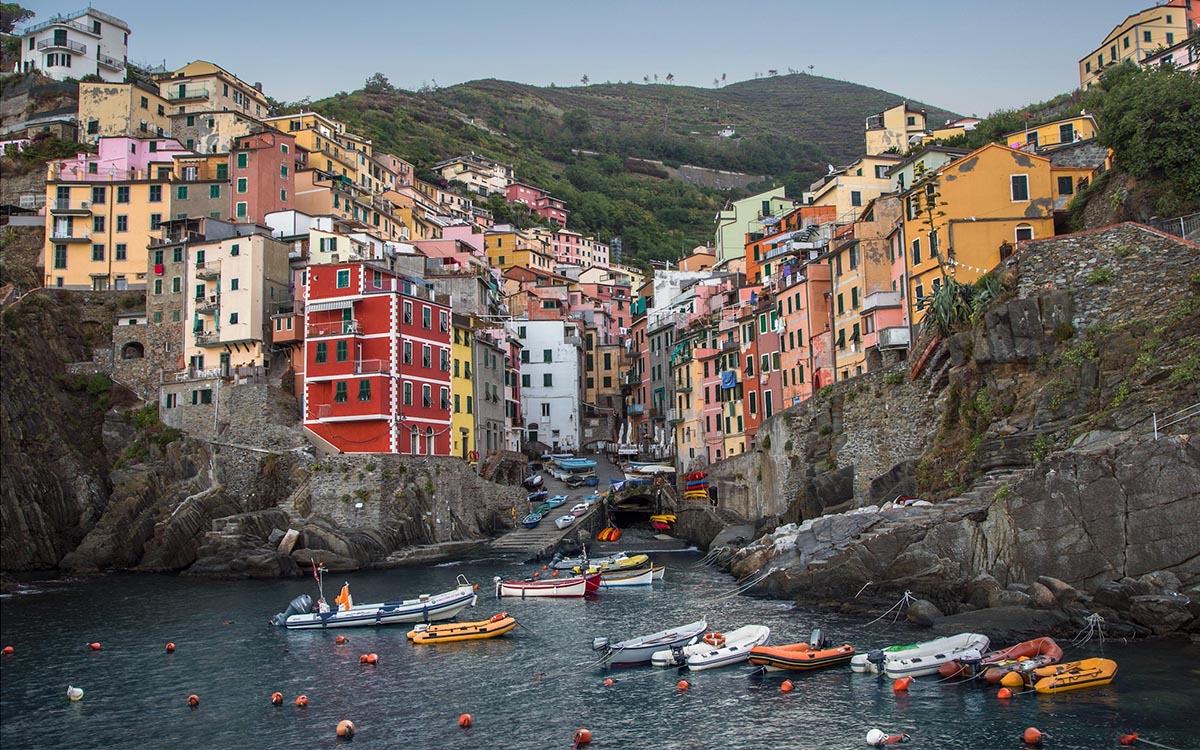 According to Patrizio Scarpellini, the head of Cinque Terre National Park, the region is set to launch a campaign this year warning against improper footwear like flip-flops and pumps on the trails that extend across the five fishing villages that make up Cinque Terre. Those who ignore the warnings will be subject to fines.

While decades of vibrant postcards and promo shots have convinced tourists that the  area necessitates attire akin to what you’d wear on a beach vacation — floppy sun hats, Tommy Bahama shirts, the dreaded flip-flops —there are actually some serious bluffs with rugged trails. Even the Blue Trail, Cinque Terre’s easiest, which stretches from the town of Riomaggiore to Monterosso al Mare, is nearly seven miles. It take an average, able-bodied person about five hours to complete.

But most visitors to the Cinque Terre aren’t necessarily able-bodied. The area is a popular stop on Mediterranean cruises, and 750K visitors are expected this year. The average age of passengers on cruises hovers around 46, and the only people bringing that number down (children) are similarly susceptible to trips and injuries on a hike.

They’ll charge you anywhere from $56, for simply ignoring the rule, to $2,806, for getting yourself injured  and/or needing a mountain rescue unit.

The best thing you can do is leave your flip-flops on the boat. Or, don’t pack them at all. During the day, wear a heavy-duty sandal like Teva’s Terra Float Knit 2. And at night, when you’re eating handcut pasta and drinking wine made from terrace-grown grapes … wear something classy, man! We’re big fans of the Turkish slip-on from Sabah.