“Fitness Cruises” Are Coming, And We’re Kinda Into It 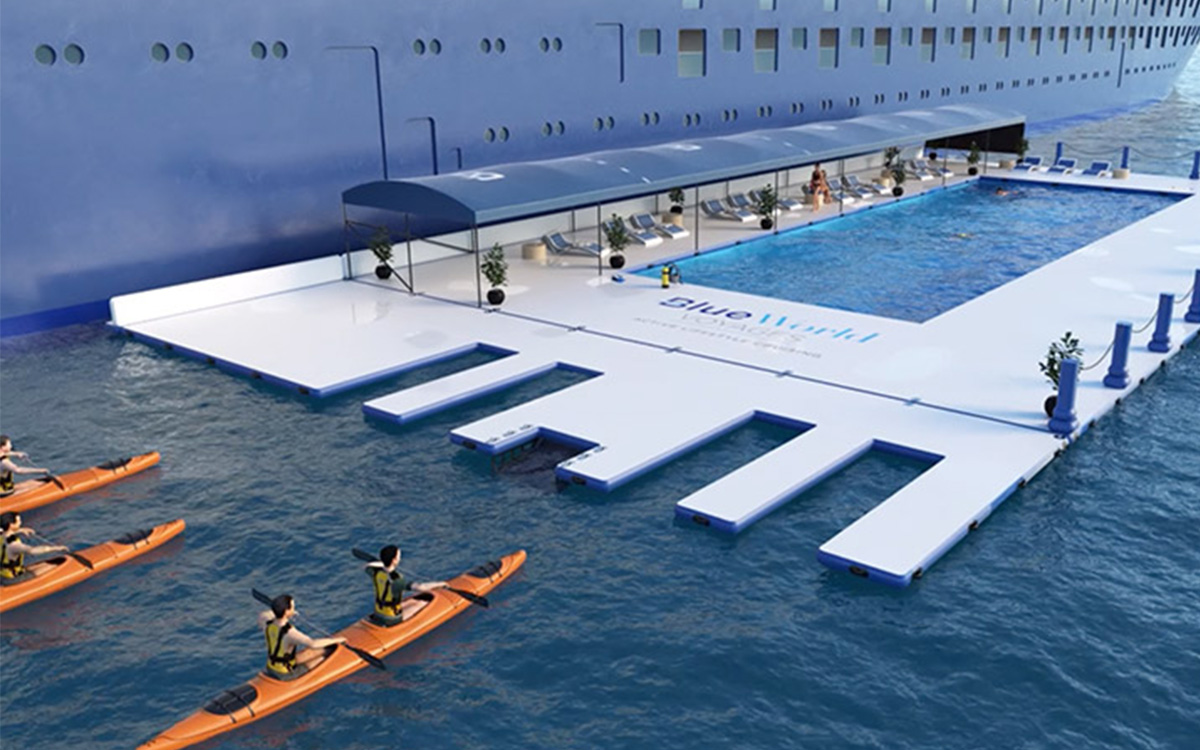 According to the 2018 Global Wellness Economy Monitor, the wellness travel market expanded 6.5% from 2015 to 2017. In that two-year span, travelers took 139 million more trips centered around fitness. That upward trend has only continued since then, as yoga surf ranches, hotels opened by luxury gyms, and desert meditation retreats have steadily redefined what it means to be on vacation, from an exercise in excess (surf and turf, drinks served in a coconut) to actual exercise (jogging routes, farm-to-table meals).

Meanwhile, there’s another rapidly growing sector in the travel industry: cruise ships. By the end of this year, 30 million travelers are expected to take a cruise, which is up nearly 18 million from 10 years ago. And despite complaints of over-tourism generated by cruise lines (which have been fair: dropping a skyscraper full of 60-year-olds in sun hats off at an already-overrun Italian port is not helping anyone), there’s been a willingness to adapt in recent years, with smaller, more thoughtful voyages. Cruise Market Watch predicted in 2016 that “specialization” would be the future of its space.

Take all those stats, throw ’em in a blender, and you get Blue World Voyages, a cruise line making its maiden voyage in 2021, which is aiming to cash in on the popularity of both fitness and cruise tourism. Blue World will be the globe’s first cruise line entirely dedicated to an active and healthy lifestyle. Most cruises have gyms, saunas, and opportunities for water-sports, but they function as relative afterthoughts to ships’ bevy of bars, casinos, dance parties, and theater.

On Blue World’s cruise line, the fitness opportunities are the entire point. Founder Gene Meehan spoke to Luxury Travel, and described what he sees as a “tribal mentality amongst those who opt to live healthy lives.” His inaugural ship will carry only 525 guests at a time, but retains the size and scale of fitness offerings on massive cruise liners — while adding a breadth of additional options. Guests will find standard fitness fare (gyms, treatment rooms, yoga centers), in addition to soccer simulators, seawater lap pools, batting cages, and TRX studios. The food on offer, meanwhile is determinedly health-conscious.

If you’re still skeptical, as we were at first glance — Why do I need to board a cruise in order to have a healthy week? — keep in mind the draw of a cruise ship in the first place. It can reach uncommon places. And Blue World seems determined to bring its active ethos to unheralded ports. Guests will have the opportunity to swim, hike and kayak their way through untouched reefs and trails along the coastlines of Greece, Spain, Portugal, Corsica and Croatia. The goal, basically, is to string together days that make you feel good. We’ve come home from too many vacations and felt somehow more burned-out and bloated than before we left. So a unique way to get fit while seeing beautiful corners of the world? Call us supporters of this concept. 2021 can’t come soon enough.