10 Reasons Fall Is the Best Time to Visit the Hamptons 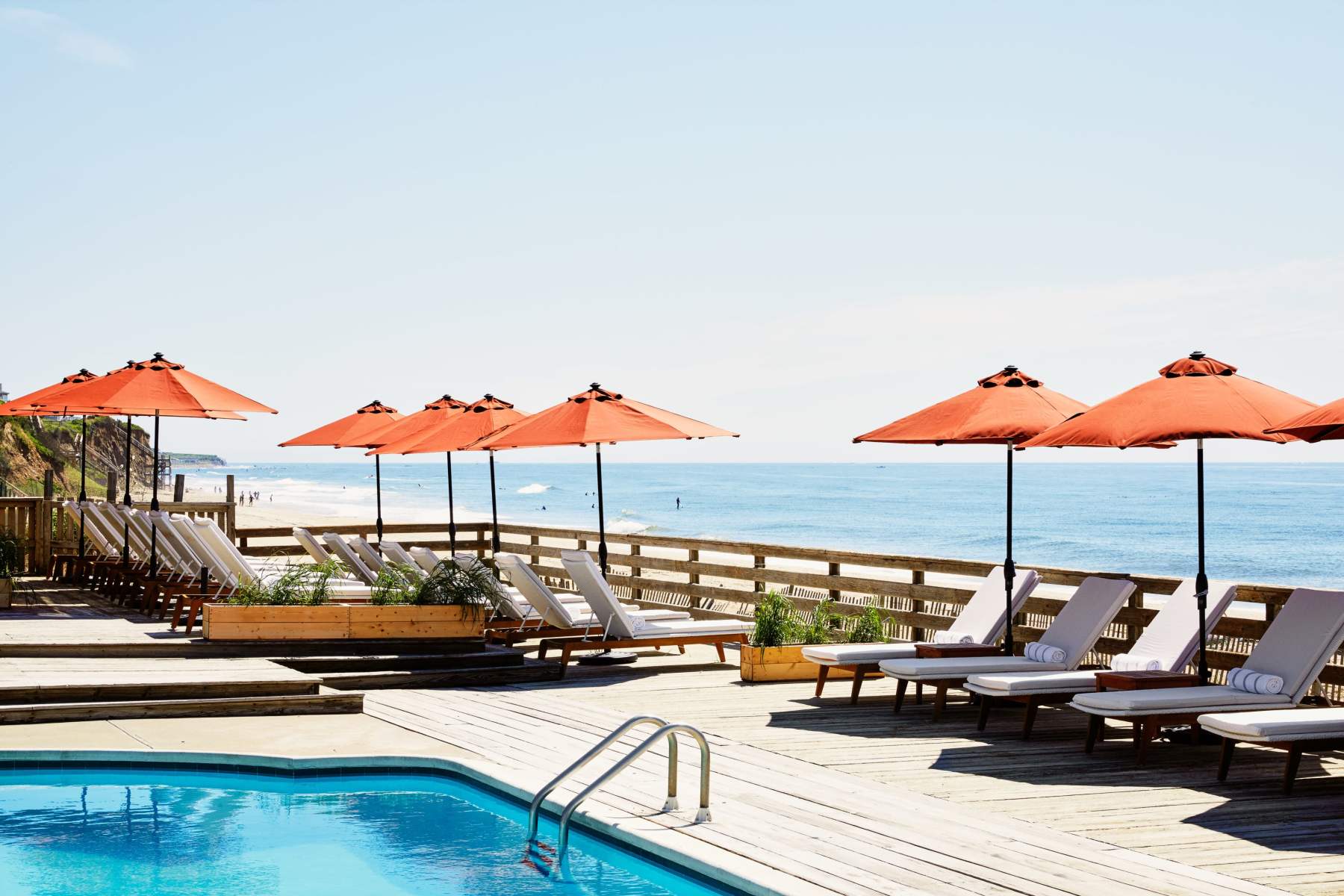 For all the fantastic reasons to visit the Hamptons in the summer, there are just many telling you to stay away: traffic, inflated rates, too many tourists, no room to breathe … we could go on.

Which is why we recommend a jaunt Out East in the fall. It’s highly underrated, reasonably priced and brimming with everything from new hotels to older hotspots with actual available reservations. Here are our top 10 reasons to make Long Island this season’s favored weekender.

The best brunch is back

The go-to haunt for hobnobbing with celebs, Nick + Toni’s is not only easier to book during the off-season … they’re also back with their renowned brunch. And while you might not spot Hamptons mayor emeritus Alec Baldwin every day, their build-your-own Bloody Mary bar is paparazzi-worthy all on its own.

Fall is the discount lover’s magic hour, with a majority of the hotels offering reduced rates, from Gurney’s Montauk Resort & Seawater Spa ($100 resort credit) to late checkouts at Hero Beach Club with reduced rates. Better yet, check out Montauk newcomer Marram, a 96-room boutique resort with the kind of wellness-meets-beach vibe typically associated with the Pacific Coast. The luxury resort offers guided nature walks, complimentary cruiser bikes, group meditations and — unique to fall — nightly communal fire pits with s’mores. Looking for something a little more intimate? They’ll build you a private bonfire on the beach for an extra fee … worth it, considering fall rates start at $300, which is half of what the place will run you next summer.

While summer seems to be prime slurping season, any oyster aficionado will tell you true that the colder months are where the best shellfish flourish. Head over to Widow’s Hole Oyster Farm and take a tour, check out how oysters are grown and shuck away.

The beaches — and thereby the waters — are finally empty. If you’ve been hesitant to jump on a board for fear of running into the seemingly thousands of pros in the water in the summer, fall is your time to shine. Snag a surf lesson year-round at Hamptons Surf Co. and don’t fret the chilly waters, wetsuits work miracles.

During the summer months, it’s tough to stay indoors with the gaggle of sun-filled beaches and adrenaline-laden activities on offer. But fall is prime for a perusing the Parrish Museum, set on a vast 14 acres of lovely Long Island meadow. For a taste of local living, head over to catch the Nancy Atlas Project performance in Amagansett with an evening full of originals and covers. And catch all the best flicks before they hit the big screens at the 27th annual Hamptons International Film Fest over Columbus Day weekend.

Grab a bucket or a wheelbarrow and load up on local apples and pumpkins at Milk Pail’s fields in Water Mill. Open Friday, Saturday and Sunday through the end of October, it’s an excellent excuse to get in the autumnal mood with warm apple cider donuts and cider in hand. And if you’re really into the gourd craze, head to Hank’s Pumpkintown with the lil’ ones. It’s a day full of activities complete with a corn maze, playground, candy apples, pumpkin and apple picking (obviously). For corn maze enthusiasts, you can also try your physical/quizzical skills at the Fairview Farm at Mecox.

High times for your four-legged friend

While the beaches don’t allow off-leash pets in the summer, it’s open season come fall for the fur-dudes to get in on the sand and sea action.

Wölffer Estate, while renowned for their summer rosé, keeps the vino action alive well into the winter with their comforting reds. Their annual Harvest Party on October 12th has become a seasonal staple, with tastings and dancing on their expansive grounds. And ongoing, guests can roll through for Candle Light Fridays, which began last week.

Oktoberfest celebrations are in full swing, and while we can’t all just pack up and head to Munich, the Hamps is happy to transport you in spirit. You’ll find German-style fare and beers selects at Southampton Publick House and Garden of Eve’s, and our new favorite summer hotspot — TT’s — is also keeping the magic alive through the off-season. They’ve transformed into to BB’s for the season, with a hearty new menu that includes the best smash burger we’ve ever devoured and a healthy roster of brew and bourbons to boot.

So much room for festivities

The best activities and fests begin with the 38th annual Fall Festival on October 12th and 13th. Expect a Clam Chowder Contest, a bountiful farmers’ market and a slew of Long Island beers, wine, Oktoberfest foods, music and more. On the spooky side, take a nighttime stroll with the East Hampton Society’s Cemetery Tour, walk through the Southampton’s haunted Rogers Mansion or hit up the Southampton Ice Rink with a stop at Sant Ambroeus for hot chocolate after the thrills and spills on ice. You can also get seriously in the holiday spirit early with a visit to Gingerbread University.