This season, Brickell is the place to be

At the opening party for CitizenM Miami Brickell, there’s a line to get out to the pool. It shouldn’t be surprising that Miami’s nightlife and hospitality circuit is eager to check out the neighborhood’s latest rooftop pool. But even with activations on multiple floors below, this is clearly the place to be. Invisible anchors keep the company’s logo afloat in the water as influencer after influencer parades by to get the shot: a slim, pale blue rectangle illuminated by the towering, glittering nightscape behind it. You can’t knock the hustle — it is a great shot. Waiting for the go-ahead on this 20th-floor watery gem is part of why the hotel, which technically began accepting guests in July, didn’t celebrate their official launch until November.

Now that all the dominoes have fallen into place, the Netherlands-based hospitality company’s bet on one of Miami’s hottest neighborhoods seems to be well worth the wait. After three years of construction, the 252-room, 20-story hotel fits perfectly into the casual-cool vibe of Brickell, with an art-covered facade featuring local artist Jen Stark’s colorful abstractions. That isn’t the only place where art is centered in CitizenM, as celebrating local art and community is a core tenet of the rapidly growing hotel company’s ethos. Here, Emilie Sobel and party citizen Tiffany T Fantasia — aka one of Miami’s most beloved drag queens — each redecorated rooms in their own image for the Brickell opening party.

As for the rooms, CitizenM embraces what founder Rattan Chadha calls “affordable luxury for the people,” which translates first and foremost into one of the most compact hotel rooms I’ve ever stayed in. But within what Americans might call a very European sensibility of space, these tight rooms are so well-designed that after a few hours, the tiny size makes sense. That’s due, in part, to the technology that permeates the suites from start to finish, with a brand new iPad to control it all (or via an app on your own phone, if you’d like to download and go from there). Unlike some hospitality companies where technology feels like a second thought, CitizenM is all about the cutting edge.

Redefining what it means to be an oasis

First of all, there are controls for a whole host of different light settings, including preset moods and science-backed soundtracks projected around the room to simulate focus, dreaming or ascending. You can make the room as light or dark as you want, and with a huge XL king bed cozied up to a massive TV, this is definitely a room for those looking to put sleep and relaxation first. While the bed is big enough for two, the rest of the 150-square-foot room isn’t. This is the kind of hotel that’s ideal for a solo traveler or someone on business who moves in and out of cities quickly.

All the rooms are the same size, creating a sense of uniformity and equality in a sector that’s often focused on flexing around special treatment. Still, I think splitting this room with a partner or friend would put a strain on the relationship, so maybe take advantage of the affordability and book two rooms next door if traveling with a loved one. Then again, the rest of the hotel is designed for what Miami does best: partying the night away. With the lobby, restaurant and bar (CanteenM), and signature “living room space” on the second floor — plus another set of meeting rooms and open-format work areas on the floor right above — there are plenty of common areas to mix and mingle once outside of your room. The most important of those will undoubtedly be that rooftop pool and bar.

Check-in is another area where technology is at the forefront, with 24/7 contactless, ATM-like front desks where guests can input all of their own details and pick up their keys any time of day or night. Check-in can also be done on the app. The on-site bar menu offers hotel room staples like nachos and dumplings, and a fancy water bar allows guests to help themselves to still or sparkling and accouterments like lemon, lime and orange. But the menu is extremely limited and quality is hit or miss — this isn’t a fine-dining hub or even a real restaurant per se — so take advantage of the excellent location and go out for your meals if you’re looking for something substantial.

The draw of a property like the CitizenM is to stay in a luxury-minded hotel without paying the high-end price tag. Especially if you’re a solo traveler, there’s probably no better place as a home base for getting into the mix of downtown Miami. This late-night Florida city is clearly a priority for the brand, as they plan to open another location at the World Center in January, and then in South Beach in 2024. For now, my money’s on the Brickell rooftop as a potential gateway to the rest of the city. 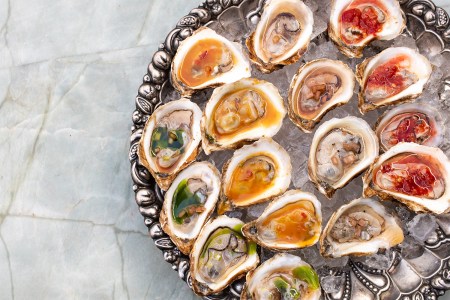