Amy Adams Gets a Grip on HBO’s “Sharp Objects”

The actress opens up about playing the heroine of the new drama from the author of "Gone Girl." 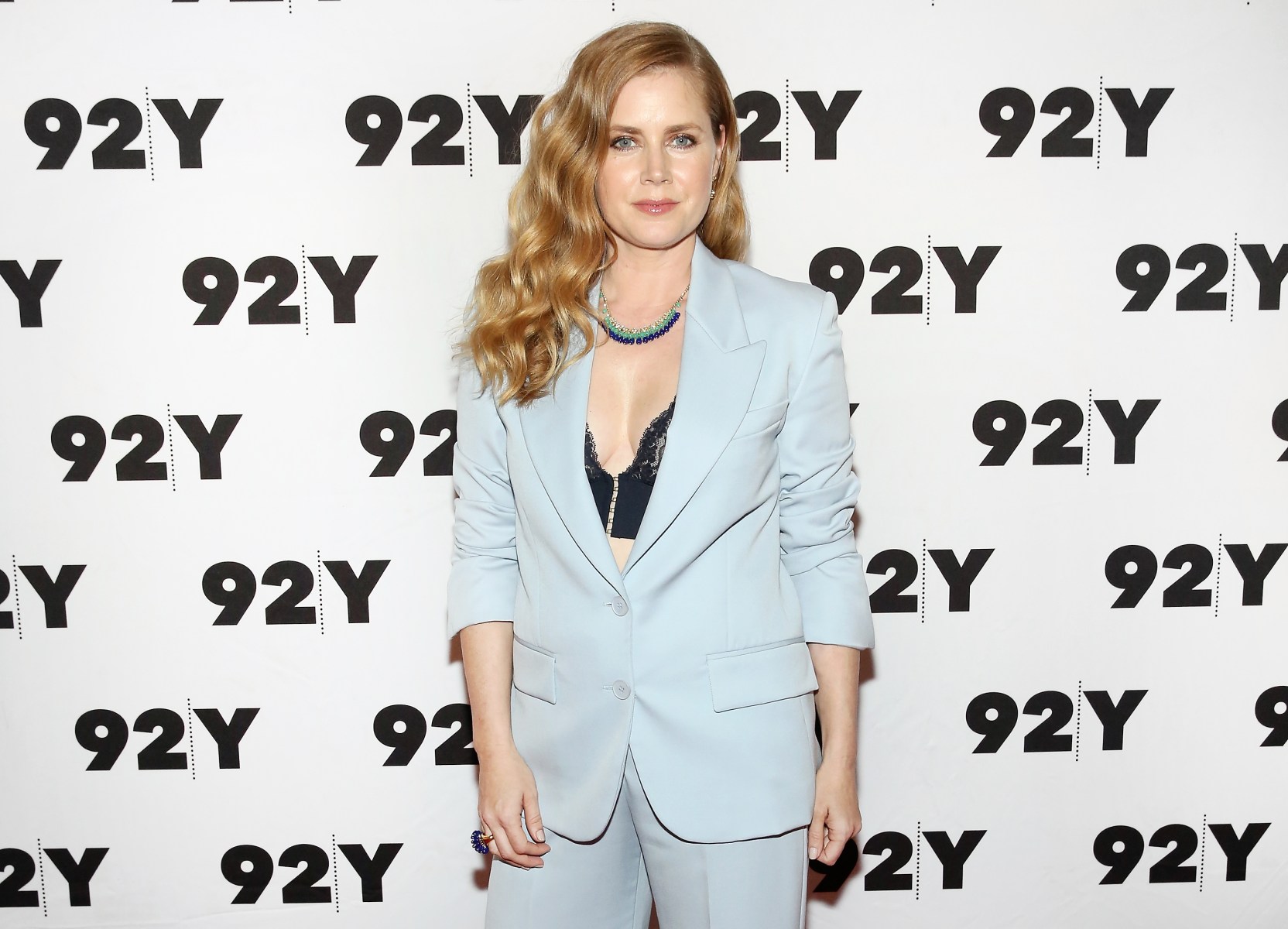 Amy Adams is no Disney princess – and few things could make that clearer than her role as the alcoholic St. Louis Chronicle reporter Camille Preaker in Gone Girl author Gillian Flynn’s Sharp Objects, premiering on HBO on Sunday.

Preaker’s not a bad-to-the-bone sort but she drinks her demons straight out of little mini-bar bottles tucked in her purse and vodka-filled Evian bottles. And, as the mystery unfolds in eight episodes – the question becomes whether she will identify and defeat those demons of her past while solving the murder of a young girl in her Missouri hometown of Wind Gap. It’s a fraught assignment that brings her back face-to-face with her toxic mama, played by the inimitable Patricia Clarkson on the near edge of Tennessee Williams.

One theme of the night, which also included a sneak people of Episode One, was uttered by showrunner Noxon (Dietland): “#AmyAdamsGetsThingsDone.” Like the Type A actress Reese Witherspoon, Adams is a take-charge actress who has craved more control of her characters and career. This might be particularly true in light of her confession that David O. Russell brought her to tears on the set of American Hustle. Enough is enough – even if that performance did earn her an Oscar nomination, one of five. She’s yet to win one – and I expect it rankles.

Amy has embraced this expanded responsibility, telling the full house at Manhattan’s Y: “I enjoy being part of creative and practical solutions. As an actress, I felt taken care of because I could take care of myself.” She recalled a challenging scene in Episode Seven, when the entire cast was dragging she was able to ask for more time because, as a producer, “I felt confident that I could make the suggestion.”

As an actress who broke out as a leading lady in the title role of the 2005 indie feature Junebug, which earned the star her first Oscar nom, Adams has played everything from the epitome of sweetness in the beloved Enchanted to the steely art dealer anti-hero of the brilliant Nocturnal Animals. In turning to TV, she made this comparison: “The one thing is that the pace is more brisk and requires more endurance … I like the fast pace. It keeps me sharp. It keeps me lubricated.”

Of Adams’ compelling-yet-disturbing Camille that Flynn originated in her novel written before Gone Girl, the author asked: “who is she?” Her answer: that’s the central question of the crime drama, “as much as who done it?”

When preparing for the role, Adams turned to the novel: “It helps to follow Gillian’s book. There’s a softness and vulnerability, a wit and humor as well as the darkness. It’s something that Camille fights against not lives in….”

And, to embrace this troubled single woman one blackout away from a car crash, Adams set aside the glamor and gloss of some (but not all) of her past roles. She welcomed the ease of minimal face makeup that required only ten minutes in the chair, saying “This is awesome. I’ve been natural in other projects.”

Director Vallee had a hard time believing that Adams’ look on camera was so natural. According to the star, he expressed dismay when, in one scene set inside a stiflingly hot car, he complained, “You are pink and you are moist.” She replied, “No: I’m sunburned and sweaty.”

The face make-up might have been minimal however the body was another story. The disturbed character is a self-cutter, [minor spoiler] which is revealed when she bathes at the first episode’s conclusion. “But exposing my scars: I don’t highly recommend it. Looking at myself for three hours naked every day – there’s a great vulnerability and a fear there. My low self-esteem came in handy.”

Whether beautiful or natural, Adams finds herself playing a character full of rage and pain with no pockets in which to put those emotions – but plenty of liquor bottles. Is she worried that Camille’s flaws will alienate audiences? No, she said. “Women will identify with her when she’s not perfect … that wanting somebody to see us as we really are.” To flip a phrase from The Wizard of Oz: please pay attention to the woman behind the curtain – of make-up.

Showrunner Noxon explains that part of what appealed to her is the conspiracy of silence that has settled on Camille’s hometown of Wind Gap. And that this Southern gothic mystery with its contorted characters and hard-won clues provides a vehicle to investigate “women’s anger and pain; we don’t have anywhere to put it. We displace it.”

One of the major displacements lies in the tense mother-daughter relationship at the series’ center. Adams joked to Clarkson onstage that she must have “had her when you were ten.”

And toxic is the recurring adjective describing Clarkson’s Adora Crellin who, I’m assured via email by Clarkson, has only begun to fight in Episode One. She’ll have much more to do as the mystery unfolds. “Isn’t she delicious?” asked Clarkson mischievously on stage. Possibly, if one has a taste for pretty poison.

Calling the character “a fist in a velvet glove,” Clarkson cited similarities to playing Blanche Dubois in 2004 at the Kennedy Center. “Thirteen years I hadn’t been in that territory and then a rush of Blanche came roaring back.” But, she explained, “this isn’t Blanche but Gillian” – and her contemporary character has more agency.

Still, there’s no mistaking Camille and Adora for the mother-daughter team at the heart of, say, The Gilmore Girls.  As author Flynn declared: “Heroines don’t have to be likable.” She added: “It’s a character study hidden inside a murder mystery.” And what is the viewer to make of this fractured, fucked-up woman at the story’s center? Flynn concludes: “I hope they take comfort. To me, Camille is a hero.” And it helps that she’s played by the charismatic and fearless Adams.