All hail the based, brooding lord of outerwear 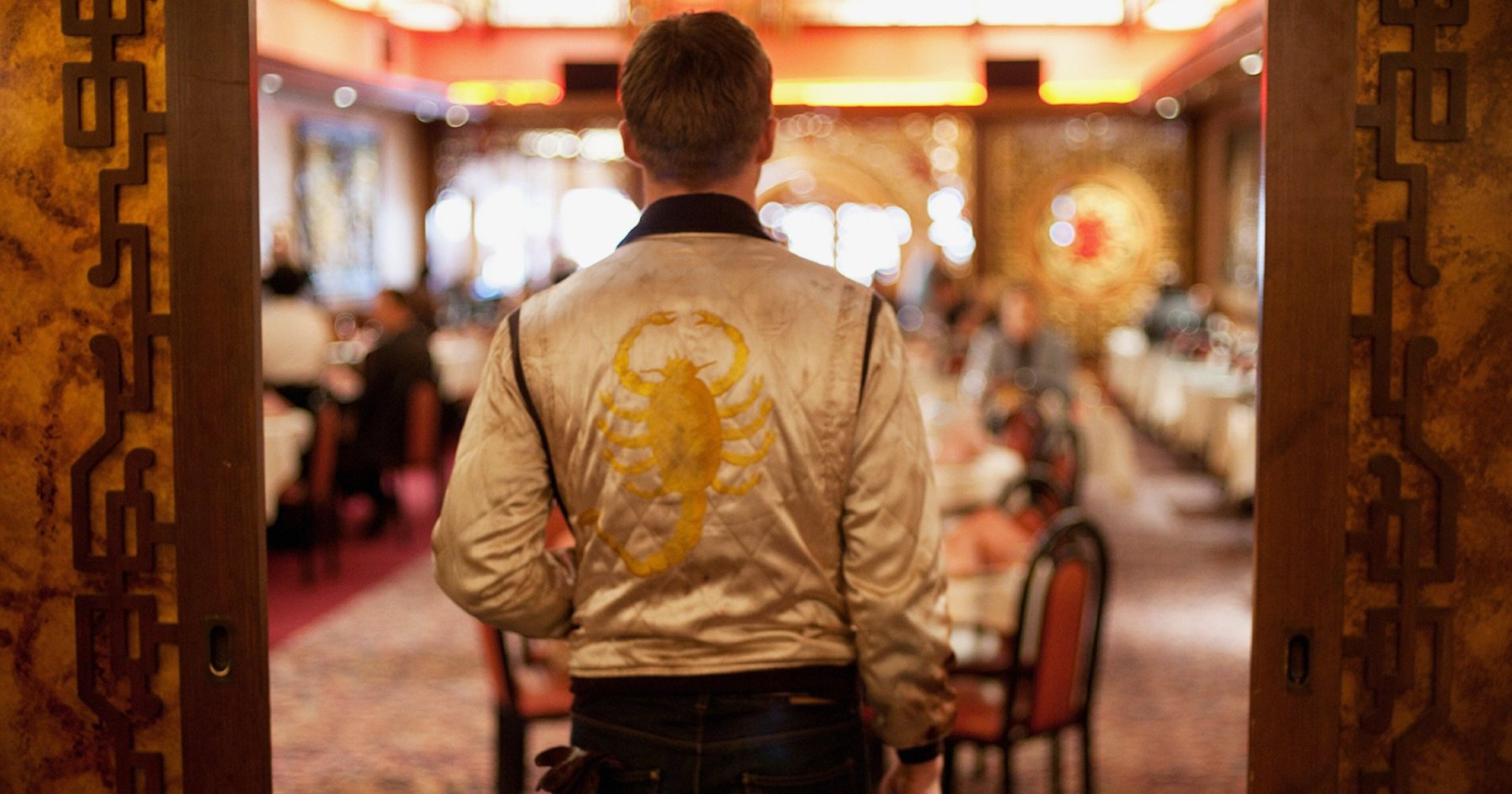 “Ryan Gosling is to jackets what Jack Nicholson is to sunglasses.”

Our fearless editor-in-chief has never been more right.

Just like ol’ happy Jack made a pair of shades so compulsory to his look that they seem at this point a natural part of his face, so too can we now picture Ryan Gosling emerging from the womb with toothpick in mouth and swaddled in a bomber/trench/blazer that makes us want to, well, be that guy.

(Or, at the very least, a non-famous, non-perfect-bone-structure-having approximation of that guy. Whatever, we can’t all win the genetic lottery.)

So on the day we see him debut yet another absolute banger in Blade Runner 2049, we’ve compiled and ranked his 10 best — complete with a current iteration of each should you decide to channel your inner RyGo.

Godspeed. And Only God Forgives.

The Jacket: Is a big red blanket a jacket? No, it is not. But when you wear it well enough to slide up in the emotional DMs of an entire generation of women across the globe, it counts.

The Heir Apparent: This cozy bugger from Woolrich has got the stripe and everything — you’re welcome. The shaggy hair/beard combo, ribbed tank and Rachel McAdams are on you to sort out, though.

The Jacket: Your correspondent has never been a big fan of oversized, ‘70s-era collars, but dammit if this dirty white leather number ain’t working for the Gos. Extra points for the floral shirt.

The Heir Apparent: A white leather nod to the orig, but updated with a smaller collar and lack of massive chest pockets — you should still go floral underneath, BTW.

The Jacket: Again, we know, not really a jacket. But any garment in which you can take a beating this savage and still look dapper? It makes the list.

The Heir Apparent: Get the whole suit, just take the jacket off when it’s time to get beaten senseless by a karaoke-loving, warrior-poet Bangkok cop.

The Jacket: Such wholesome Americana vibes emanate from this two-tone puffer. No wonder the whole town got behind homeboy dating an anatomically correct sex doll.

The Heir Apparent: While the full vintage number might look a little dated, the folks at Rocky Mountain Featherbed prove that if you chop the sleeves off and throw some shearling on the collar, you’ve got yourself a wintertime winner.

The Jacket: Gosling’s acid-tongued DeutschebankerJared Vennett was, admittedly, kind of a pompous dick. But he was also a damn snappy dresser, and this Glen Plaid was his tour de force.

The Heir Apparent: Copy the suit, never the hair. Write that down.

The Jacket: So clean. So buttery. So overwhelmingly, blindingly white. Baby Goose’s CSL bomber was like a pop-of-absence-of-color.

The Heir Apparent: No need to go all the way leather here: crisp white cotton will do you just fine at a fraction the price.

The Jacket: Have you ever wanted understated face tattoos and a fire-engine-red leather jacket? No? Well then apparently you’ve never seen this movie.

The Heir Apparent: More of an oxblood, and thus more workable for you non-Eva-Mendes-daters out there. Still bold, but can be pulled off provided you keep the stride cocksure. Face tats prob wouldn’t hurt, either

The Jacket: An extremely rare vintage Honda racing zip-up with a cropped cut, white and red accents at the shoulders, and tumble padding. Almost cool enough to make you forget how soul-crushingly depressing this film is. Almost.

The Heir Apparent: This colorblocked edition from Robin’s Jeans lacks the yeah-I’ve-crashed-my-motorcycle-a-few-times patina of the original — for now. Buy the bike and give it a few years. We have faith in you.

The Jacket: Esquire crowned it the best thing about the movie based on its appearance in a trailer. Apparently our impending dystopian future is really f*cking cold.

The Heir Apparent: Probably the closest match of any jacket on this list — that being said, if you’re in the position to cop Tom Ford’s $11K suede and shearling stunner, you can probably go ahead and cop the lot.

The Jacket: Every men’s style critic/blogger/resource has at some point waxed poetic about this white satin bomber inspired by Korean souvenir jackets from the ‘50s. It was designed by Erin Benach, who — according to her IMDB page — is basically Gosling’s private costume consigliere.

The Heir Apparent: Sure, the internet abounds with semi-reasonable facsimiles of the Drive jacket, complete with scorp embroidery. But a stylish gent knows in his heart of hearts that wearing said jacket would be akin to trying to throw the Dude’s robe or Superman’s cape into his sartorial arsenal. This number from Lucky has you covered on the inspirational tip.