When will NFL owners learn that these guys are nothing but snake-oil salesmen?

This article originally appear in InsideHook on October 8. 2021. Earlier this week, the Jacksonville Jaguars fired Urban Meyer after reports emerged that he had kicked one of his players at practice. His tenure will go down as one of the most short-lived and ignominious in NFL history. It was also something everyone but the Jaguars could have seen coming, as outlined by the story below, which looks at the spotty track record of successful NCAA head coaches trying to take their dog-and-pony show to the ranks of the pros.

Jacksonville Jaguars head coach Urban Meyer gets to keep his job. For now. Following his team’s road loss to the Bengals last Sunday, Meyer’s employment status was in serious jeopardy, and not because the Jaguars fell to 0-4.

Rather than fly back with his team after the game, Meyer stayed in Ohio to visit family. After dinner, his wife took their grandchildren home and he visited Urban Meyer’s Chophouse, one of two restaurants he owns near Columbus. That’s where he ended up in a viral video with an attractive blonde not named Shelley Meyer or Trevor Lawrence. Although the footage lacks context, it’s undeniably cringy.

On Monday, “morality clause” was the phrase of the day for the talking heads who predicted Shad Khan, the Jaguars owner, would terminate Meyer’s contract. On Tuesday, Khan issued a statement where he condemned the coach’s “inexcusable” conduct but stopped short of firing him. “I appreciate Urban’s remorse,” Khan said, “which I believe is sincere.”

This statement arrived after Meyer’s press conference, which Khan must have missed, because Meyer’s deflective apology played like an SNL sketch. He retold the story to diminish his agency while using his patented guilty-altar-boy look to feign contrition. In a bizarre move, he compared his situation to the time he gave Trevor Lawrence advice about having his bachelor party in Las Vegas.

Speaking of Vegas, Meyer is still the betting favorite to be the first NFL coach out of a job this season. If and when that happens, he will become the latest college coach to flunk out of the NFL. He won’t be the last.

If you’re an NFL owner looking for a new coach, chances are you have a losing team and a disgruntled fanbase. What better way to energize them than a flashy hire? As a college coach, Meyer has a 187-32 record and three national championships on his resumé. Such success, however, rarely follows these coaches into the NFL. Some prominent examples:

There are exceptions. Jimmy Johnson and Pete Carrol are notable NFL coaches who matched or exceeded their college success. But more often than not, these guys fail. And they tend to fail like plane crashes, leaving a franchise in disarray while parachuting back into a college fiefdom where they are the lords and the beer flows like wine.

It’s astounding that billionaire NFL owners, men who pride themselves on their business acumen, continue to make the same costly mistake. When will they learn that these coaches are as effective as Ivermectin? Their college empires are built on shady recruiting practices and a willingness to bend or break any norm — legal, ethical or otherwise — in pursuit of winning. Their success and charisma breeds a cult of personality that inspires blind devotion from their schools while insulating them from the consequences of their actions.

Athletic directors and boosters have consistently demonstrated a willingness to sweep the dirt under the rug. But slaps on the wrist will never change the behavior of powerful men. They become emboldened. They run their programs with increasingly flagrant disregard for any moral standard, often positioning themselves as deeply pious, and inflict lasting damage on the schools while inflating their personal stock with short-term gains. Eventually, one scandal or another will explode and they’ll cash out.

They’re rarely fired. They’ll retire or resign, usually with a noble or sympathetic reason, and they’ll cool off in a broadcast booth or some other safe space. Sooner or later their phone will ring — a desperate athletic director, an impetuous NFL owner — and they’ll rise as saviors while their former program continues to bleed out. Like cockroaches, these men are impervious to nuclear blasts.

No figure embodies this slash-and-burn ethos more than Urban Meyer. The two national championships he won at Florida overshadowed disturbing reports of a toxic atmosphere. During Meyer’s six years in Gainesville, 31 of his players were arrested. Although some were accused of serious crimes, local officials often declined to press charges.

In 2007, a freshman tight end named Aaron Hernandez assaulted a bartender over a disputed tab. Later that fall, an unidentified gunman shot up a car at a red light. One victim described the shooter as a large, heavily tattooed man who looked “Hispanic” or “Hawaiian.” The victim also identified one of Hernandez’s teammates as accompanying the shooter.

When Hernandez was drafted by the New England Patriots in 2010, the prevailing narrative was that he was a troubled kid whose talents and soul had been saved by the missionary influence of Meyer and Tim Tebow. When Florida finished 7-5 the following season and reports of a dysfunctional locker room amplified, Meyer announced his retirement — not for the first time — and cited health problems and a desire to spend more time with family. He spent the 2011 season working for ESPN. In 2012, he became the head coach of the Ohio State Buckeyes. When Hernandez was convicted of murdering Odin Lloyd in 2015, many people wondered if Meyer had blood on his hands.

Meyer’s tenure at Ohio State followed a similar trajectory to his time in Florida. Tremendous success, including a national championship and a 7-0 rivalry record against Michigan, led to unbridled adulation. Streets and babies were named after Meyer. Shadows of recruiting violations and operational impropriety flickered. Finally, a scandal erupted in 2018 when an investigation commissioned by Ohio State’s board found that Meyer had mishandled domestic violence allegations against assistant coach Zach Smith. Announcing his retirement that December, Meyer cited — yeah, you guessed it — health reasons.

It’s remarkable what happens when college coaches get to the NFL and can’t lure the best available players with illicit favors or bizarre recruiting tactics. (Here’s looking at those high school slumber parties, Jim Harbaugh.) The NFL is deeply flawed, but it’s not nearly as broken or corrupt as the NCAA. Yes, the owners are oligarchs. Yes, most coaches get hired through nepotism. But no matter how deep their roots or charming their personalities, their fortunes are tied to their abilities rather than their smarminess. Here’s how Rex Ryan, the son of an NFL coach and sworn nemesis of the Patriots, spent part of his Sunday:

Hypocrisy is arguably the ugliest human trait, and watching a hypocrite fall is a special kind of schadenfreude. Even though it looks like Meyer’s latest maelstrom won’t get him fired, it’s one more humiliatingly public unveiling of character. The man is a walking controversy whose recklessly selfish actions have never aligned with his wholesome persona.

The odds are that Meyer will not coach the Jaguars for long. Khan will fire him or he’ll “retire.” Again. An ethically pliable athletic department in southern California is hiring, though Meyer is probably too hot for even them to handle. 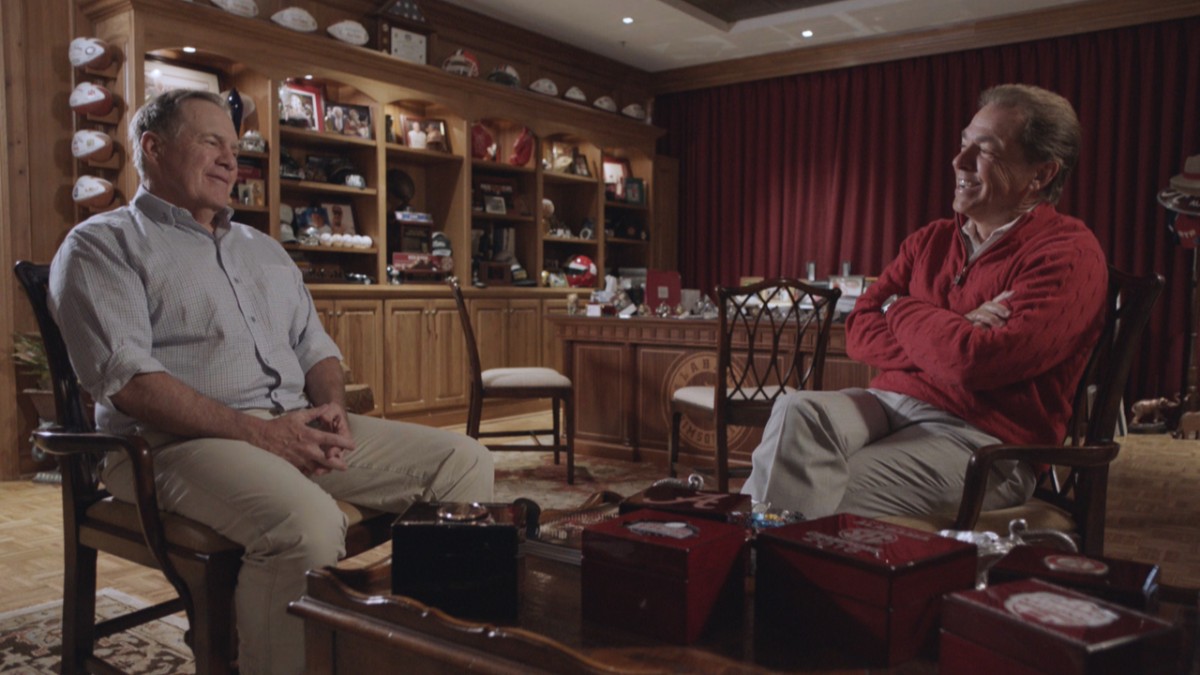 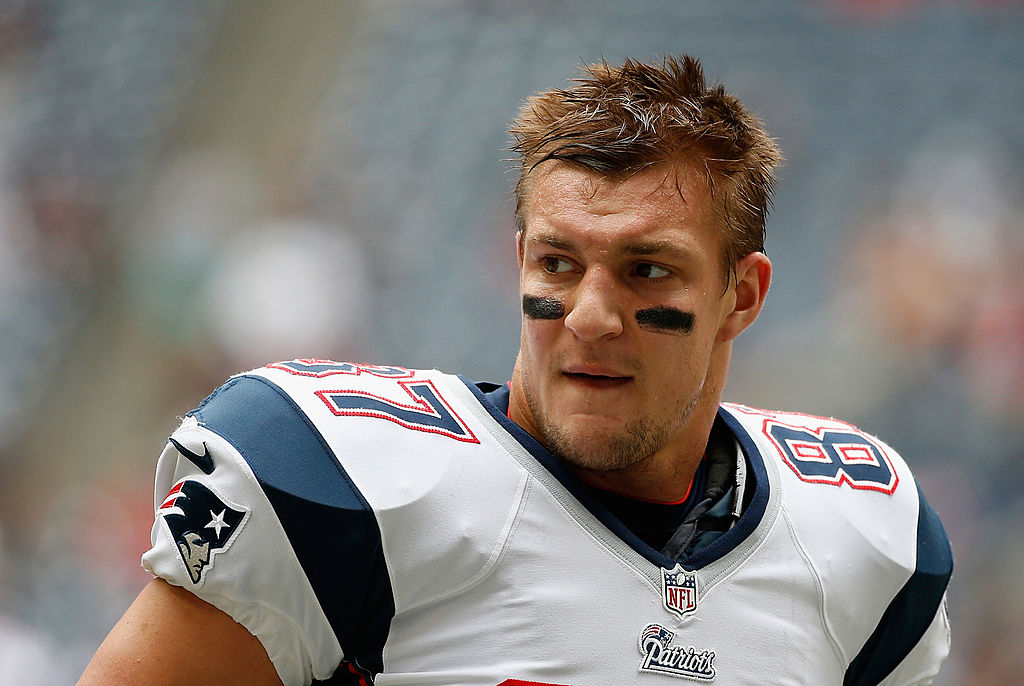 Rob Gronkowski Was Tired of Bill Belichick, Not Football 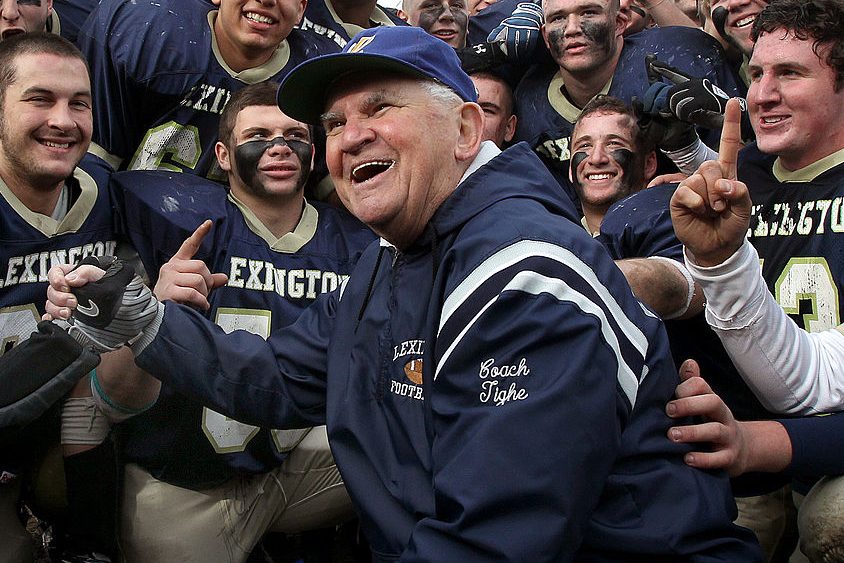