Travis Rice Has a Plan to Bring Snowboarding to New Heights, Again

The world-renowned snowboarder and filmmaker discusses his latest endeavor 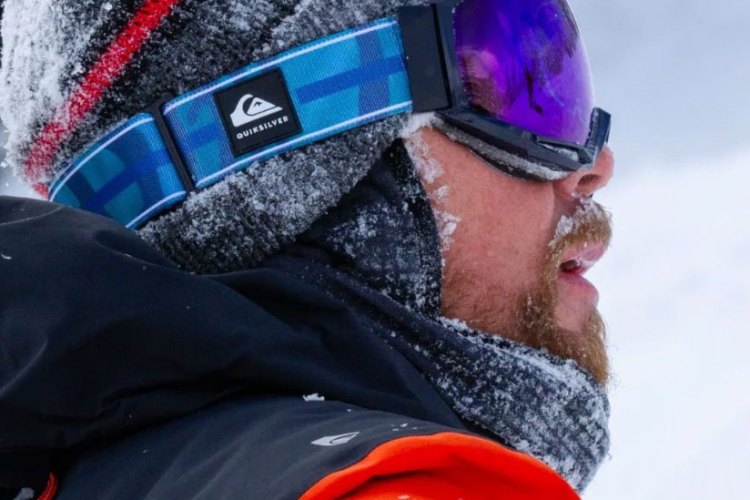 As an 18-year-old unknown in 2001, Travis Rice arrived at Snowboarder magazine’s Superpark contest at Mammoth Mountain intent on pulling off a backside rodeo across an 117-foot gap jump.

If you’re thinking a backside rodeo is a term that resides on Urban Dictionary, it’s not. It’s an impressive trick that’s even more difficult to pull off over a gap of that size so, when Rice was able to do it, he became an instant star.

Now, almost 20 years later, Rice is still at the peak of his athletic prowess and is recognized as one of the best all-around snowboarders in the world as well as one of the leading creative forces in making snowboarding films.

Rice’s latest endeavor, the Natural Selection Tour, is the culmination of his 20 years at the top of the mountain of his sport.

Launching in 2021, the tour will be a mobile freeride competition featuring the world’s top snowboarders that will make stops at Jackson Hole Mountain Resort in Wyoming, Baldface Lodge in British Columbia and Tordrillo Mountain Lodge in Alaska.

“I’ve been lucky enough to explore the world of wintertime mountains for 20 years and been lucky enough to get a pretty good understanding of how the hydrology works in the various mountain ranges and regions on this beautiful earth,” Rice tells InsideHook. “Running a contest that is dependent on natural snow conditions, we have to run the probabilities. I’m looking for the most consistent places on earth in a world that has become more and more inconsistent as far as weather patterns are concerned.”

Given what he does for a living, Rice has had an opportunity to see some of the effects of climate change first hand.

“Without a doubt, you continue to see the global stranging of weather,” Rice says. “I think one of the most notable places for me is Alaska. There are some glaciers that I’ve been close to and around for almost two decades that look so different than they did. I have photos I’ve taken several times over the course of 10 or 15 years and one of these glaciers in them has receded almost a mile and a half. Without a doubt, the temperature is rising. Without a doubt. The climate is changing. It’s a global stranging of the weather. The further north you go, the more you notice and hear about it.”

Though climate change is a concern for Rice, he isn’t anticipating it will be able to put a damper on the Natural Selection Tour thanks to the trio locations that have been chosen for the event.

“I would say British Columbia is one of the most consistent places for deep powder snow,” Rice says. “Jackson Hole is one of the best places for the ability for the snow to stay soft for extended periods of time after a snowfall. Alaska has some of the largest snow formations. Each one of these places has its own unique characteristics and that’s really what makes what we’re doing interesting. What we’re trying to do is really celebrate the uniqueness of each location.”

Though the Natural Selection Tour will feature some of top male and female competitors in alpine winter sports, nature is going to be the star of the event.

“Mother Nature is the main character,” Rice says. “It’s not about who beats who on that day, but about who finds synchronicity and harmony with the mountain and the snow conditions. Inevitably, it’s not always going to go as planned, which is one of the reasons that people haven’t tried to do this. We’re basically creating some of the best runs on the planet for the days that we hold these events. It’s really complicated and technically challenging. People can’t practice at these venues so they’ll go in sight unseen. It comes down to riders’ abilities to visualize and put a run together on something they’ve never ridden before.”

The way Rice sees it, that dynamic will really level the playing field.

“You’ll have an 18-year-old like Red Gerard, who won a gold medal at the 2018 Winter Olympics in Korea, competing against a 45-year-old Terje Håkonsen, one of the true greats in our sport,” he says. “I think what’s really interesting is the amount of experience and the skill these different types of riders bring to the table. Each of them has an advantage on certain terrain and I think it will be really interesting to see how they use their experience to their benefit.”

Though he hasn’t decided for sure, Rice is leaning toward competing in the event himself. But, if he does, it won’t be all that important to him if he wins or not.

“My No. 1 focus is having the events run smoothly and having the riders feel well-supported with our production reaching the standard that we strive for,” he says. “I think that the bonus is being able to ride and compete on this type of terrain against a lot of riders I respect. For me, the win is just doing the event. I’m really excited about bringing this contest tour to life. The last three years have been focused on this new kind of tour. Honestly, 20 years of doing what I’ve done has led me and educated me to be in a position to try to accomplish what we’re doing right now with this new contest series.”

For Rice, it all comes back to the actual snowboarding.

“Snowboarding is active meditation for me,” he says. “It’s spending time outdoors in the forest in the weather with friends. It brings a lot of joy to my life and makes up for a lot of the work that I have to do. For me, snowboarding has always just been about fun and creativity and there’s really nothing like it. I mean, being able to ride and interact with mountains out in high Alpine terrain or in these incredible old-growth forests … Riding this incredible substance, which is soft snow and powder. It’s just a pretty magical feeling.”

Hit the slopes with the The Natural Selection Tour’s launch video below:

The Best Bars in Sitcom History
The Best Way to Fly Right Now? Let’s Call It Private-ish Travel.
Where Does “Saturday Night Live” Go From Here?
Who Are the Try Guys and Why Is Everyone Suddenly Talking About Them Today?
The Mystery of the Creepy Smiling People at Baseball Games Has Been Solved

He’s Probably the Best Athlete Alive. Does Anyone Care?
The 7 Best Fall Travel Destinations for 2022
Ex-NFL Coach Rex Ryan Is Having Fun Putting His Foot Fetish Forward
The 5 Biggest Announcements from Amazon’s Fall Launch Event
Saks’ Friends & Family Sale Is the Perfect Opportunity to Save on Designer Gifts
The 6 Essential Tools Your Home Bar Is Missing
Behind the World's Most Ferocious EV Is a 92-Year-Old Classic Car Legend
Review: Ardbeg Latest Is Both Peaty and Tropical
The Best Sweater Vests Are the Epitome of Cool. Here Are 10 to Consider.