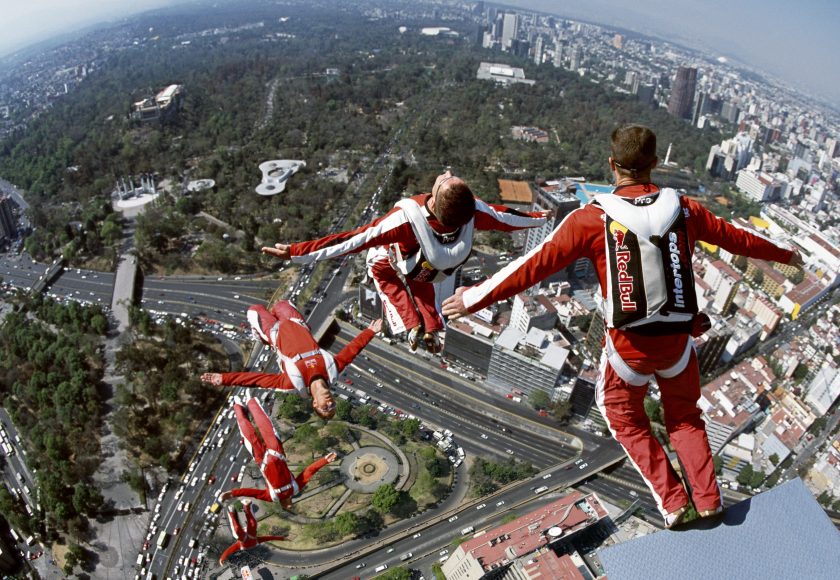 Felix Baumgartner literally fell from obscurity to the extreme sports limelight in 2012 when he became the first person to break the sound barrier without vehicular power. Jumping from a pod held by a helium balloon in the stratosphere, he descended almost 21 miles while reaching speeds as fast as Mach 1.25 (just under 1,000 miles per hour). If things went wrong during that incredibly risky fall, his blood could have started to boil.

The 47-year-old, whose nickname is “Fearless Felix” for obvious reasons, has tried his hand at a cornucopia of adrenaline sports with the help of sponsor RedBull. Still, he’s most known for BASE jumping and skydiving—holding the world skydiving records for exit altitude and vertical freefall speed. Continuously pushing the envelope, the athlete has found a way to overcome the dangerous nature of his favorite stunts.

Baumgartner began skydiving when he was 16, before polishing his skills in the Austrian military. As part of its Special Forces demonstration and competition team, he trained to land on small target areas. Watch that training at work in the video below, showing Baumgartner’s greatest jumps.