What Makes Brady and LeBron Great, From Someone Who Knows Both

When Tom Brady, Michael Strahan, and filmmaker Gotham Chopra meet to discuss the sports media company they co-founded, Religion of Sports, there’s a certain topic that somehow always comes up. 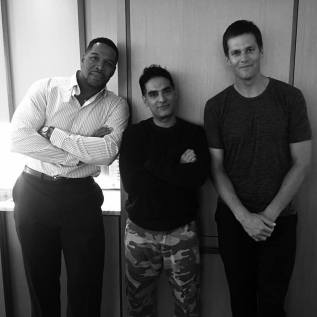 Those, of course, would be the ones where Strahan’s Giants defeated Brady’s Patriots.

“Every single time we all meet – Michael can’t help it,” Chopra told RealClearLife. “Tom is pretty humble about it – but I guess he can be since he has five other rings to cry over.”

And Chopra would know better than most what Brady does and doesn’t cry over. He spent months within the quarterback’s inner circle filming the Facebook docu-series Tom vs Time which aired during last football season and wrapped with an epilogue episode this September.

From the weight room to the living room to the car ride home after a game, the series gave viewers an intimate behind-the-scenes look at the life of the Patriots quarterback.

And it looks like it’s the only one we’re gonna get.

“We have no plans to bring back Tom vs. Time,” Chopra told RCL. “I think part of what made it special was how unique it was. Turning it into an ongoing reality series would probably diminish what made it stand out so much.”

But it’s not all bad news for fans of the star of Tom vs. Time.

“Tom says he plans on playing another four seasons after this. I take him at his word,” Chopra said. “Physically, he certainly seems to be proving that he can.”

Though he won’t be working on a second season of T v. T, Chopra does have another project with Brady that has been keeping him busy as well as an additional one with LeBron James. 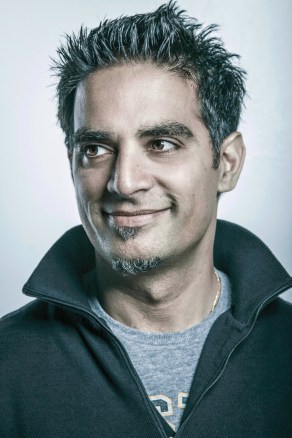 Launched late last month by Religion of Sports, Why Sports Matter is a new podcast series that uses compelling sports stories to explore larger themes such as tribalism, authenticity, and leadership. Narrated by Chopra, the podcast attempts to explore the meaning and significance of sports provide in people’s lives.

Chopra also has another project in the works with one of the biggest names in sports, LeBron James.

Premiering on Showtime on November 4, Shut Up and Dribble is a three-part documentary series that takes its name from an insult Fox News’ Laura Ingraham lobbed at James for “talking politics.”

Produced by James and his business manager Maverick Carter, the series is narrated by former ESPNer Jemele Hill, who has had public scrapes of her own with the right and even President Trump. The show’s second episode airs November 10.

He’s a busy guy, but Chopra was gracious enough to take some time away from his work to speak with RCL about his projects with Brady and James as well as Hill, Trump and everything in between.

RCL: Why are Brady and Strahan appropriate guys for Why Sports Matter?
Chopra: “They have a unique perspective. Both have sat at the epicenter of passionate sports communities and know what it’s like to feel that energy. Both implicitly understand that sports are about so much more than wins and losses, box score and stats. I also think that both of them can look back at their careers with perspective. Often times when you are in it, it’s hard to fully grasp the power of sports, just how much it impacts so many people, but both of them seem to be at a stage of their life where they have tremendous appreciation for where they are and what they have been a part of.”

How did the idea for the podcast come about?
“We’re a company of storytellers and the idea ‘why sports matter’ has really been the DNA of the company from the beginning. Whether it’s a short social media post or tentpole doc series like Tom vs. Time, telling stories about ‘why sports matter’ has been our mission. We always knew we wanted the podcast to be about deeper storytelling and when we sat back and thought about what the real point of view was – it was a no-brainer.”

What can Brady’s story teach about resilience and leadership? Strahan’s?
“Tom’s rags to riches story is pretty well-chronicled. He wasn’t highly recruited out of high school. At Michigan, he was the second string guy and then the third string guy. He wasn’t drafted until the 6th round. His scouting report said he was slow, had an average arm, and below average QB skills. Not only did he not give up, I think he always believed he was great. And he worked for it. That’s enormously inspiring to me …

Michael has a similar backstory in terms of growing up overseas in Germany and not really being exposed to football until later. Then playing at a small Texas college before being drafted into the NFL and becoming a Super Bowl winner and Hall of Famer. But maybe the most impressive thing about Michael is what he’s accomplished after his football career. I don’t think anyone could have predicted the broadcasting success he has had and in particular outside of sports with Kelly and Michael and then GMA. I think he had a lot of doubters, but again he didn’t let that stop him. I think what impresses me so much about both of them is their work ethic. Neither has any sense of entitlement and they are probably the hardest workers I know.”

How are Brady and James similar and how are they different?
“I think both are committed to greatness. They work incredibly hard and they value what they have been able to achieve and the platform that has been given to them. Both are very devoted to their families – as husbands and fathers and take those roles very seriously. In terms of differences, Tom plays it pretty tight. He’s almost entirely focused on football and family with very few other outside influences. LeBron on the other hand, while equally devoted to his sport and his family, also has an enormous amount of other stuff going on. He’s got a really close group of talented colleagues with whom he’s worked together with for a long time – Maverick Carter, Rich Paul, Randy Mims – and trusts implicitly to build various businesses. Together they have built something pretty incredible and I don’t think there really is any limit to what they can achieve together.”

What’s something about both guys that the public doesn’t see or people often don’t realize?
“I wouldn’t want to be presumptuous and necessarily pretend that I know them inside and out – especially LeBron with whom I’ve really only interacted with creatively. But I guess my main takeaway is that they’re normal guys. They have to juggle lots of things – with pressure-filled jobs, very public lives, growing kids – and they don’t always make the perfect decisions, just like the rest of us. Despite the veneer of success and confidence, they are still figuring it out and they both actually have a lot of humility in that regard. They’re curious and hungry to learn.”

Why is it important for a show like Shut Up & Dribble to air in times like these?
“I think it’s important to understand the journey many have been on and how precious the fabric of our democracy is. People get complacent, or, maybe discouraged because of all the noise in our current political climate. They forget that democracy takes work. Freedom comes with struggle. I hope telling stories that show how certain groups have achieved success and prosperity and gained pieces of the American Dream across time will encourage some folks to get engaged, to vote, and take responsibility for the direction of our country.”

Have there been worries about backlash from President Trump over the subject matter?
“Not by me. I don’t particularly care. I hope he watches. I think he’d learn something.”

What have you learned about Brady’s relationship with Trump and did it affect the show?
“I think Tom like a lot of people has become a lot more politically aware over the past two years. He’s started to pay attention to issues and policy in a way that he probably never did before. We talk politics when we’re together and I am not shy about my opinions. I noticed that when he last had a chance to visit the White House after winning the Super Bowl in 2017, he did not go.” 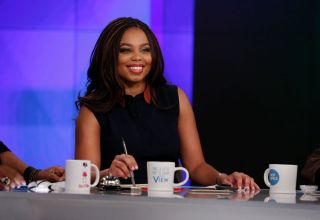 How did Hill become involved in the project and how has it been having her aboard?
“I initially interviewed her (along with almost 40 others) for the film. She was amazing and is so steeped as both a reporter and fan of the game and has a genuine knowledge base that we wanted to tap. Also considering the film is really about the convergence of sports and politics and that’s something she’s been in the middle of for the past year or so, when we decided to use a narrator, she was the obvious and my first choice. Having her onboard has been a blessing for the series and in my opinion given the films a genuine soul.”

For you, what has been the most rewarding thing about both projects?
“I love what I do. I learn a lot from every project I work on – not just because of the material, but also because of the people I get to collaborate with. And not just the big-name athletes, but all the dozens of talented, hardworking, creative people that are a part of these projects and don’t get the attention they should. So when the projects do come out and we get good feedback, that’s probably the most rewarding just because I know how much hard work has gone into it from so many people. In regards to the podcast especially, it highlights lesser known sports stories, athletes, and communities and that’s really exciting to me.”

Anything else you would like to add or think people should know?
“Be sure to also check out Season 3 of our flagship series Religion of Sports, premiering Thanksgiving week on the Audience Network. And I hope people go out and vote like their democracy depends on it. Because I think it does.”