This Year’s Five Most Exciting Moments in Extreme Sports 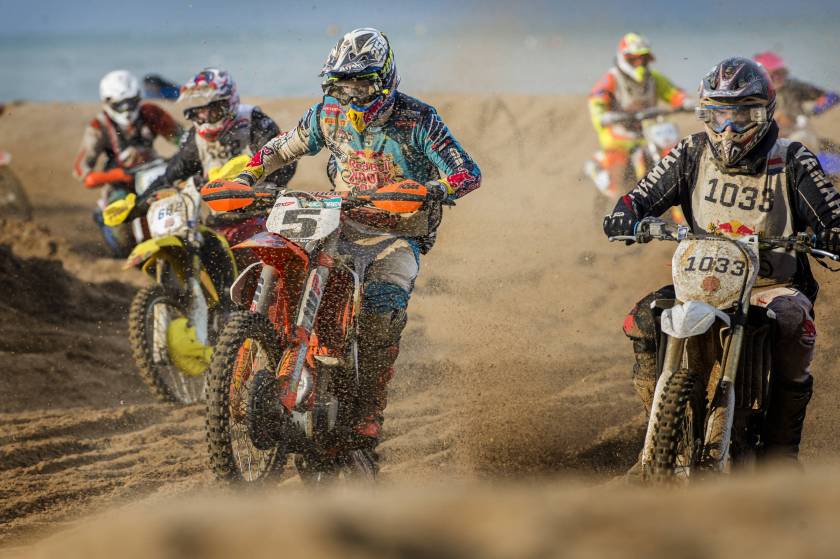 This year was a big year for sports, but for a few adventurous athletes, it was exceptional. If you need some inspiration for how to ramp up your sports regime in 2017, RealClearLife has rounded up some of the year’s most thrilling moments in extreme sports.

On April 19, Nathan Paulin of France and Danny Mensik of the Czech Republic set a new distance record in slacklining of one km, beating Paulin’s own previous record. The pair completed the feat in Aiglun, France, with the highline strung between the Paroi Dérobée and the Créte de Mont Mal, high above the Clue d’Aiglun river, a famous climbing area near Aiglun.

Paulin completed the short one km walk barefoot in around one hour and 15 minutes—most people walk one km on the ground in around 10-12 minutes—while Mensik managed to do the walk in just 40 minutes, on his third try. Check out our original post on the stunt here to watch the video. 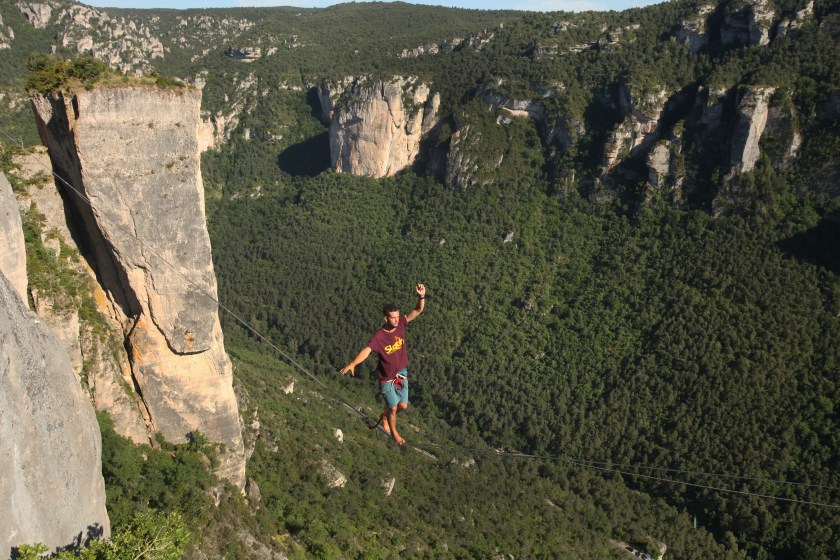 Jet ski racing champion Franky Zapata set a new Guinness world record earlier this year on one of his own products. The Frenchman set the record for the farthest flight by a hoverboard with the Flyboard Air, a creation from Zapata’s extreme watersports brand Zapata Racing.

Partly inspired by Back To The Future, the invention can “fly” independently and, according to the brand, reach an impressive 10,000 feet in the air, with a maximum speed of 93 mph. Zapata broke the record on April 31 this year, setting off from the coast of Sausset-les-Pins, near Marseille, France, and flying for 7,388 feet, surpassing the distance set by Canadian inventor Catalin Alexandru Duru back in 2015.

Luke Aikens Jumps From 25,000 Feet Without a Parachute

Professional skydiver Luke Aikins achieved a world first back in July, when he became the first person to jump from a plane 25,000 feet in the air without a parachute. The American daredevil was in free fall for around two minutes before landing in a giant net. Aikins already has more than 18,000 jumps under his belt and assisted Felix Baumgartner in training for his jump from space to Earth back in 2012. Click here to watch the video of the stunt going down back in July. 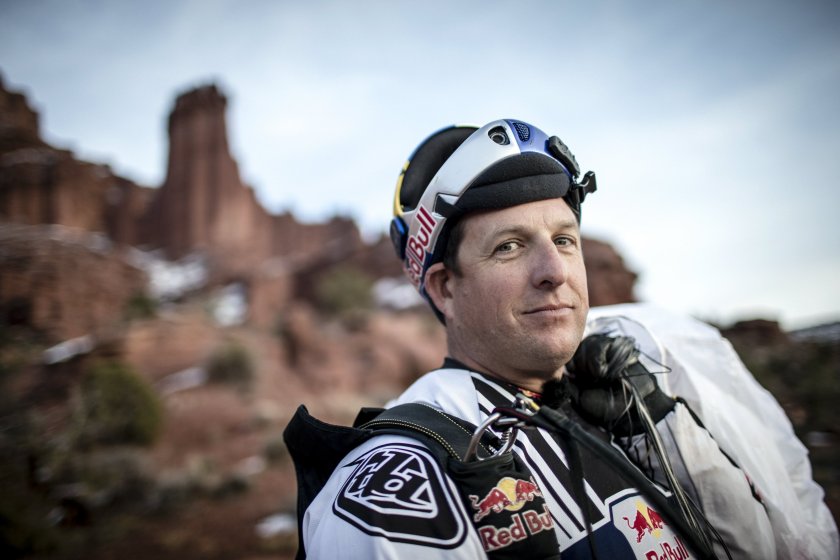 A portrait of Red Bull Air Force member Luke Aikins, who became the first person to jump from 25,000 feet (7,620m) without a parachute or wingsuit on live TV on July 30 (Christian Pondella/Red Bull Content Pool)

On Oct. 5, famed Russian skydiver and BASE-jumper Valery Rozov broke the record for the highest BASE jump in the world after a 21-day expedition. Rozov chose to jump from over 25,200 feet from the sixth highest peak in the world—Mount Cho Oyu on the Chinese/Nepalese Border—breaking his own previous 6,600-foot record from the Changtse peak in the Everest massif.

American downhill skateboarder Kyle Wester broke a new record in his sport back on August 29, hitting a new skateboarding record speed of 89.41 mph, in part thanks to a special aerodynamic speed suit he developed. The speed breaks a record set just three months earlier of 81.17 mph by Erik Lundberg in Quebec, Canada.