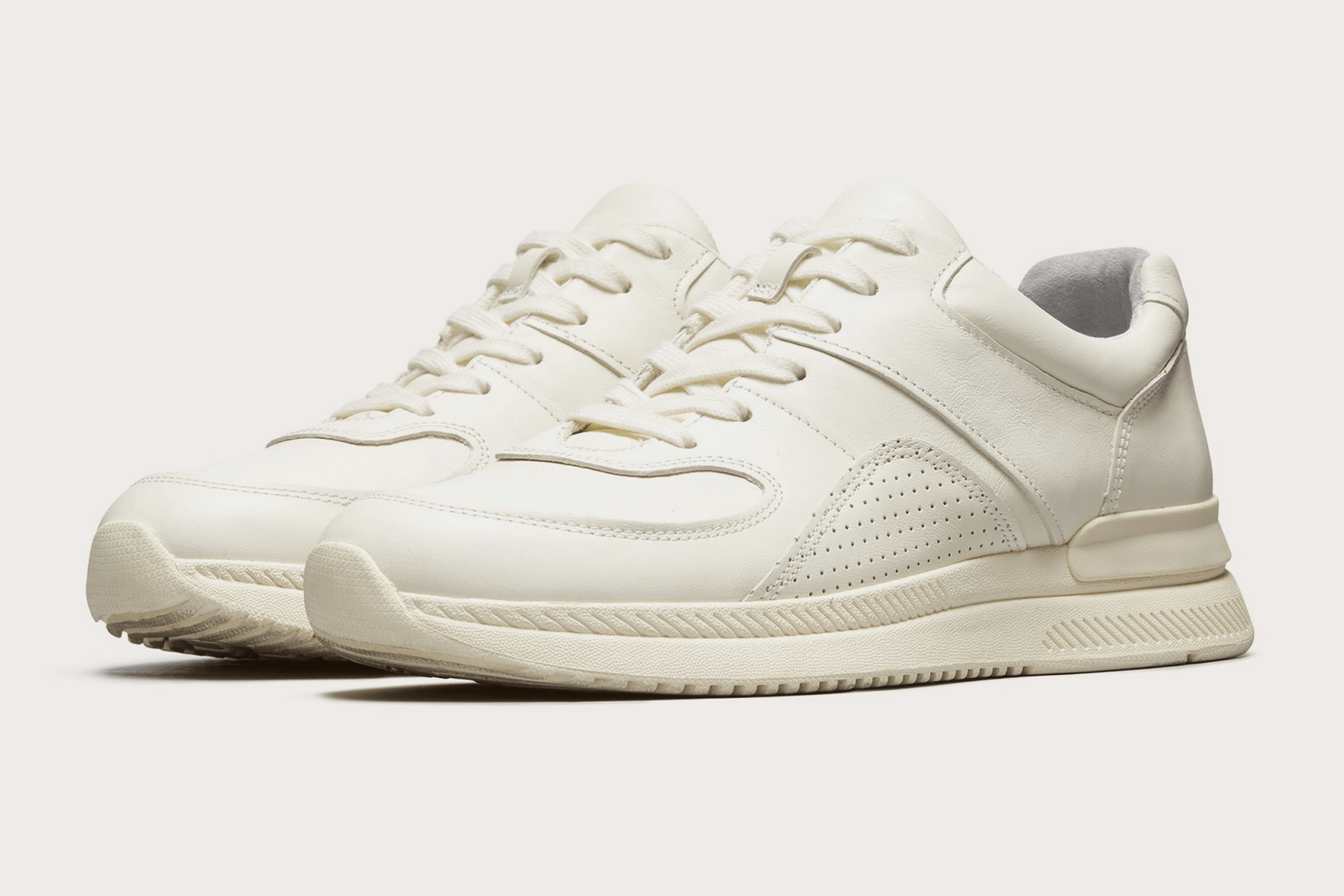 The Trainer is an unbranded, monochromatic sneaker in seven colorways, and notably, it’s made using super sustainable materials: all of the versions are 94% plastic free, and the leather has been sourced from sustainable tanneries that use less water and emit less carbon than the average facility.

Ethical manufacturing notwithstanding, the shoe’s merits have been a topic of hot debate at InsideHook this week. I think they’re swish AF. My colleague and compulsive sneaker collector Eli London says they are not.

Eager to tell the other why he is a fool with poor taste, we took to our office Slack channel to hash things out.

Walker: Eli, why don’t you like these very commendable and inoffensive sneakers?

Eli: So I want to start off by saying I’m a staunch opponent of the chunky sneaker fad that is sure to be relegated to the back pages of fuccboi-dom in another year or two. And while these aren’t exactly Oh Lawd He Comin’ levels of chonk, they’re getting close.

Walker: You once instructed another editor to defend a similar sneaker from Koio. What makes that one — which, to this naked eye, appears far chunkier — better than this?

Eli: I was young and dumb. I apologize for my past transgressions.

Walker: Fair enough. Then let’s get back to the shoe at hand. I would actually argue that Everlane’s Trainer is more of a throwback to classic leather sneakers like the New Balance 574 or Reebok Classic Leather than the mid-’90s, Skechers-inspired chunks that designers like Balenciaga are currently peddling. Do you also turn your nose up at those, or do you think I’m off base with my comparisons?

Eli: I don’t think I’ve ever owned any New Balance 574 or Reebok Classics, but I’m certainly not a hater of them. I think it’s difficult for a new brand to invoke the style of those kicks without completely knocking them off. And I think Everlane ended up not quite nailing this one. I agree that these are probably more reminiscent of those classics, but to me these look more like the first release from a hot new direct-to-consumer orthopedic shoe company than anything else. The pure monochromatic thing probably doesn’t help.

Walker: Are there any colorways or material combinations (some feature suede, others patent leather) that you think pass muster, or is your hate all-inclusive?

Eli: No, yeah I’m just not feeling these. I think Everlane is great, they’re just a little too reductive in their styling (as in too preoccupied with trying to imitate the current state of streetwear). Personally, all I can see are old people shoes. Actually, you know what these really look like? The bowling shoes people buy when they’re serious about bowling and want to stop using lane shoes.

Walker: I’ll give you that on the taupe and the saturated taupe. For me, the others will look great as long as the rest of the outfit isn’t also veering into normcore territory (all of the examples in this GQ piece, e.g., look pretty wack to me). I say pair the blacks or greys with tailored, tapered jeans and you’re golden. And also green, because these shoes are built to save the world. You gonna hate on that, too?

Eli: I’m very down with the mission! Planet saving gives you at least five extra cool points. I just don’t think you’ll ever catch me in them. But given Everlane’s general quality and aesthetic, which I am very much a fan of, the next sneaker from Tread will probably be a banger.