"The virus has taken so much solid ground from underneath people."

“At least now you can just blame it on coronavirus. That’s what I’d do,” I joked recently, and rather unhelpfully, to a friend who told me that his on/off relationship had finally flickered off for good.

“I mean, yes. It is the virus’ fault,” he replied, with an air of (rightful) annoyance detectable even via Instagram DM.

Matt, a 37-year-old actor, was living in New Hampshire when the coronavirus pandemic first began to seriously disrupt the lives of many Americans who’d previously had, or abused, the privilege of more or less ignoring it.

“She lost her job. Got stressed about money. Spiraled into a depression, and left the area,” he told me. “So literally it was the virus.”

While many a joke and a few serious inquiries have centered on the married couple who suddenly realize they can’t stand each other thanks to unprecedented lengths of consecutive time spent together in quarantine, the coronavirus pandemic also poses a unique, potentially more precarious set of challenges for couples still in the earlier stages of a relationship.

Whether dividing partners into an unplanned long-distance relationship, forcing them into a premature state of domesticity in shared quarantine, or snuffing out a budding romance altogether, the widespread effects of the coronavirus pandemic have heaped additional stress onto the uncertainty already inherent in new relationships, often putting young couples face to face with make-or-break situations and decisions they wouldn’t have otherwise been likely to encounter until a much later point in the relationship.

“The virus has taken so much solid ground from underneath people,” said Matt. “Investing in a relationship is a scary thing. People rightfully want some assurance, or insurance, that things might be okay. The virus has taken that away for a lot of folks just starting something. So I’m guessing I am not the only one.”

Peter, a 22-year-old student at Manhattanville College, is one of many college seniors who had their undergraduate careers cut short when universities across the country switched to online-only classes for the remainder of the semester. For many students, an early end to life on campus also marked the premature end of friendships and romantic relationships.

Peter and Jess had started dating at Manhattanville earlier this year, before breaking up and then reconciling over spring break, shortly before they got word they wouldn’t be returning to campus afterwards. Now back in their respective home states of Maryland and Massachusetts indefinitely, any chance of continuing their recently rekindled romance seems increasingly slim.

“It’s been the bumpiest ride in the world,” Peter told me. “Now with coronavirus I can’t see her, and we’ve been having an awful time, but our spring break trip was so nice. It’s just the stupidest rock and hard place to be stuck between.”

For other couples, however, the fallout from the coronavirus pandemic has escalated, rather than decimated, the relationship, albeit with varying results.

“I think that the timing was, in a really weird way, quite good for us,” said John, a 30-something in DC whose four-month relationship turned exclusive shortly before the coronavirus became a national crisis. “In some ways, it was probably helpful timing that we had settled into a comfortable and happy degree of exclusivity right before this really came down in the last couple of weeks,” he told me. “If quarantine conditions had been put in place two weeks earlier, I don’t think we would’ve progressed far enough to be feeling as good as we are at the moment.”

Both living in DC, where, as of this writing, no shelter-in-place mandate has been declared, the couple has been taking turns driving to each other’s homes where they cook together, watch movies, and “do a lot of boring stuff inside because we’re trying to be hyper-responsible,” John told me. “Certainly the few nights a week that we spend together in our very circumspect, plague-conscious ways, we are much more domesticated than you would expect.”

Jenna, a 26-year-old in Boston who’s been self-quarantining in the suburbs between her boyfriend’s place and her parents’ home, likens the part-time partnered quarantine to “playing house,” adding that while it’s been a nice preview of what it may be like to live together in the future, deciding whether or not she’d be willing to stay with her boyfriend full-time in the event of a state-wide shelter-in-place mandate has caused some stress.

“That’s not a decision I expected to have to make so early in our relationship,” she said.

For those in relationships like Jenna’s or John’s, where traveling back and forth from a partner’s home is still possible, the nature of the coronavirus crisis means there are often third-party individuals — roommates, family members, etc., — whose comfort and health need to be taken into account. For John, that means regularly checking in with his roommate, who is also self-quarantining, to ensure he’s okay with the visits taking place within either apartment.

“It’s a little bit interesting, and in any other circumstance, it might be almost funny, the extent to which my roommate and I — and I would imagine various other non-traditional households where people are dating outside the home — are putting their own dating lives up to a roommate to veto,” he said. “I think it’s the right thing to do, but it’s also sort of fucking funny.”

I asked him if it’s a bit like being back in college, when you have to first clear it with your roommate before bringing a hookup back to your dorm room.

“Right, exactly,” he said. “Except with this weird, added layer of pathogen.”

For relationships like John’s, that added layer of pathogen, however unfortunate, has actually highlighted the couple’s strength.

“It’s always interesting to see how a partner deals with crisis,” said John. “I suspect that the larger virus context has made us think a little bit harder like, ‘Oh yeah, could I be in a house with this person for two weeks without wanting to start pulling my hair out?’ In our case, the answer is yes.”

For other couples, however, this new level of pathogen-enforced domesticity can have the opposite effect, shining a black light on weak spots in the relationship and bringing a premature end to the honeymoon phase.

“I think the intensity of the relationship changes, obviously,” said Aaron, 31, who just moved into a studio apartment in Fort Lee, New Jersey, with his girlfriend in early February. “You’re kind of allowed to get bored every once in a while. You don’t necessarily have to be all over each other all of the time. The honeymoon period kind of goes away.”

Those effects can be particularly exacerbated when underlying mental health conditions are present. “Liz deals with depression and anxiety,” Aaron told me. “So that’s been really hard for her, obviously, but also for me trying to navigate how to best help her, how to cope with all of this going on in addition to the stress of just moving and everything else while also trying to create healthy psychological boundaries for myself.”

The recent move marks the first time Aaron has ever lived with a significant other, and while he maintained a convincing level of cautious optimism throughout our conversation, moving in with a partner and then suddenly becoming quarantined together seems a bit like going straight from doggy paddling in the shallow end to swimming the English Channel.

That intensity “makes me feel like this relationship has a robust strength to it that can kind of overcome all of this going on,” said Aaron. But, he added, “I’m interested to see how things progress as this situation unfurls. Are we going to be at each other’s throats in two weeks’ time? I don’t know.”

Relationships, to some extent, are always a matter of timing and circumstance. For many couples, the effects of the coronavirus pandemic have brought that reality into razor-sharp focus, for better or worse.

A few days after I spoke to Aaron, he sent me this text message:

“An interesting thing just happened. We broke up. In our year-long lease apartment. In a snowstorm. In the middle of a global pandemic. Lots of fun. I’m packing some things and headed to New Hampshire to stay in an empty condo in the mountains for a bit. Continue to be safe and healthy.”

Names have been changed 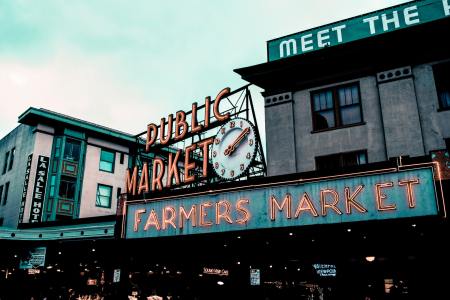