From muskies to marlins, inexperienced anglers need not apply.

The sun is pounding your neck and forearms, and you’re starting to feel like it’s time to call it in. The fish have bitten today, but barely hooked, and none are the exact species you’re looking for. Put your rod and reel down for a moment, take a seat in the shade. This list is for experienced anglers who have the skill and gear needed to pull in the most prized fish on the planet — but just need a little guidance on where to go, and what exactly they’re up against.

Muskies are known as the “fish of 10,000 casts” for a reason. An elusive predator with razor-sharp teeth and a picky pallet, specific gear is needed to fish for the muskellunge — they reach up to five feet long, and can put up a strong fight against the most seasoned of anglers, including Animal Planet’s Jeremy Wade. There’s also a matter of practice: Musky Hunter Magazine says that learning how to cast large bait cast gear, as well as getting to know your local musky-filled waters, is key to success in catching the prized fish.

Also, stock up on a state-of-the-art sonar system with GPS before you head out, so you know where muskies are hanging out. If you’re dead-set on scouting out a spot known for its musky population, Musky Hunter suggests trying your hand on Green Bay, Lake Vermillion, Mille Lacs or Lake of the Woods. 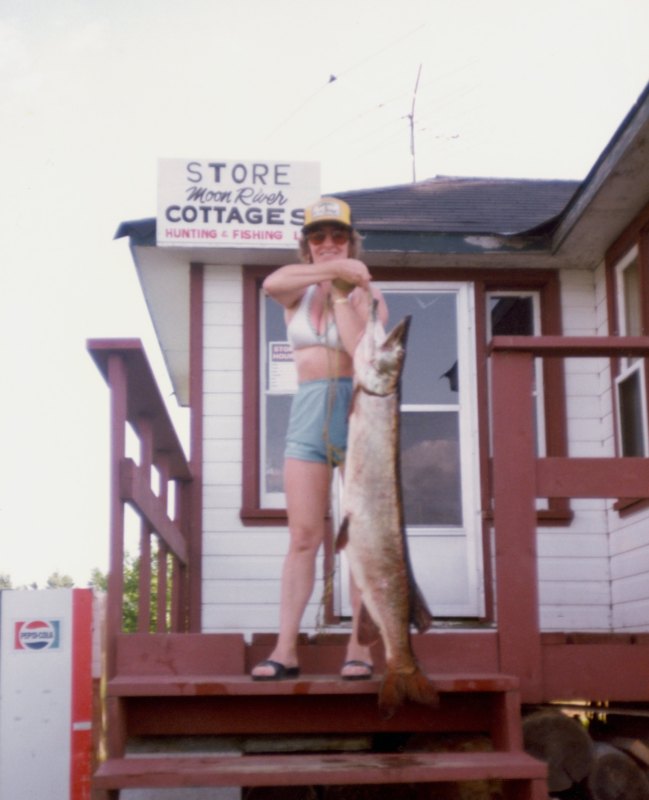 With speeds topping 60 miles per hour, you’ll know if you snagged a wahoo because your reel, quite literally, will be screaming. “There’s not much else that can pull line off the reel like a big wahoo,” Capt. George McElveen told Sport Fishing Magazine. If you want to add a wahoo to your trophy list, there are a few methods you can use, including high-speed trolling, spreading, using wild-colored lures and fishing with live speedos on the kite.

Northeast Florida and off the coast of Louisiana are perfect, warm places to hook wahoo, as well as nice-sized kingfish and yellowfin tuna. 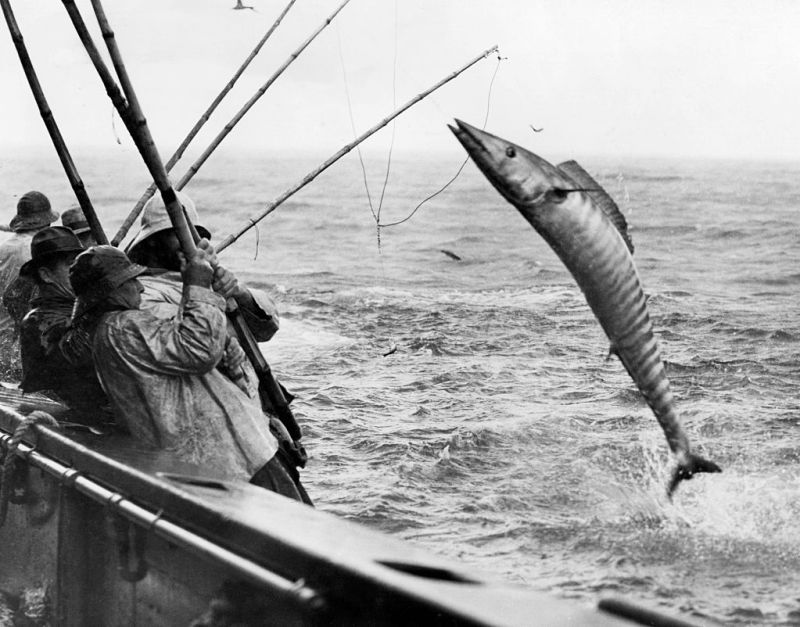 Seen in high-end sushi restaurants as toro or chutoro, you’re paying top dollar for those cuts of meat for a reason. By top dollar, we mean top — this is the most expensive fish in the ocean, according to the Ringer. (In 2013 someone paid $1.76 million for a 489-pound bluefin. That’s how coveted this fish is.)

The trick to catching these massive suckers — which reach up to 1,000 pounds and reach lengths of 10 feet — is finding them before the competition does. Head up to Nova Scotia in Canada for giant bluefin, or down to San Diego if you prefer the sunshine. You can also bag these in Puerto Vallarta, Mexico, or in Cape Cod, Massachusetts.

And if you’re eyeing the next few months to get out your rod and reel, we recommend doing so sooner rather than later— the possibility of a ban is being mulled to protect the populations, which are in danger because of how hot of a commodity the fish is. 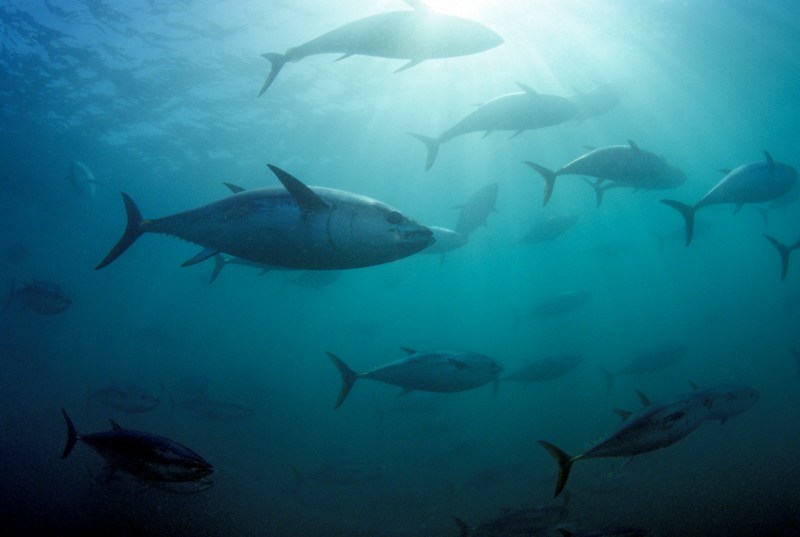 The Apache trout is difficult to catch simply because there aren’t very many of them left, and they’re only found in White Mountain lakes and streams on forest and reservation lands, per the Arizona Game and Fish Department. It’s the state’s official fish, and it’s endangered, which means you should probably make this a catch and release only fish — at least until the department starts to see returns on their active recovery and management plan to get the population numbers up.

Growing from between 6 and 24 inches, the department notes that artificial flies are best when hooking Apache trout, and the meat is delicious. 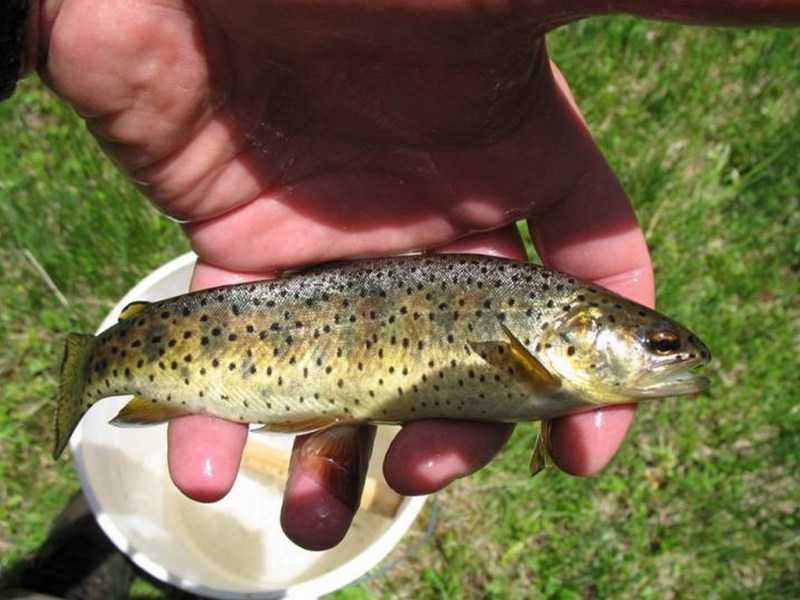 Roosterfish are coveted because they look cool, period. Their dorsal fins are some of the rarest in the fishing world: Seven long spines protrude from their backs, giving the fish its namesake “rooster comb.” Though they’re not necessarily as difficult to catch as, say, a musky, they’re prized and put up a protest when you get them on the end of your line.

“Though they’re very fast and strong fighters, the greatest appeal roosterfish have is their appearance,” Jad Donaldson, a fly-fishing guide from Oregon told the New York Times. “Roosters are exotic, even sexy — and I don’t often use that word to describe fish. They’re the Liz Hurley of sportfish, as far as I’m concerned.”

We want to hang out with the Liz Hurley of anything, so if you’re with us, book a fishing trip to the East Cape of Baja California, where the Times reports that they’re within striking distance from the beach. More of a deep sea kind of guy? Head out to the Pacific coast off mainland Mexico, Costa Rica or Panama. Oh, and don’t use artificial bait. You’ll embarrass yourself. 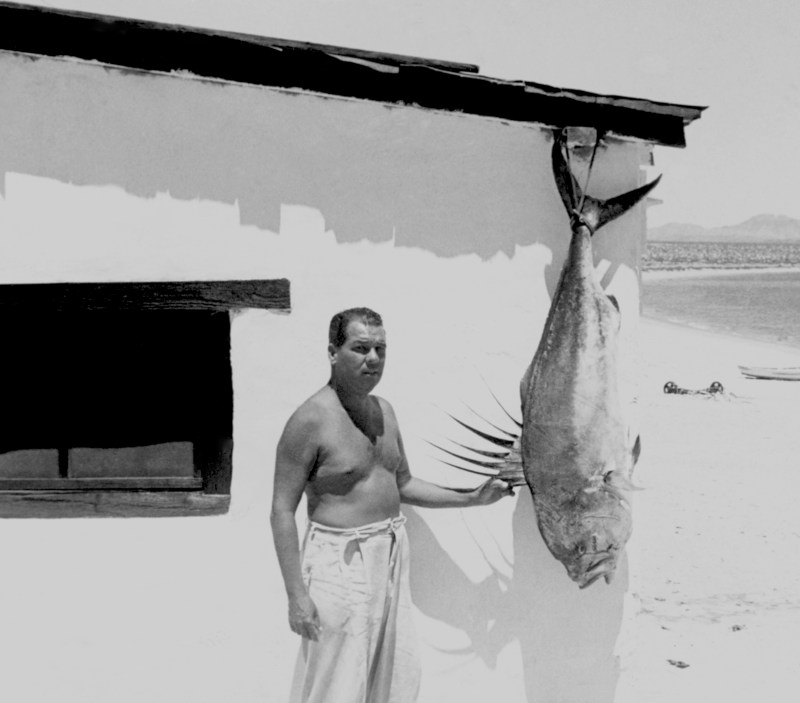 With razor-sharp teeth and a reputation for attacking humans, Animal Planet’s Jeremy Wade reports the Goliath tigerfish is the “the hardest freshwater fish in the world to hook and land.” That’s because of its limited range in the Congo, it’s difficult to find, and it shreds bait. “Most fish will escape, often within the first few seconds,” Wade said. “The main challenge is rigging the bait…you’ve got to have more than one hook, but if you have too many hooks, this fish won’t even look at your bait. It’s by no means a dumb predator.” 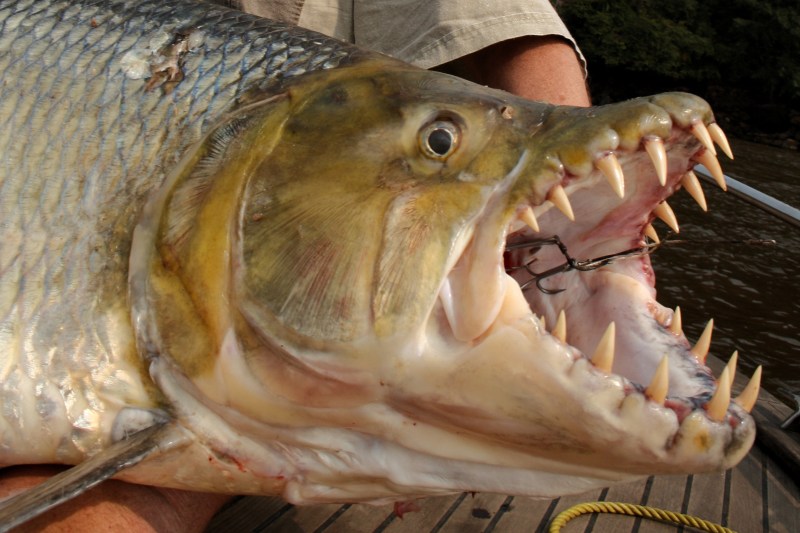 We know you’ve been waiting for it this entire list — the ultimate trophy fish. Catching a blue marlin of your own requires patience, will and endurance. Huk Gear reports that these fish are most at home “in warm, tropical waters like the Gulf of Mexico, Caribbean Sea, and coasts of the Bahamas,” but you can also head out to Hawaii, Portugal or Australia to embark on the fishing endeavor of a lifetime. (Just calculate how much it’ll cost to have that baby shipped back to your homeland.)

While you’re out there, you can troll behind the boat while searching for marlin, but we recommend you catch your own bait, hook it up and toss it back in. Then, the waiting game begins, and it can take ages. Seriously, check the weather before you head out — it’s going to be a long one — but the payoff will be worth it. 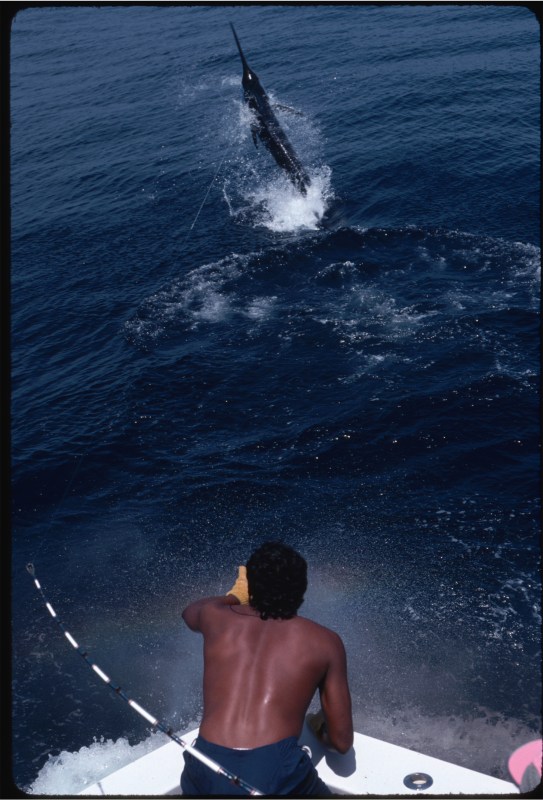 The ship’s mate prepares to wire a blue marlin which leaps from the water. | Location: Flamingo Bay, Costa Rica. (Getty)

Are there other fish you think we should put on our list? Come talk to us on our Facebook page.

What Yankee Fans Did Yesterday Was Absolutely Abhorrent
The Paloma Is the Ideal Drink for Summer
These Are the Only 5 Bourbon Bottles You Need
Arrival of Jumping Worms Suggests California Might Be Experiencing the Apocalypse
Trevor Bauer's MLB Suspension Could Impact Baker Mayfield's Future in NFL
Mick Jones and Paul Simonon on The Clash’s “Combat Rock,” 40 Years Later