Our 18 Favorite Bay Area Hotels, and the Best Use Case for Each

Looking for a $10k-a-night suite? Or just a good view? 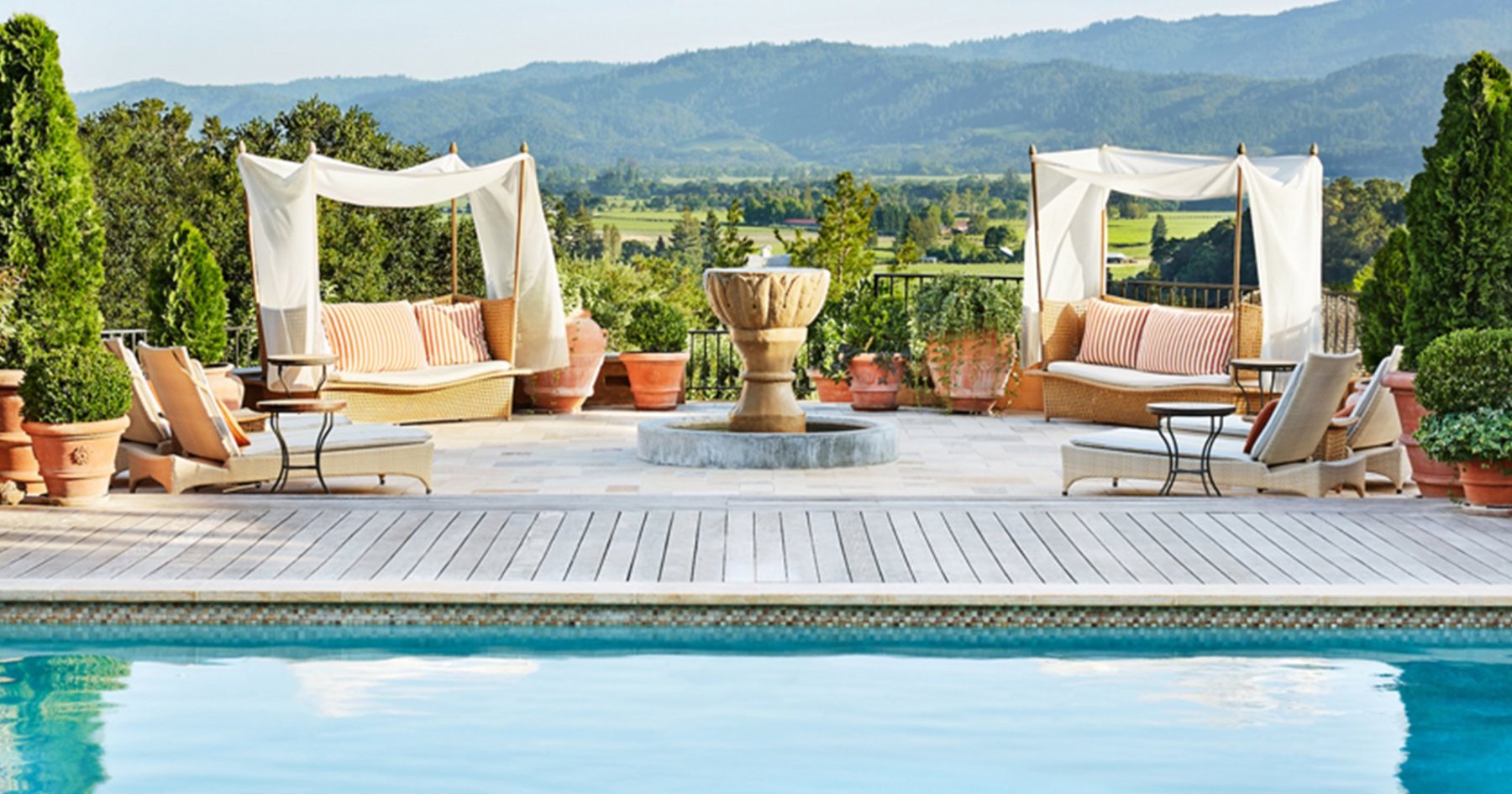 Calling a hotel “the best” is a subjective endeavor.

For some, it’s all about location. For others, it’s space. Then there are those who need a quirky amenity or two to tip the scale.

But there’s no need to choose a favorite here. Because today, we’ve compiled a list of 18 superlatives to celebrate the Bay Area’s top hotels for a variety of use cases.

From a penthouse fit for a king and his retinue, to the best views in town and out, to our favorite aprés-ski scene in Tahoe.

Checking in, please and thank you. 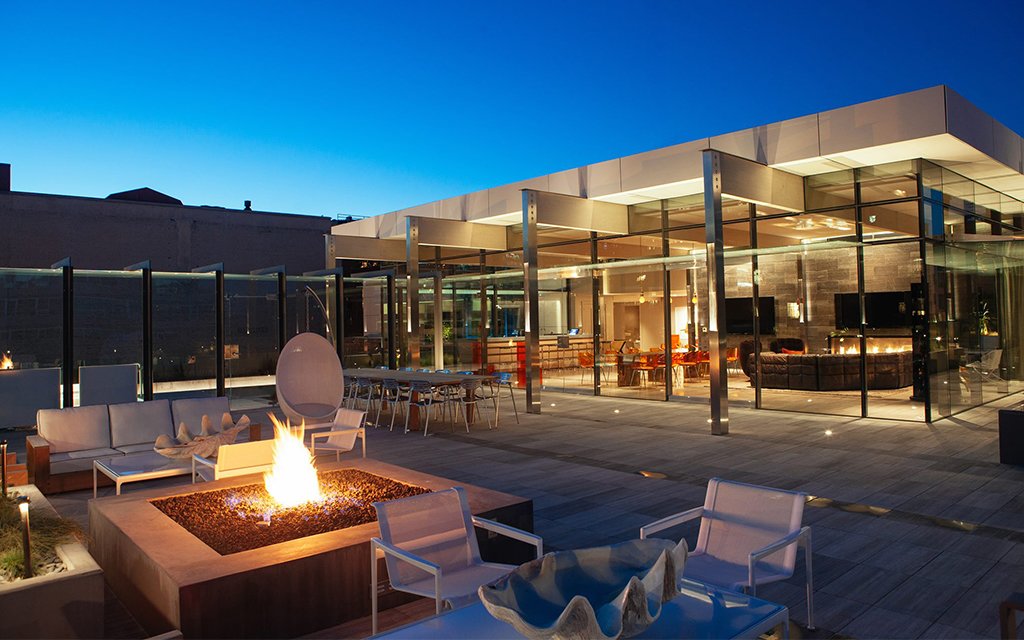 Suite Most Likely to Have Its Own Zip Code
Sixty-two-hundred-square-feet: The Penthouse at the Battery is the size of a five- (or six-) bedroom house. It’s .15 of an acre. It’ll cost (around $10K), but you’ll definitely have room for your family, assistant, au pair, butler, nannies, horses, etc. etc.

Glampiest Glampsite
Unlike many of our canvas-tent glamps (and even their new location in Yosemite), AutoCamp’s Russian River glamp is open year-round — which means we can spread out on their memory-foam mattresses, use the Malin + Goetz amenities, and just generally camp luxuriously all through the winter. Book now for President’s Day and Martin Luther King Day weekends; New Year’s Eve is already sold out.

Top Prospect for 2019
Put it on your calendar: The new Virgin Hotel opens on January 11 at 250 Fourth Street (just two blocks down from the Mosser, for what it’s worth.) We’re especially interested in the rooftop bar, which looks set to compete with our existing favorites for superior drinks/views. 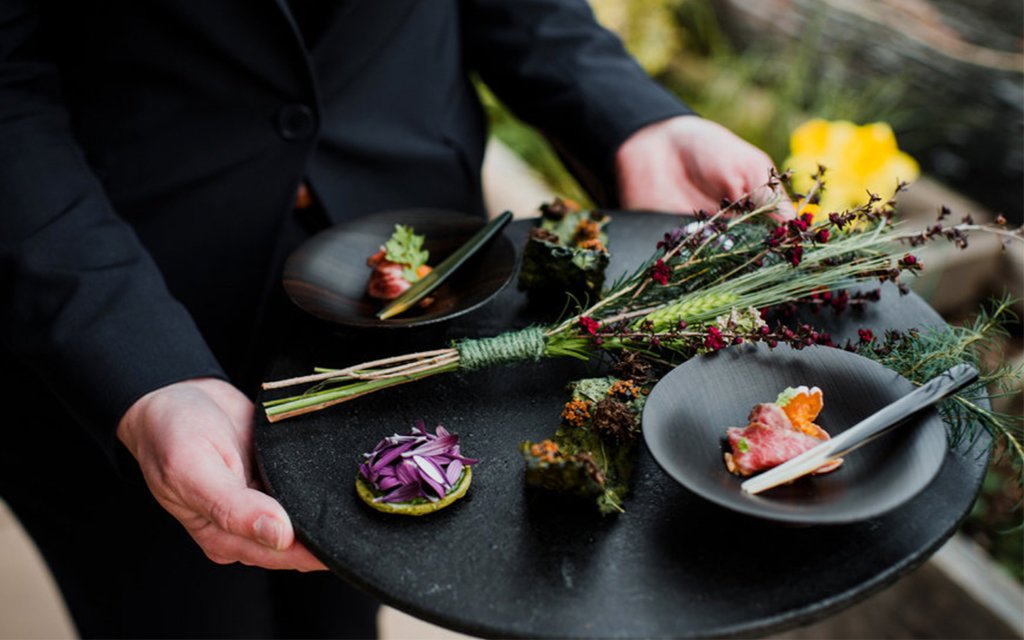 Best In-House Dining
You cannot beat Single Thread Farm. Sure, the restaurant has its two Michelin stars, but only guests get a taste of the private in-room dinner: the donabe hot pot dinner. (A “donabe” is a type of Japanese clayware hot pot.) Breakfast is also in-room, and equally exceptional.

Best Hotel Ghost
Though the Palace has the ghost of President Harding (pretty good, even if he was until recently the worst American president), the St. Francis has room 1219 — where Al Jolson died, and which he reportedly haunts. 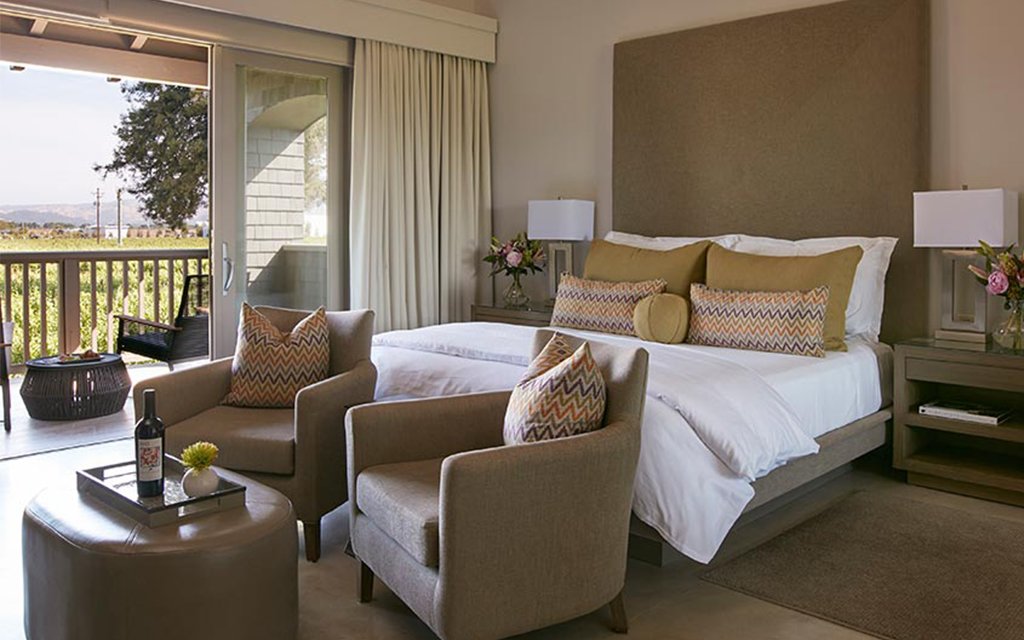 Hotel Room Actually Closest to Grapevines
Just look out the window of a Vineyard Suite at Napa Valley’s Senza, and you’ll see grapes. It’s all thanks to winemaker/owners Kathryn and Craig Hall, who produce both cabernet sauvignon and pinot noir under their Hall and Walt labels.

Best Hotel When You Absolutely Positively Must Have Good Weather
Who knows? Ask a Bay Area realtor (we did), and he’ll say that the most reliably good weather in the Bay is Palo Alto’s — but do you really want to go to Palo Alto for a stay at the Nobu? Anecdotally — and any conclusion about weather here must be anecdotal — we’ve only had stellar weather at Auberge du Soleil in Napa. 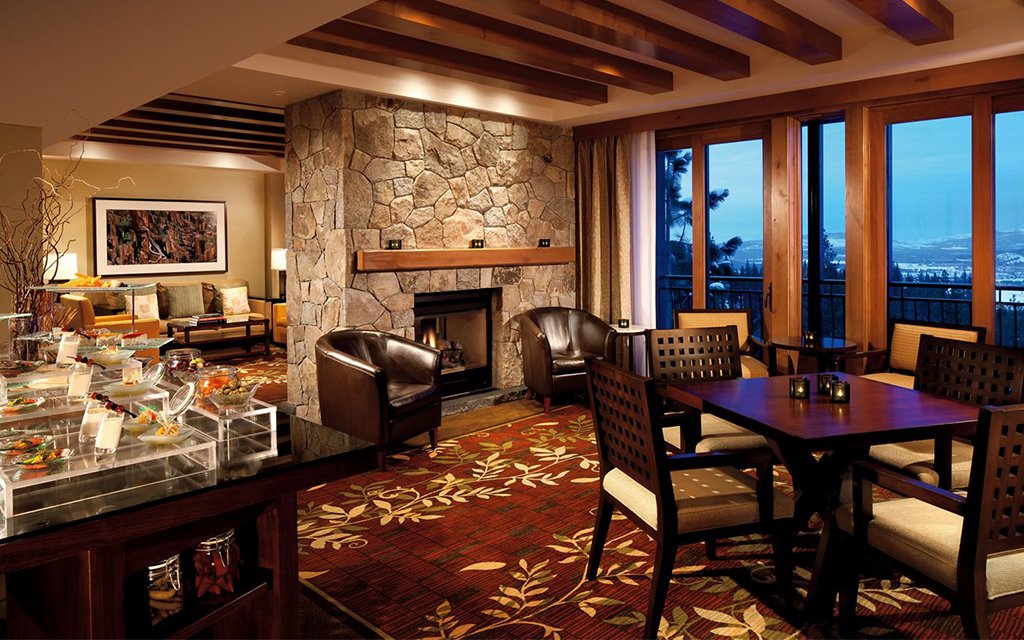 Best Tahoe Hotel Apres-Ski Scene
Whether you’re there for the s’mores-centric Marshmalogy program, the humungous firepit, or the ski-in/ski-out access to Northstar, the Ritz-Carlton offers the superior post-ski libations.

Economy Hotel That You Are Most Likely to Forget Is an Economy Hotel
Lose your keys? Piss off your room-/bedmate? So tired you just want to crash, as quickly as possible, and as cheaply as possible? You can do worse than the Mosser, with good-enough rooms a couple steps off Market Street — and not in the Tenderloin. We’ve seen last-minute deals in the mid-two figures. 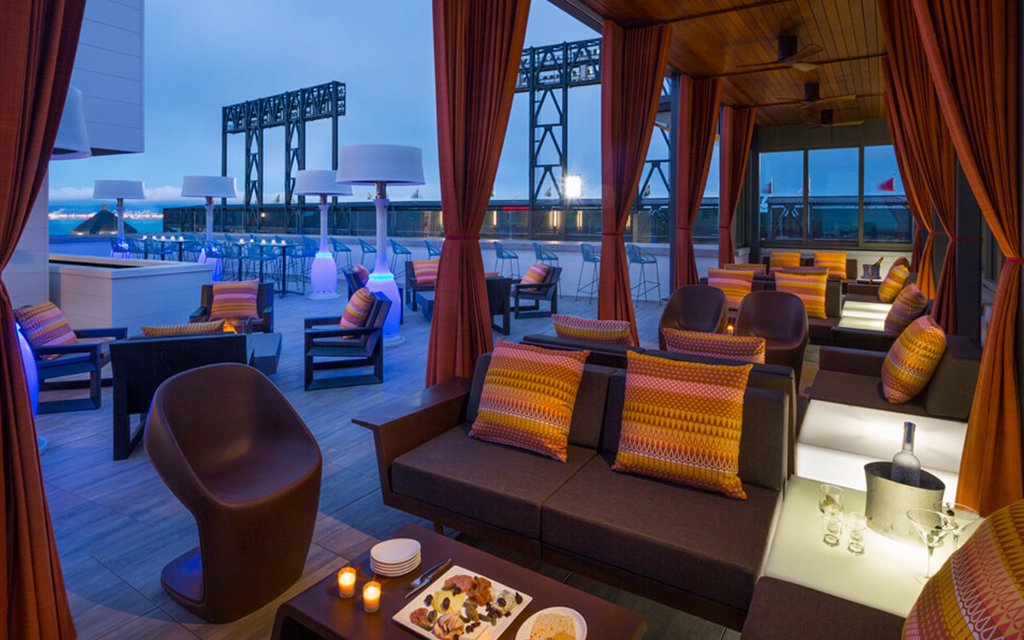 Best Hotel Rooftop for Pre-Bed Schmoozing
Until we see what the new Virgin on Fourth Street has to offer, our money is still on the Via, especially if you’re headed to a ballgame.

Weirdest Amenity That Is Actually Quite Useful
Sherlock and Watson are cats on the job at the Lodge at Orr Hot Springs, and they will both be adorable and kill mice.

Best Room With a View (City Edition)
This is one of the tallest buildings in the city, with the Loews Regency San Francisco occupying the top 11 floors (of 48). That makes for killer views of, basically, everything. Get a drink at the Skybar (hours: 4 p.m. to 8 p.m., closed Mondays, Sundays, and during the winter) — or if you can, figure out a way to get access to the Skydeck, available for meetings, parties, and the like. 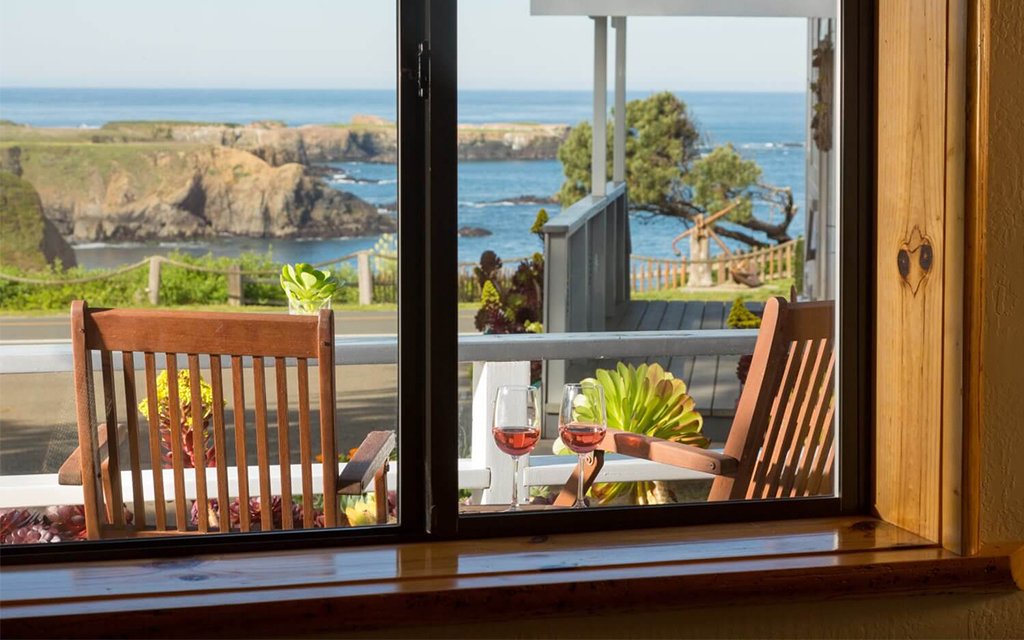 Most Over-the-Top Perfect, Chef’s-Kiss-Emoji Dining Experience
You’ll be staying at Campton Place — and more crucially, dining at Srijith Gopinathan’s two-Michelin-starred tribute to Calindian cuisine. (By the way, here’s the chef’s top picks for where else to eat in town — including his favorite huevos rancheros.) 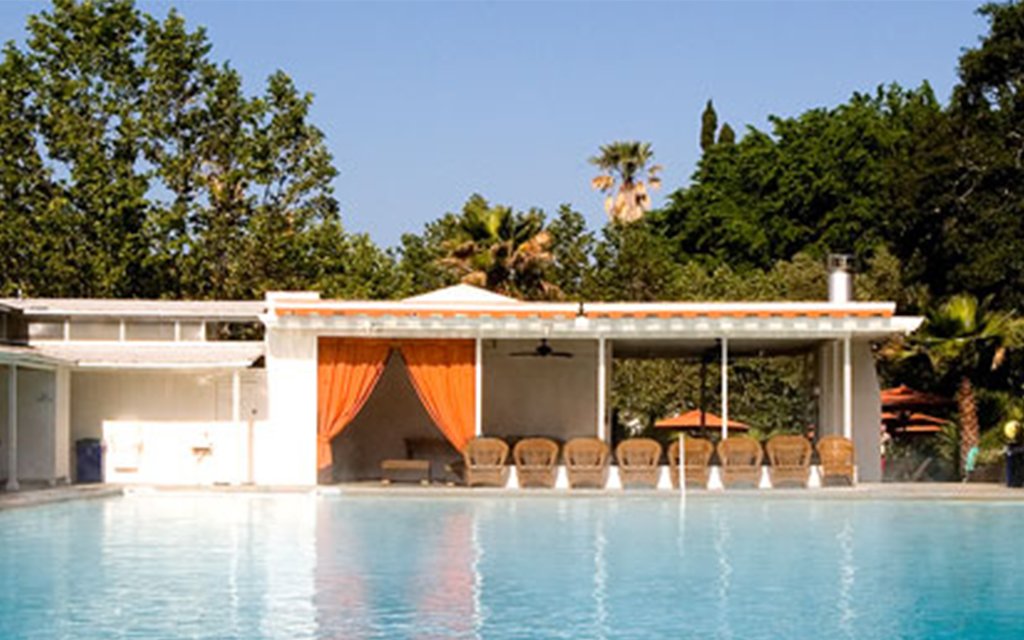 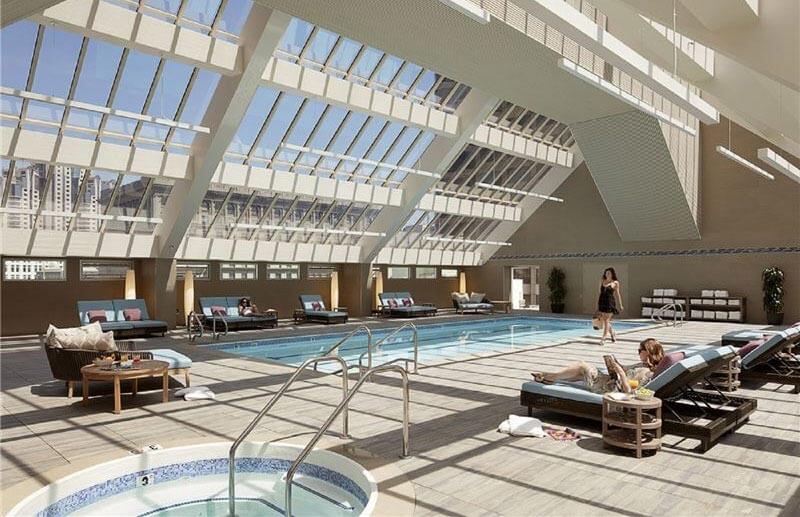 Best Year-Round Swimming Experience (Outdoor/Indoor)
Outdoor: It has to be the thermal mineral pool at Indian Springs, which stays year-round at a comfortable 92 – 102 degrees. Indoor: The 15-meter heated pool at Hotel Nikko in Union Square.

Absolutely Positively Sexiest Hotel Experience
The Proper is the sexiest hotel in S.F. — thanks in part to the Kelly Wearstler-designed lounge, and partly to the rooms’ chic black-and-white decor. Plus Villon, the Proper’s restaurant, looks like the setting of the first evening of a forbidden romance.

Our Choice for the Best Humble-Yet-Relaxing Staycation
The Hotel del Sol is probably close to your apartment (if your apartment is anywhere near the Marina), cheerful, and possessed of a pool. There are worse places to hide for a couple nights.

The Hotel For When You Want to Feel Like a Scandinavian Royal
Discreet. Super-luxe. Steps away from grapes. Napa’s Ink House is suitable for visiting royalty — as long as that royalty is from a budget-minded Scandinavian country, and suitably disdainful of excess luxury. 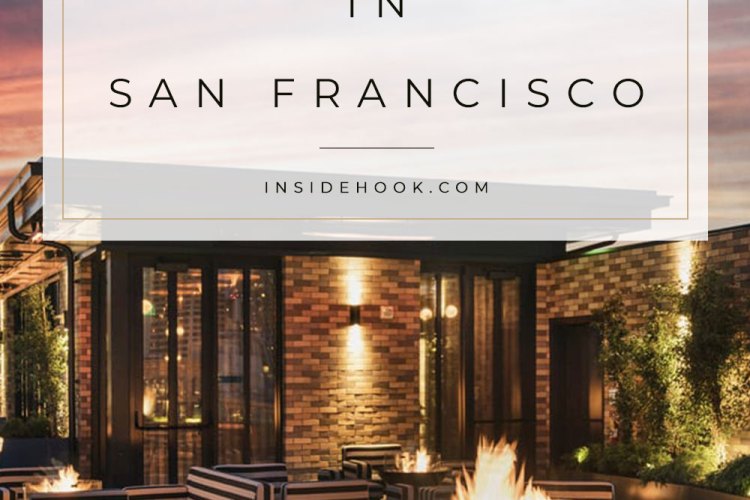 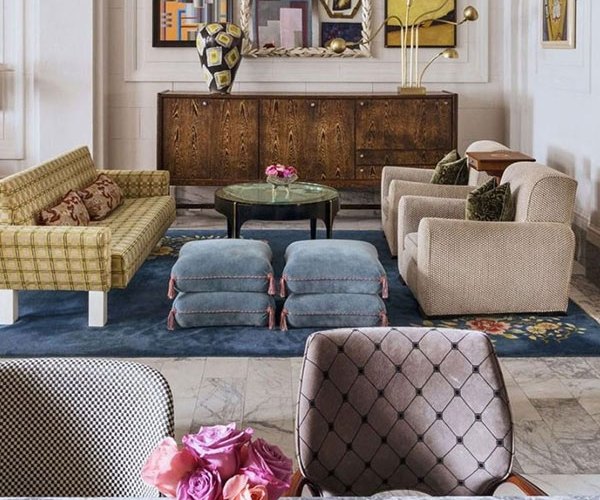 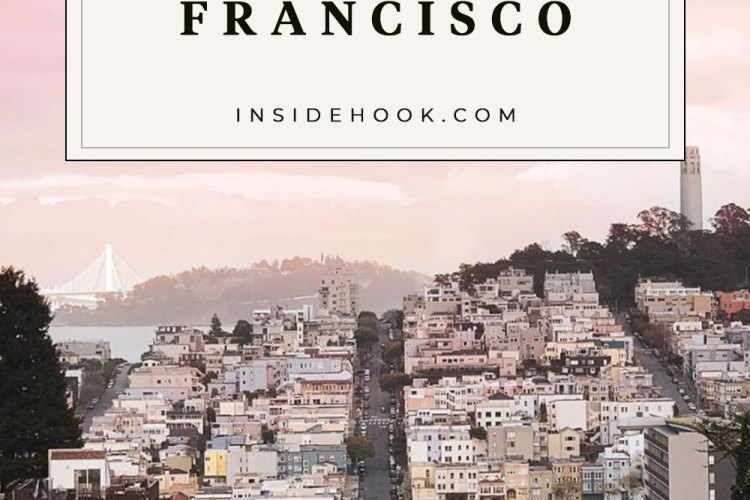