Brace Yourself, Gen X: The TGI Friday’s You Know and Love Is Dead

Friends, the TGI Friday’s you grew up with is dead.

Or about to be. Because nothing gold — or kitschy — can stay, the stalwart chain is now testing a new interior design style: “a muted Scandinavian-style aesthetic.”

It’s a wholesale repudiation of the look central to the TGI Friday’s mythos: an aesthetic birthed in somebody’s dad’s garage, with Alaskan license plates, artfully mismatched pairs of fishing rods and random things that light up in unpredictable patterns and colors.

It’s all been replaced by pale woods, angular chairs and pastel upholstery. The Kinfolkization of world décor has claimed another victim. Prepare yourself for a TGI Friday’s that wants you to Instagram its soothing good taste.

Of course, anyone who’s ever been to a TGI Friday’s knows that good taste, or even things that taste good, was never the point. The point of a TGI Friday’s? To calculate the exact number of Peach Sangrias that will permit a sober drive home. To confidently pair the Ghost Pepper chicken wings with a pinot noir. To split a single Mocha Mud Pie between seven high school seniors who want their portion on seven separate checks. To hook up.

Sure, the ’80s might be at the top of the nostalgia leaderboards thanks to The Goonies/Stand By Me mashup Stranger Things. In fact, you know Mike, Lucas and Dustin are going to end up at Friday’s in a few years, presumably after the Snow Ball. They’ll roll their eyes at the fishing nets and license plates, and they’ll have a chance, now soon forbidden to us, to revel in celebratory schlock — in the design aesthetics of chicken wings and beer, instead of bland wood and the cleanest of clean lines. 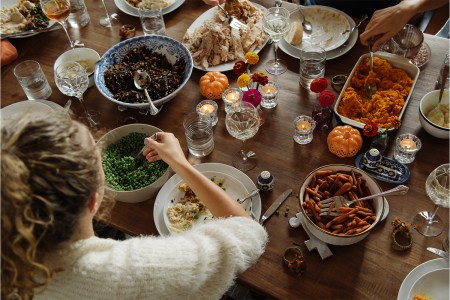