Too Quiet? Security Official Wary of Russia’s Cyber-Silence Ahead of Midterms

Russian hackers are believed to be continuing with fake news push.

A silhouette of a man in a balaclava mask sitting at a laptop computer, with computer code in the background. Sergei Konkov/TASS (Photo by Sergei KonkovTASS via Getty Images)
By Lee Ferran

As voters across the country count down to the 2018 midterm elections, attention has been fixed on Russian attempts to flood social media with a fake news campaign, but there has been little hint of a larger hacking campaign on election infrastructure.

But at least one top security official says that inactivity that exactly makes him concerned.

“We’re not seeing anything remotely close to 2016,” Christopher Krebs, under secretary for the Department of Homeland Security’s National Protection and Programs Directorate (NPPD), told reporters last week. “I’m kind of paranoid by disposition anyway. When I’m not seeing a lot of activity, that gets me thinking through some worst-case scenarios.” 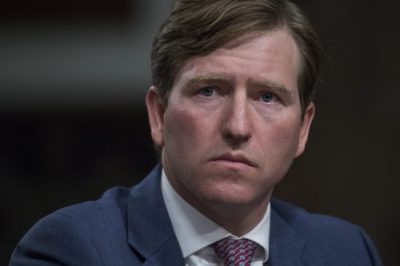 Krebs was specifically talking about the relative lack of scanning or probing of networks and equipment related to election infrastructure this year. That’s contrasted with the run-up to the 2016 presidential election in which top DHS officials later said it appeared Russian actors had scanned, probed or infiltrated election-related systems in all 50 states. There was no evidence, the officials said, that the hackers changed any votes or vote tallies.

This time it’s been too quiet for Krebs.

“What might they be doing? Might they be waiting for 2020? Or might they have other plans that they could trigger in the intervening two and a half weeks?” he said.

That’s not to say Kremlin-backed actors have totally shut down shop. Last week the Department of Justice charged a Russian national who was allegedly involved with St. Petersburg so-called “troll farm” that was dedicated to Russian influence operations online and on social media.

Those kinds of operations, where the trolls create hundreds of fake American-looking accounts to spread propaganda and divisiveness online, have continued unabated, officials have said.

“The strategic goal of this alleged conspiracy, which continues to this day, is to sow discord in the U.S. political system and to undermine faith in our democratic institutions,” U.S. Attorney Zachary Terwilliger said when announcing the charges against the Russian national.

In February special counsel Robert Mueller indicted 13 Russian individuals and three Russian businesses for their purported roles in the influence operation. One of the businesses, Concord Management and Consulting, has pleaded not guilty to one fraud-related count and has put up a spirited defense in court through an American law firm. Moscow has denied the broader allegations about election influence. 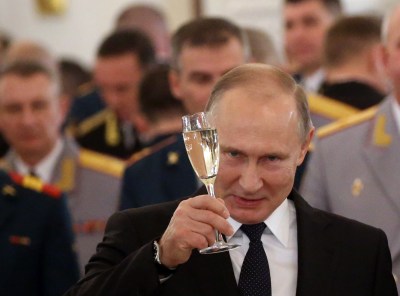 Both Facebook and Twitter, the platforms on which much of the activity occurs, have announced renewed efforts to identify and take down inauthentic accounts.

Last week Twitter also released what one researcher called the “motherlode” of data related to influence operations traced to Russia and Iran, including more than 10 million tweets from thousands of accounts.

The data showed that while the Russians allegedly worked hard to divide Americans, they first honed their social media skills by targeting Russian speakers much closer to home.

“Particularly in the Russian dataset a lot more of the content was in Russian than in English,” Ben Nimmo, an information defense fellow at the Atlantic Council’s Digital Forensic Research Lab, told ABC News. “It’s a really important reminder that the Russian troll farm started out as a tool of domestic repression. It then became a weapon abroad… They adapted it to the U.S. audience.”

With just two weeks to go before the midterms, officials are warning voters to beware of foreign influence activity online and to be careful about the sourcing of the news posts they spread.

And though they haven’t seen it yet, Krebs said election officials have their eyes wide open looking for more direct hacking attempts.