Are Protests Like ‘March For Our Lives’ Ever Successful? 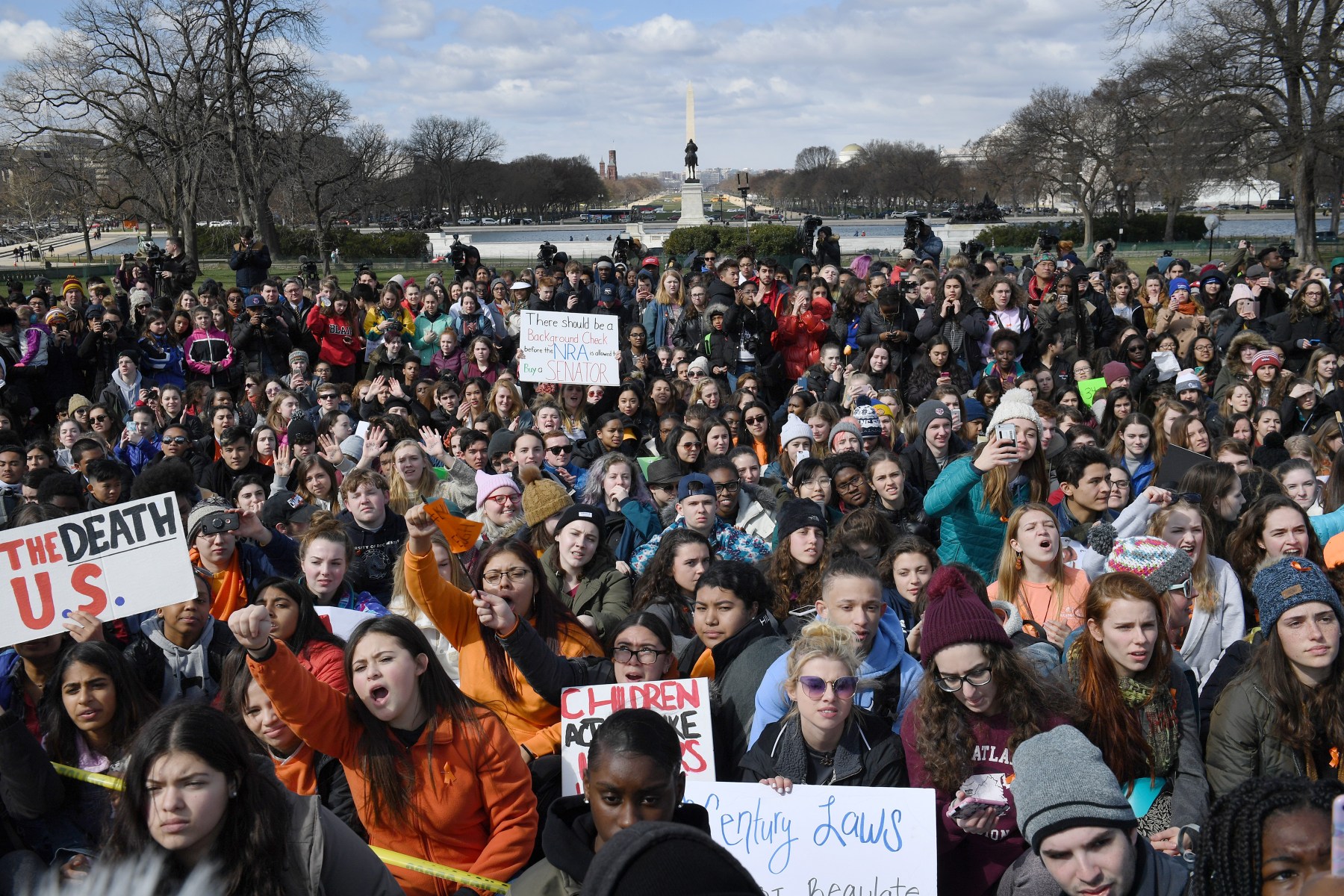 On Saturday, 500,000 people are expected to descend on Washington, D.C. for the March for Our Lives rally, an anti-gun violence demonstration led by the survivors of the Parkland, Fla. school shooting. Thousands of students are planning to go, many of them under 18, and similar protests are planned across the nation. Back in January, more than one million people took to the streets for the second annual Women’s March (the first drew over four million people worldwide). In late January 2017, tens of thousands of people in over 80 U.S. airports protests Trump’s first travel ban, which, if they hadn’t been blocked by two federal judges, would have temporarily barred refugees and immigrants from seven majority-Muslim countries.

But do protests like ever actually bring about change? 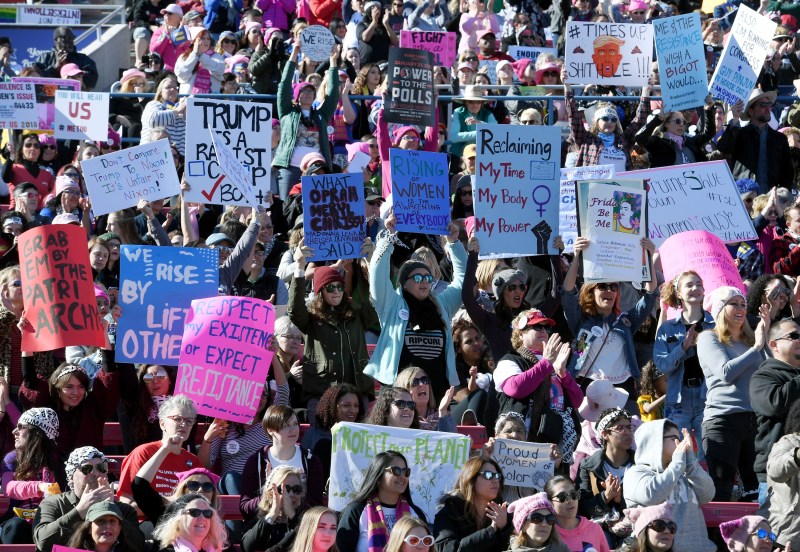 Attendees hold signs during the Women’s March “Power to the Polls” voter registration tour launch at Sam Boyd Stadium on January 21, 2018, in Las Vegas, Nevada. Demonstrators across the nation gathered over the weekend, one year after the historic Women’s March on Washington, D.C., to protest President Donald Trump’s administration and to raise awareness of women’s issues. (Ethan Miller/Getty Images)
Getty Images

The Washington Post reported in January 2018 that between Jan. 21, 2017 and Dec. 31, 2017, there were more than 8,700 protests recorded in the United States. About 74 percent of those protests were either against Trump administration policy or about issues that conflicted with the president’s viewpoint.

For a protest to be successful, it must have a clear goal, Fabio Rojas, a sociology professor at the University of Indiana and author of From Black Power to Black Studies: How a Radical Social Movement Became an Academic Discipline, told RealClearLife. Though this may seem obvious, not every major protest has had a specific goal they were trying to communicate. Rojas gave the example of Occupy Wall Street in 2011. Though thousands participated, Occupy had a broad goal that wasn’t clearly defined. By the time the protest ended, Occupy had spread to more than nine hundred cities worldwide, but no U.S. policies had changed.

Meanwhile, Rojas said, the Civil Rights movement was “so successful in the 1960s because if they had something they wanted to protest, they had a council of people and they’d execute (a plan).” It took years of planning and execution, but policies and laws did change.

Are They Just Noise?

In their book, Inventing the Future: Postcapitalism and a World Without Work, academics Nick Srnicek and Alex Williams question the effectiveness of marches and protests, calling them “folk politics. The authors say protests are more habit than a solution and there are structures in place in the modern world that marches and protests ignore. On top of that, the protests are fleeting.

“This is politics transmitted into pastime—politics-as-drug-experience, perhaps—rather than anything capable of transforming society,” Srnicek and Williams explain, according to The New Yorker. “If we look at the protests today as an exercise in public awareness, they appear to have had mixed success at best. Their messages are mangled by an unsympathetic media smitten by images of property destruction—assuming that the media even acknowledges a form of contention that has become increasingly repetitive and boring.”

But economists from Harvard University and Stockholm Universities say that protests do matter, even if it is not in the way you might think. Their research shows that the protests get people politically activated. 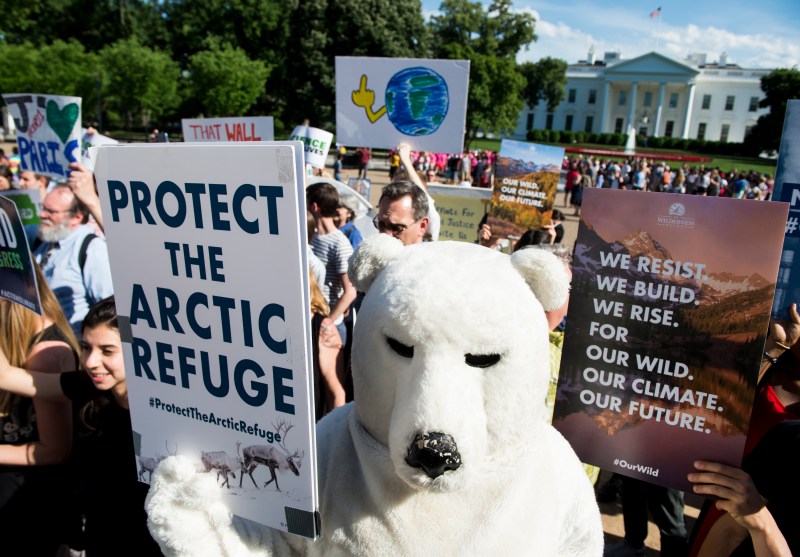 Environmental activists protest in front of the White House after President Donald Trump announced he is withdrawing the United States from the Paris climate accord on Thursday, June 1, 2017. (Bill Clark/CQ Roll Call)
CQ-Roll Call,Inc.

Rojas told RealClearLife something similar. He said if the students leading Saturday’s protest can get voters involved and can also start applying political pressure, that’s when changes could come — but it won’t happen immediately.

“If these students go out and do television appearances, that’s their free speech rights, but then I think the question people should ask is: Okay, what is the next step, now that you have the attention that people are looking at you, how are you going to turn that into voters punishing the candidate for looking the wrong way, how will that be turned into political pressure?”

Rojas said one major example is the bus boycotts during the Civil Rights movement. At a certain point during the planning of the boycott, someone raised the valid question: “How will we get to work?” People needed to keep making a living. So the organizers started collection services at churches, and then using that money, they created a system of cabs so that everyone could keep their job, while also forcing the bus system to lose thousands of dollars.

“When you show me what are you doing to make the other side miserable, that’s when I can tell you’re serious,” Rojas said.

Making Sure It Resonates

Finally, the message of a protest also has to resonate with the wider public. Having people on the inside of the group you’re targeting is helpful, but the movement goes further it reaches the public. The Washington Post writes about this as well, saying that this can happen in two ways: core supporters can persuade others (maybe through social media), or they “could frame their grievances and goals in a way that appeals to core values such as patriotism, equality and freedom, to name a few.”

“If you go in and say this is the ‘American way, this is what Americans want,’ that is better than if you reject the mainstream,” Rojas said. “You have to resonate the mainstream at least a little.”

Research has shown other factors to making a protest work — some say it needs to last longer than a day, others say it needs to remain nonviolent — and while there is no perfect formula to protests succeeding, most of the successful ones have consistently succeeded in at least one of the factors mentioned.

As for what happens last Saturday, a successful movement, Rojas said, requires planning out the details of each action within the movement. These nuts and bolts are “not sexy, they do not get you on TV, but they are the real stuff that has to get done in order for a movement to work.”